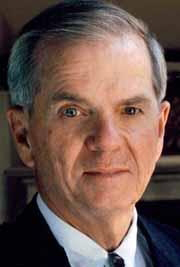 He grew up on the family farm in Lawrence and then attended Kansas State University, earning his bachelor’s and master’s in science, focusing on agriculture and business. He served his country through ROTC during college and finished as a lieutenant in the U.S. Air Force.

Floyd met Patricia Childers, and they married June 7, 1961. He is survived by his wife and three children: Randy (Jenny) Stumbo of Lubbock; Scott (Julie) Stumbo of Kerrville; and Shelly (Jerry) Lewis of Southlake. His seven grandchildren include: Katie (Colton)Owsley and Sean Stumbo; Zackary, Breana, and Cutter Stumbo; and Cole and Claire Lewis. Preceding him in death were his parents, four sisters, and his only brother.

Floyd was a member of the Broadway Church of Christ in Lubbock, and a deacon and elder for many years. He had a servant spirit and was confident in his faith.