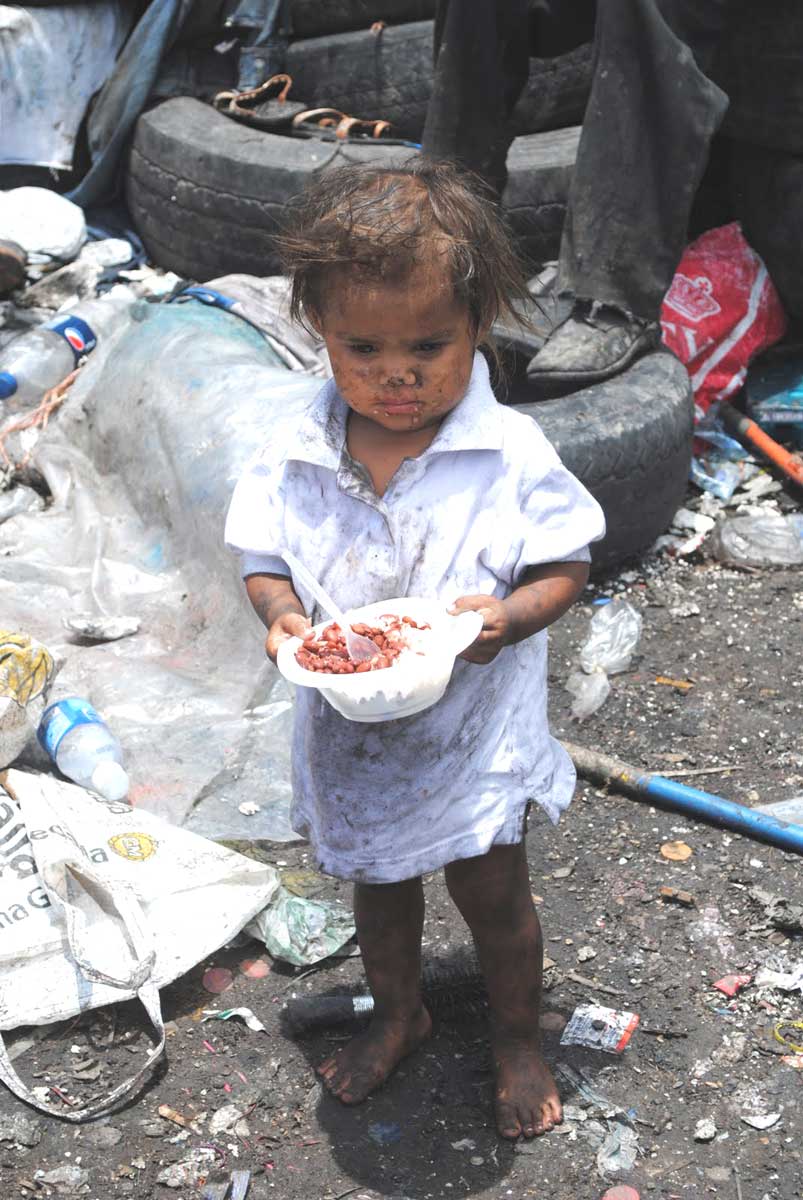 A child eats food given by missionaries in a Honduras dump. (Photo from www.treymorgan.net)

Trey Morgan reports that Dump Day, a benefit to feed Hondurans who live at a garbage dump near Tegucigalpa, raised about $50,000, thanks in part to a matching.gif?Action=thumbnail&Width=460&algorithm=proportionalt from Bread for a Hungry World.
“I will be the first to admit, my faith was TOO small,” said Morgan, minister for the Childress, Texas, Church of Christ. “I was thinking maybe $10k, but $25k never crossed my mind.”
MIssionaries Marc and Terri Tindall work with Morgan to feed the people living at the dump. Last year, Morgan and other church members hosted a “Jesus banquet” in the dump and served hundreds of people.
Terri Tindall talks about the fundraiser in a blog post.
“God has spoken in an awesome and powerful way that he wants his hungry children fed,” Tindall said. “You have chosen to help many feel less of those hunger pains that so many of us felt today. I was speechless, an event that does not happen very often.”