‘Duck Dynasty’ reigns, but have the Robertsons reached their tipping point? 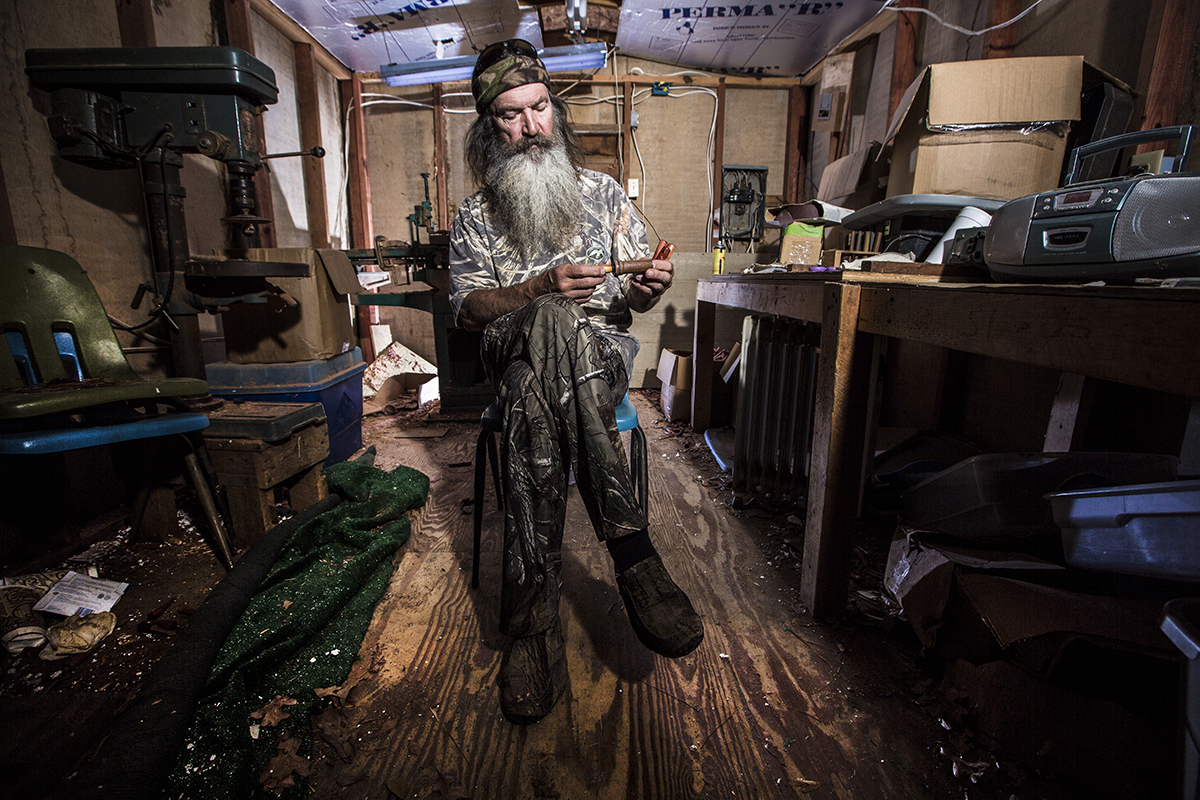 Phil Robertson, an elder of the White’s Ferry Road Church of Christ in West Monroe, La., is the patriarch of the “Duck Dynasty” family. (PHOTO BY KAROLINA WOJTASIK)

Talk about a publishing “Dynasty.”

A&E’s “Duck Dynasty” cast currently has three books on the New York Times Nonfiction Bestseller List, and the matriarch of the Robertson clan, Miss Kay, also has a cook book out. Meanwhile, Alan–the clean-shaven brother who made his debut on the fourth season– released a devotional, which contains “365 days of inspirational messages,” and it will be available in either pink or brown camo (of course) on Oct. 15.

Not content with just five books, the Robertsons are set to release three more books next year, including, “Faith in the Duck Blind,” by Jase Robertson, “Phil-Osophy” Phil Robertson’s second tome, and “The Women of Duck Commander,” a collaboration between Miss Kay, Korie, Missy, Jessica, and Lisa Robertson.

The family has also launched a line of greeting cards, fan T-shirts and they still sell their famed duck calls. … The entire cast appeared on “Fox & Friends” every morning for five-days straight, as part of a highly promoted segment during Elisabeth Hasselbeck’s first week on the show.

Considering the reality show also repeats several times a day on A&E, could this all be too much “Duck Dynasty” for one nation to handle?

See previous coverage of the Robertsons, members of the White’s Ferry Road Church of Christ in West Monroe, La., including The Christian Chronicle’s behind-the-scenes feature on “Faith, family and ducks” and a Dialogue interview with Missy Robertson.