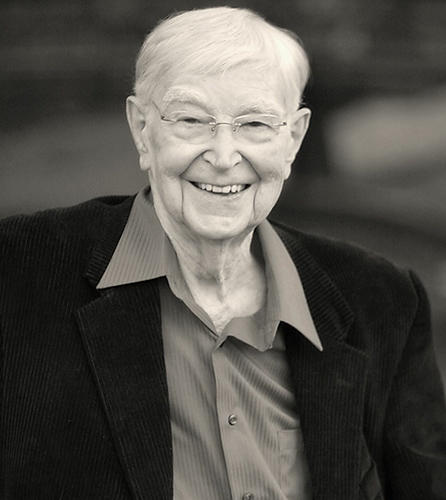 Submitted
Donnie Cleo Barnes graduated from this life early Wednesday morning, Feb. 25, 2015. He was 96 years old. A longtime resident of Dallas, Don was born on May 5, 1918, in Bonham, Texas. His amazing wife, Glenna, predeceased him on March 5, 2001. Don lovingly cared for her as she fought a debilitating disease over the course of the final seven years of their 56-year marriage.

They raised five godly children, all of whom married godly spouses. Don also leaves behind 16 grandchildren and 15 great-grandchildren. He was introduced to one of his great-grandbabies just hours before his passing.
In 1967, the Northside Church of Christ elders determined there was a need to help place orphaned children in Christian homes and nurture families by establishing what became Christian Services of the Southwest,now called ChristianWorks for Children.
As one of the founders, Don was a leader in this vision. He and Glenna were also foster parents themselves. Don Barnes believed that the voice of a child matters.
In 1987, the three Northside church elders (Don Barnes, Jim Cathey and Earl McGuire) determined a need for a church in the Coppell, Texas, area, so they chose to close the doors at Northside and launch a new church plant in the upper mid-cities of the metroplex. This became Riverside Church of Christ.
Don was a quiet leader. He believed in the power of prayer. He loved people. His wry smile and slow speech won people over, especially when he handed them packages of Juicy Fruit and Super Bubble. Don was “The Gum Man.” This was his trademark.
In memory of Dad, the family invites gifts to be made in Don’s name to the ministry of ChristianWorks, 5440 Harvest Hill Road, Suite 140, Dallas, Texas, 75230 (www.christian-works.org).