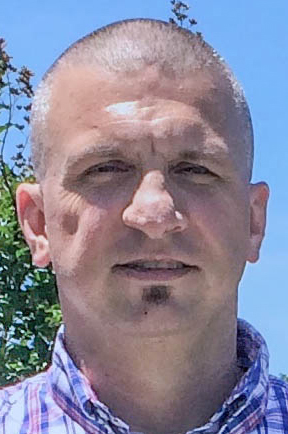 Minister recalls the bittersweet act of closing a dying church
K. Rex Butts
COLUMBIA, Md. — This past January I helped close a church.

As a preacher and minister, this is something I never expected to be a part of. But I was. The congregation I served, the Columbia Church of Christ, once had about 150 members but had declined to about 25. We disbanded after 30 years of existence.
Ours is not the first struggling Church of Christ to close. The 2015 edition of “Churches of Christ in the United States” shows 147 fewer congregations than the previous edition in 2012. On the average, we lose about 35 Churches of Christ per year in this country.
Churches struggle and die for a number of reasons. Aside from declining membership, there often is unresolved conflict and a loss of purpose — a vision the church owns, passionately. The church culture becomes one of anxiety, creating frustration and even polarization. Over time, this becomes a cumbersome burden resulting in spiritual exhaustion.

Views | K. Rex Butts
This certainly was true for the Columbia Church of Christ. Though we did not own our own facilities, we existed in a very transient suburb between Baltimore and Washington — where people move in and out regularly because of work.
Though we met in Howard County, members lived among several different counties. In some ways, the church was detached from its own community. In the past 10 years, the congregation suffered through a lot of conflict that resulted in families leaving to become members of other churches.
The church spent a year discerning where God was leading. During this time, the option to close became clear. In doing so, church members were released to find healthier churches where they could rest from the burden of trying to care for a dying church.
They could mourn, and then begin serving with their new church as God has gifted them.
I am not suggesting that renewal is impossible or unlikely for other churches. Our God, who raised Jesus from the dead, is the God of hope, but he also calls for repentance — change, that is.
However, not every church has the capacity for the sort of change where renewal is born without causing further harm. People comprise the church. Unfortunately, congregations also tend to become organizations with their own culture and structure. One of the critical question dying churches must ask is whether or not they are ready for the necessary change in this structure.
Churches must focus on God’s mission rather than self-preservation. Perhaps the church receives a clear vision for renewal that opens a new future. Or perhaps closure is the right decision. Either way, this process of discernment must involve the entire church — praying together and listening to one another as they seek God’s will.

Throughout the process, churches need someone such as a minister — though not necessarily a minister — who can remain separated from any vested interest in one particular outcome. This, of course, is easier said than done. Nonetheless, churches need someone who lovingly holds the conversation before them in a decisive, non-anxious manner that ensures the process is neither rushed nor evaded.
A lot of emotions will surface during this process, and that is OK. As the Columbia Church of Christ sat around a table facing each other, there were some tears and some anger was vented, too. It was a grieving process as much as a discernment process. This is where a leader must speak and act with grace, so that the church remains focused on the presence and will of God.
Should a church discern that it is time to close, planning is necessary so that the closure is done with grace and dignity. The leaders of the church will have some business decisions to make in accordance with the bylaws regarding any property and monetary assets.
Once the Columbia Church of Christ discerned that closure was the right thing to do, we planned a final “celebration” Sunday worship gathering. This was a way for us to remember what God has done throughout the congregation’s 30-year history. Joined by former members, we worshiped while sharing memories and a final fellowship meal.
In many ways, it was like having a memorial service for someone we loved. Additionally, the church has divided all remaining finances to help support foreign mission work, domestic church planting and two regional Christian camps.
Even though closing a church is bittersweet, there is much worth celebrating, too. God has accomplished many great things throughout the history of every church.
And there is still a future. Even as a church is scattered, the Spirit is with God’s people, leading them forth to serve among other churches in the name of Jesus Christ.

K. REX BUTTS is married to Laura and is the father of three children. He is pursuing a Doctor of Ministry degree at Northern Seminary and holds degrees from Harding School of Theology in Memphis, Tenn., and Harding University in Searcy, Ark. He blogs at www.kingdomseeking.com.