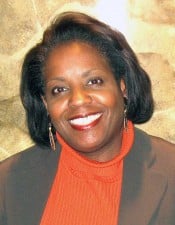 Desegregating Sunday is a spiritual imperative

Loventrice Farrow
The year was 1969, and my Aunt Rose “should have known the customs of the area.” That’s what church elders in Selma, Ala., said after they were asked to apologize for the way they treated her.
My family had traveled to Selma for the funeral of my oldest aunt, Easter. The funeral was on Sunday, and my Aunt Rose selected a Church of Christ that was on the way to where the funeral service was to occur. She hoped the church service would end in time for the funeral.
Aunt Rose arrived at the church and, according to her, one saint barked, “Get out! We don’t integrate here.” She was then told that there was a Church of Christ for “coloreds” not too far away.
She asked, “Do you think Christ would be pleased with this?” She received no answer. “I didn’t expect one,” she said.
My mother, sister and I came to the church later not knowing what had happened to my aunt (kind of like Sapphira in Acts 5). We, too, were turned away and taken to the “colored” church to worship since we didn’t have a car.
When my aunt returned to her home in Groton, Conn., she related her experience to the minister, who quickly sent a letter to the church in Alabama, calling them out for their behavior and asking for an apology.
Instead, they responded that she should have known the customs in the South — and besides, her presence would have upset the members.
This episode happened 40 years ago. One has to wonder what, if anything, has changed in our congregations. Isn’t racially segregated worship a dead issue?
Actually, no. Segregated worship remains a phenomenon shared by many congregations in the U.S. — not just Churches of Christ. And it’s not just a black-and-white issue. Some worshipers prefer segregated Sundays to provide a respite from the racial tensions they encounter in daily life, according to a 2008 CNN report.
Intellectually, we know that our worship is to God and not to our individual desires, yet racial and cultural tensions continue to interrupt how and where we worship. While we may not openly declare “We don’t integrate here,” the lines that we draw in our fellowship with one another speak loud and clear.
At a Church of Christ women’s conference, I met a sister who told me that her predominantly African-American congregation shared a church building with another Church of Christ, but they met at different times.
“You mean you don’t worship together?” I asked her.
“Oh, no! We couldn’t do that,” was her reply. When I asked her why, she didn’t have a good answer. “We just don’t … that’s all.”
This conversation occurred in 2003 — not 1969.
The reasons for separate Sundays have nothing to do with God. They are about what we want — what we want to sing, what we want to hear and what we want to control. Too often we are unable to shed ourselves to submit to God and to one another. None of us can point to the speck in the eyes of our brothers and sisters while we continue to be blinded by the plank of self-righteous separatism in our own (Matthew 7:3).
In the past decades, many have worked tirelessly to bridge the racial divide in our churches. But racial unity is not the work of an elite group of Christians. It is the work of all of who claim to follow Christ.
For most of my life I have attended predominantly African-American churches, smugly justified in my own mind. Currently I attend an ethnically diverse congregation in the Chicago area. The richness of the experience has made a tremendous difference in my perspective about salvation and what Christianity is really about.
In my lifetime I hope to see the children of God worshiping and working together in sincerity with unified purpose, submitting to one another (Ephesians 5:20). We must examine ourselves to determine what we can and will do individually and collectively to help bring about change.
A church that values inclusion can better understand the sense of community, be more effective, reap the benefits of the spiritual gifts of its members and strengthen its outreach.
Yes, integrating cultures and ethnic traditions can cause tension. Like that first year of marriage, it takes some getting used to. But we must persevere and stand as Christians or fall like broken branches torn by the winds of individual ideologies.
In Galatians 3:26-28, the apostle Paul tells the church, “You are all sons of God through faith in Christ Jesus, for all of you who were baptized into Christ have clothed yourselves with Christ. There is neither Jew nor Greek, slave nor free, male nor female, for you are all one in Christ Jesus.”
I fear that when we stand in judgment before the Lord, he’ll point to those words and say, “You should have known.”
Loventrice Farrow is a member of the Naperville Church of Christ in Illinois. She is a writer, Bible teacher and public speaker. She is completing a doctorate in organizational leadership at Regent University in Virginia Beach, Va. Contact her at [email protected].