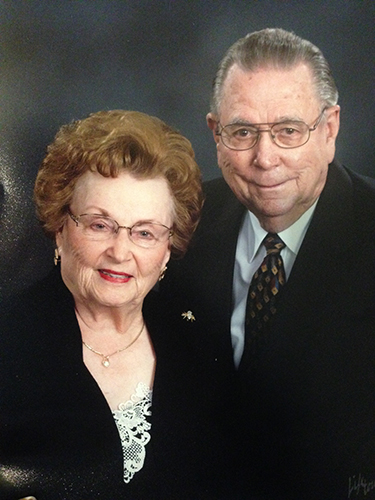 Submitted
Dee and Audra Martin are celebrating 70 years of marriage on July 24, 2015. They both grew up in Tipton, Okla. After Dee was discharged from the Coast Guard in 1945, they married in Houston, with Burton Coffman officiating.

In 1951, they moved to Plainview, Texas, where they farmed with Dee’s dad, John Martin. In 1973, Dee retired to spend time with children and grandchildren.

During his cancer, Dee became Chairman of the Federal Land Bank Board, Producers Grain, Abilene Christian University advisory board, chairman of Church Loans and Investment Trust and several others.

Through life, Dee and Audra have worked as a team and always had a Bible study going in their home, leading many to baptism. They have enjoyed traveling to several foreign countries, both for pleasure and missions.

Seventy years — what a milestone and influence on their family and friends!