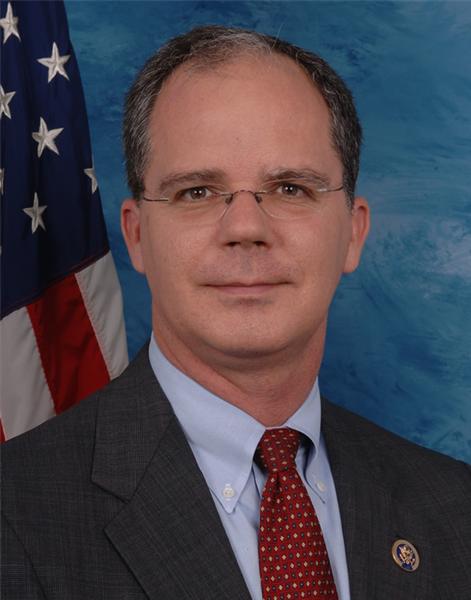 Congressman from Kentucky pays tribute to Dorwan Stoddard, his brother in Christ


Blogging from Tucson, Ariz.
Among the hundreds of calls and emails that the Mountain Avenue Church of Christ has received since Dorwan Stoddard died in the Jan. 8 mass shooting, one came from a Kentucky congressman.
Rep. Brett Guthrie, a Republican in his second term representing his state’s 2nd District, is a member of the Lehman Avenue Church of Christ in Bowling Green, Ky.

Rep. Brett Guthrie is a member of the Lehman Avenue Church of Christ in Bowling Green, Ky.

Guthrie talked with Mountain Avenue pulpit minister Mike Nowak, and Nowak recalled the conversation during Stoddard’s memorial service Sunday.
“Brother Mike, Congress has been given time on the floor to remember the fallen,” Nowak said Guthrie told him. “Would you mind if I tell Congress about my brother Dorwan?”
Nowak welcomed the gesture.
In the above video, Guthrie offers his prayers for his wounded colleague Rep. Gabrielle.gif?Action=thumbnail&Width=460&algorithm=proportionalfords and pays tribute to Stoddard, his brother in Christ:

“Madam Speaker, I appreciate the opportunity to be here to offer my thoughts and prayers for Gabby, our colleague. Like all of us, any interaction I ever had with her was always pleasant and memorable, and I look forward to her returning. I pray for her return. I am praying for her staff and praying for the other victims.

“I just want to hold up one victim this morning. I didn’t know Dorwan Stoddard, but through a close network of friends, I had the opportunity to learn a little bit about Dorwan Stoddard. He shielded his wife with his own body, saving her life but losing his own. He and his wife were having breakfast and decided they wanted to go to the ‘Congress on the Corner’ to give Gabby encouragement for the new year and the new Congress to encourage her. 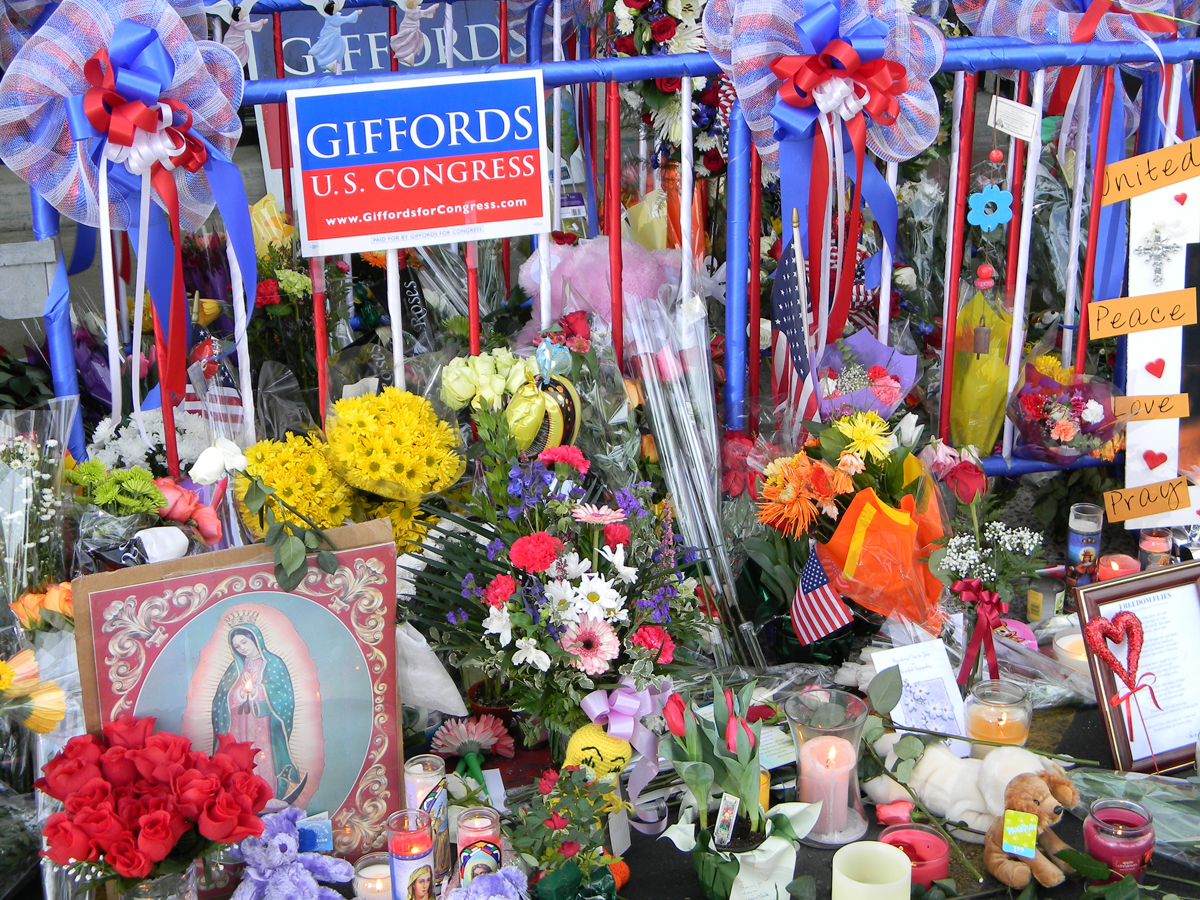 A makeshift memorial outside the Safeway supermarket in Tucson, Ariz., where six people were killed and 13 wounded in a mass shooting Jan. 8. (Photo by Bobby Ross Jr.)

“He loved the Bible. He loved the Scriptures in its simplest and purest form and just wanted to internalize them and live them, which is evidenced in his life. He was very involved in church work. He ran the benevolence program, which lived up to Christ’s challenge to feed the hungry and clothe the poor. We know that he internalized the Scripture because of his last act. And I don’t know this, but I think I can say without fear of contradiction there were many times he was probably sitting in church, the minister was delivering a sermon on marriage, and I am sure the text was Ephesians 5:25 when it said: ‘Husbands, love your wife, as Christ loved the church and gave himself up for her. What love he had for his wife, and what faith he had in God.’
“Throughout his life, he aspired to do good. Through his life, let us all aspire to do our best.”