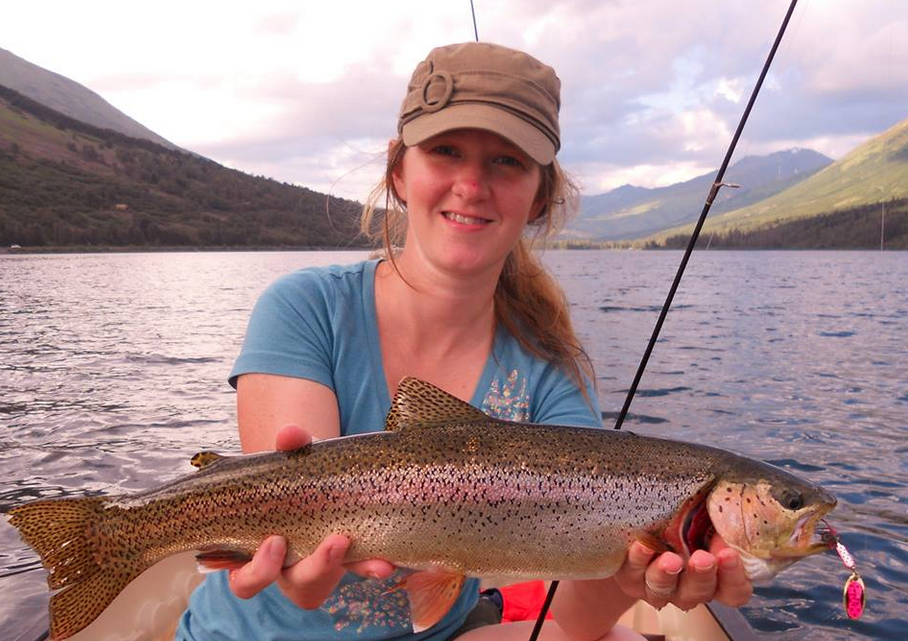 Large chunks of ice and debris rush by in the swollen waters of the Anchor River. I watch as two eagles spar, dive and scree out their distinct cries … the higher pitched male and lower toned, female.

Beautiful spruce, cottonwood and birch trees line the banks of the river beneath a metal trellis bridge built in 1949. Two teenagers are starting fires in the fire rings at the nearby picnic spots.


It is springtime in Anchor Point, Alaska (population 1,845), and that means we are experiencing what locals call “The Fifth Season” — otherwise known as Breakup. 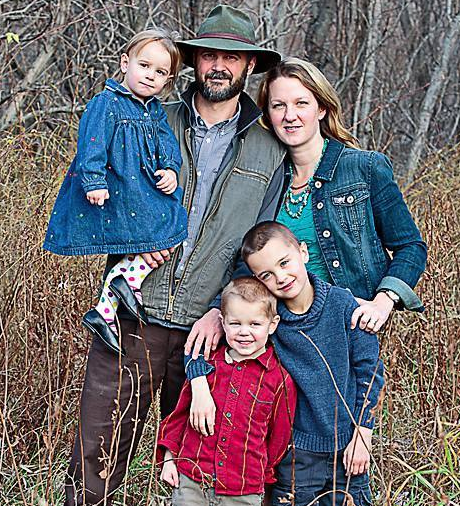 The Jaworski family (PHOTO VIA FACEBOOK.COM)Breakup is the time when the rivers thaw and begin to flow, snow melts, and mud boots are necessary footwear. It also happens to be my husband’s 40th birthday.

Our church family and friends are meeting at the “place where we baptize folks” to surprise him.

As I watch the river’s flow, I remember a baptism in April 2011. My husband, Jeff, was the newly appointed half-time minister. A young man named

Josh married a girl in our congregation and felt the conviction of the Spirit to make changes in his life.

After some study, this Alaskan-born-and-bred boy decided to forgo the baptistery in the building and brave the cold, breakup waters of the river.

As Jeff quickly “plunged him to victory”, ice was bobbing past them both.

Josh’s baptism hearkened back to the days when the church building was merely a daylight basement and didn’t have a baptistery. The old-timers tell tales of breaking ice in order to immerse new converts or driving nearly two hours north to a sister congregation.

When a person decided to follow Jesus, their decision had to come with a certainty of conviction. This certainty is one of the many virtues that still set this body apart more than 60 years later.

The Anchor Point congregation began meeting in the early 1950s as families moved into the area to homestead. Initially, they met in homes, and then they moved to a small red building that was later relocated in Homer when the basement was dug. For nearly a decade, the congregation actually met underground until sufficient funds could be raised to complete the building. Now we meet in the building that was begun in the late 1960s.

The same hearty attitude that built the church is the one that keeps it going. Mary Haakenson Perry, a veteran Bible class teacher and part of one of the homesteading families of the 1950s, remembers a tight-knit group that “supported each other no matter what challenge arose.”

Innumerable challenges can — and do — arise when a family is attempting to carve an existence out of the Alaskan wilderness. In those early days one could find church members helping to hand dig wells, raise roofs, fell trees and build fish net sites.

Some members lacked running water, electricity or phone lines. Roads were unpaved, and at certain times of the year travel was difficult or impossible.

Time together in worship and fellowship was essential to survival in the harsh environment. Much like today, there was a deep sense of community.

Here, disagreements about scriptural interpretation and even outright conflict are handled with a long-term focus on bodily unity. When a family’s ability to thrive depends on their relationships with their neighbors, they can’t afford to be divided.

When there is not an option to go down the road to another congregation, you tend to give God time and room to work.

The riverside party begins, and the 60-plus people that are gathered are delighted they helped surprise their preacher and friend, Jeff.

The tables are overflowing with food. With a healthy 70 to 80 people on most Sunday mornings — and many more that come for the summertime — we are a growing congregation in rural Alaska.

Our springtime get-together is a toasty 52 degrees. Everyone needs to warm their hands by the fire, but as I look around at the faces of my beloved brothers and sisters, I see the warmth in their hearts.

DANA JAWORKSI is a mother of three and the wife of Jeff, who preaches for the Anchor Point Church of Christ in Alaska.