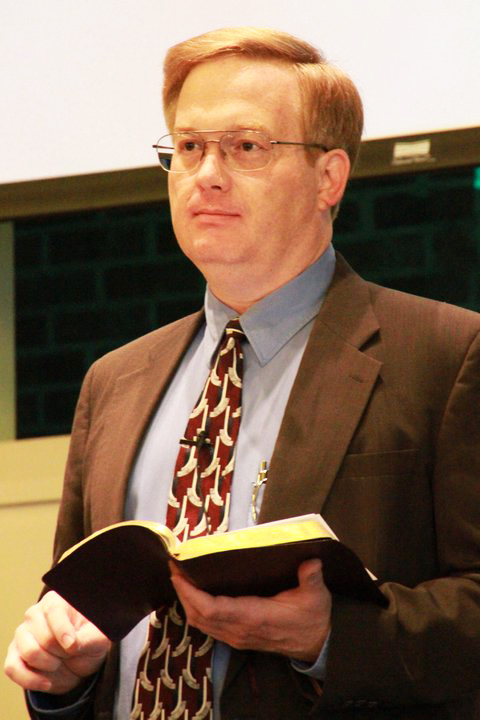 Michael Ray had preached for the Laurel Church of Christ since 2003.

Michael Ray, minister for the Laurel Church of Christ in Maryland, died this morning after a battle with colon cancer, said his daughter, Elizabeth. He was 49.

In 2012, the Laurel church was featured in a Christian Chronicle Churches That Work feature, headlined “One church’s vote for Jesus.”

“We’re pretty good, actually,” Elizabeth Ray said. “The church here has gone above and beyond in their help.”

Michael Ray, a Lipscomb University graduate and Kentucky native, came to the Laurel church in 2003.

“The elders treated their family to an extended sabbatical and tour of Europe,” Lancaster said. “This impressed me as a story of elders supporting their ministry family in a strong way.” (In my time working on the Churches That Work feature, Ray excitedly told me about the family saving for the Europe trip. He later blogged about the trip.)

Ray wrote occasional freelance stories for the Chronicle, including one on Cliff Holladay, a Maryland minister who was paralyzed in a beach accident and later died.

Besides Elizabeth, Ray’s survivors include his wife, Susan, and their teenage sons, Alex and Jeff.