John and Jan Bradley have spent years building schools and trying to improve life in the war-torn country.

For 13 years, John and Jan Bradley have focused on building schools and hospitals in Afghanistan.

“A lot of people are contacting us. … We’re trying to help as many as we can.”

They’ve educated girls and provided state-of-the-art prosthetic legs for children who lost theirs in the decades-long war that has devastated the beautiful country the Bradleys love.

On Sunday afternoon, while John spoke with The Christian Chronicle, Jan was on the phone with contacts in the southern Asian nation, trying to help volunteers and colleagues leave the country.

“We’re trying to get out 50 — including family members — people who work with us and their families,” John Bradley said. “That number might grow. A lot of people are contacting us. … We’re trying to help as many as we can.” 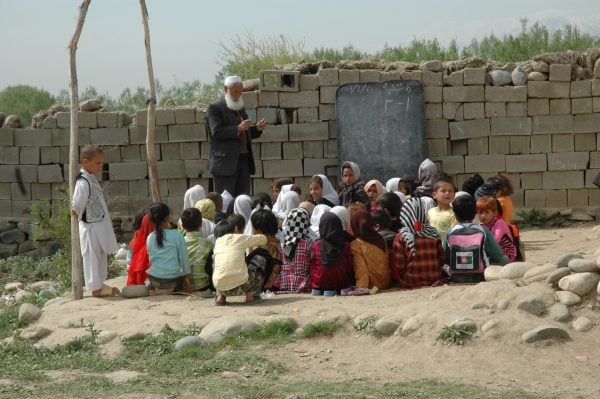 “One of my favorite school photos,” retired Lt. Gen. John Bradley says of this snapshot from Parwan Province near the capital of Charikar, a few miles from Bagram Air Force Base. “We got a school built for 1,200 here a few years ago.”

The Bradleys, who worship with the College Hills Church of Christ in his hometown of Lebanon, Tenn., have several contacts in Kabul, the capital, which fell Sunday to the Taliban. Others are in Jalalabad, which fell Saturday. One is in a mountainous area east of Kabul called Nuristan.

“Another one is a young doctor we helped through medical school in the western Herat Province — that’s where our last two schools were built,” John Bradley said. “He’s there today working on COVID patients.”

The Bradleys founded the Lamia Afghan Foundation in 2008 when John retired as a U.S. Air Force lieutenant general after 41 years of service.

Since then, the nonprofit has sent 3.5 million pounds of humanitarian aid — blankets, boots, shoes, medical and school supplies.

“We sent a full-sized American ambulance to a medical clinic we built,” John Bradley explained in a tone tinged at once with pride and profound sadness.

John Bradley’s first five trips to Afghanistan were to visit airmen under his command.

On his fourth trip, he took 40,000 pounds of winter clothing, blankets and school supplies that Jan had collected at schools, churches and thrift shops.

Handing out blankets in a small village, he met a 9-year-old girl. She begged for some boots like the ones he was wearing to protect her feet during the cold Afghan winter. Her name was Lamia.

From that encounter, the idea of a nonprofit was born. A year later, Lamia and her family received boots.

But the Bradleys wanted to do more.

“We wanted to build Lamia a school,” John said. 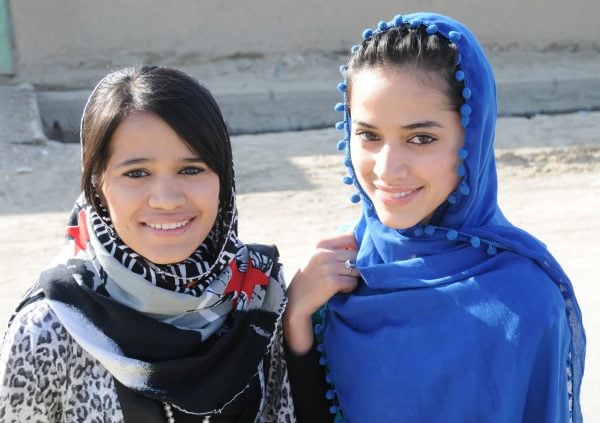 ​​Tens of thousands of girls have gone to schools built by the Lamia Afghan Foundation, according to Lt. Gen. (Ret.) John Bradley, founder and CEO. Two of the girls, twin sisters Husnia and Zuhall, came to the U.S., where one went to a community college in North Carolina and the other graduated magna cum laude from the University of Cincinnati. Bradley and his wife, Lamia co-founder Jan Bradley, took the girls to the U.S. Embassy in Kabul for their education visa interviews and helped their father, an interpreter for the U.S. Army, and the rest of the family eventually get visas to bring the family to the U.S., where they remain. 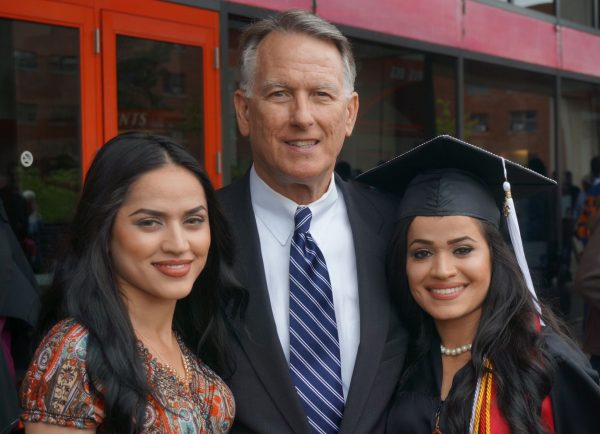 Retired Lt. Gen. John Bradley with the twins at Zuhall’s graduation from the University of Cincinnati.

The Lamia Afghan Foundation, which has no employees, has since built seven schools, one scheduled to open this week in western Afghanistan and intended to educate 1,100 girls.

“I’m an optimistic person, but I’m not real optimistic about things there.”

When the Taliban took over the region a couple of weeks ago, the school leaders went to the local mosque and were told the girls could still go to school.

“I’m hopeful things will be settled, and the girls can go to school,” John Bradley told the Chronicle. “I’m an optimistic person, but I’m not real optimistic about things there. I’m trying to be realistic.”

Meanwhile, everyone who has worked with the Bradleys or other Americans is in danger. Over the past several years they have lost close friends, murdered by the Taliban in their offices and homes. 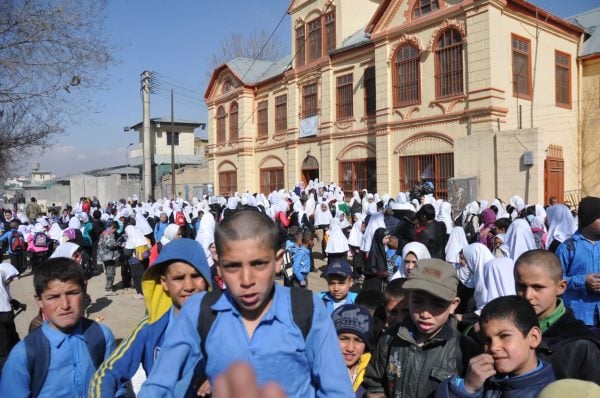 “We did an extensive renovation on this 1920 building,” retired Lt. Gen. John Bradley says. “I love this photo. Look at the photo. The boys want to be noticed. The girls are going in to get an education.”

A school, a job training facility for men and women and a medical clinic in western Afghanistan were built by Abdul Fatah Haidari, who was slain in his office.

“His brother, Dr. Safiullah (Safi) Haidari, is now overseeing the construction of our latest schools,” Bradley said. “He doesn’t worry about the threats.”

The man who built the foundation’s first school and renovated the second, Sherwali Wardak, was a member of the Afghan Parliament. He died when an explosive detonated in the box that opened the gates to his home.

“Everything there has walls around it,” John Bradley explained. The gate opened, and it exploded.”

A third man, the Bradleys’ closest friend in Afghanistan, was an American physician named Jerry Umanos.

Umanos relocated with his wife to Kabul after practicing for 25 years in an inner-city Christian health clinic in Chicago. He worked for eight years at an Afghan hospital run by CURE, a nonprofit that builds hospitals in developing countries.

“Dr. Jerry,” as he was known throughout Afghanistan, had also been the physician for the wife of former Afghan President Hamid Karzai.

“He was the very best person I have ever known in my life,” John Bradley said. “He saved more lives in Afghanistan than any American ever has, teaching other doctors in five hospitals how to save the lives of women in childbirth.

“He worried about everybody, but not himself.  He was murdered at work by a security guard when two American doctors came to visit him. That happened in 2014.”

Bradley was sitting in a Starbucks parking lot in Tennessee when he heard a news story on National Public Radio about a murder at a hospital in Afghanistan, but he didn’t know the victim was Umanos.

He texted his friend.

“I hope you and others are safe at CURE Hospital,” Bradley recalled saying.

Bradley and Pat Quinn, then governor of Illinois, were among the eulogists at the physician’s memorial service in a Chicago arena not far from the clinic where he’d begun his work.

By then, the Bradleys had discontinued their own trips to Afghanistan and were working remotely. 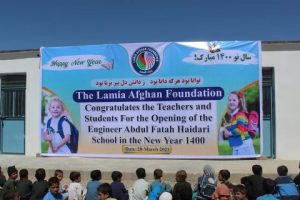 “Jan and I have traveled to Afghanistan seven times since I retired, between 2009 and 2013, and would stay about a month at a time,” he said. “But it got so dangerous for us to go and dangerous for the Afghans working with us to be seen with us.”

Rather than put their lives at greater risk, they began just sending money, which he hopes they can continue doing.

“I want to keep doing it,” the retired general said. “We used to wire money for building of schools, but for the last several years, I can go through Western Union and send $500, $1,000,  $5,000 at a time. I have been doing that for years now at the grocery store, and it works perfectly well.”

The banks they used to use to send wire transfers are now saying they don’t have money.

“I hope things will settle down, and we can send money to help,” Bradley said. “If that’s not possible, I’ll have to stop and return money or get permission to give to a worthy cause in another place or do something to take care of Afghans.” 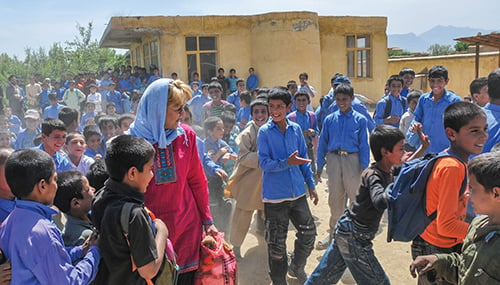 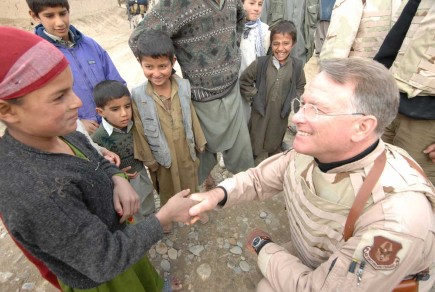 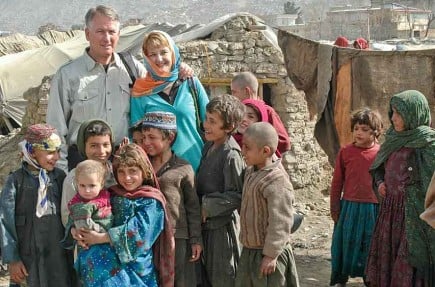 The most terrifying killer in Afghanistan isn’t a Muslim mob,… 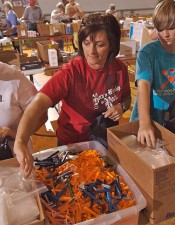