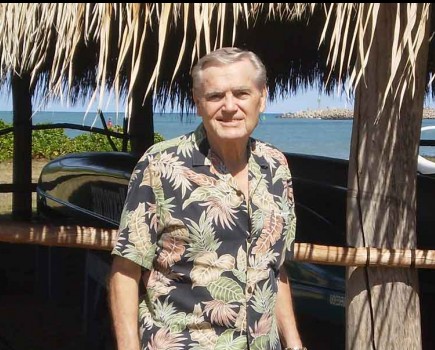 Staff Reports
MAUI, Hawaii — A woman named Tolua Tavai once asked Bob Harp to “come back to Samoa with your family. You make Jesus’ church in my home.”
He did.
Harp, who dedicated nearly 50 years of ministry to the people of South Pacific, died Sept. 10 in Maui, Hawaii, after a long illness. He was 84.
Born in Floydada, Texas, Harp served in Japan with the U.S. military from 1946-47. For the next 15 years, he served churches in New York, Texas, California and Maine.
While serving as a minister for the Culver Palms Church of Christ in Los Angeles in the early 1960s, Harp traveled to Wellington, New Zealand, for a gospel campaign. He toured the region and took the invitation to move his family to American Samoa, a U.S. territory.
He and his wife, Jackie, and their three young children, Scott, Eric and Vicki, moved to the town of Lauli’i in 1964.
Under difficult physical circumstances, they remained there for six and a half years, during which they launched the first Church of Christ among the islanders in Lauli’i.
Three years later they helped build the first church building for the Church of Christ in the village of Nu’uuli.
In recent years Harp had served as associate minister for the Maui Church of Christ.