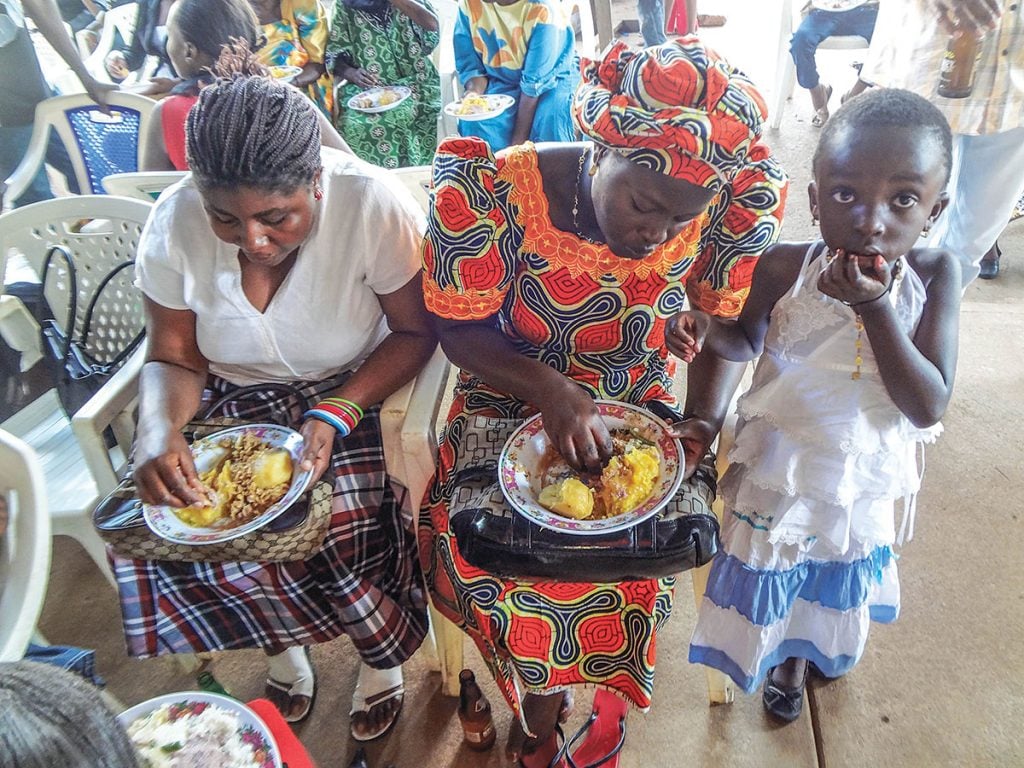 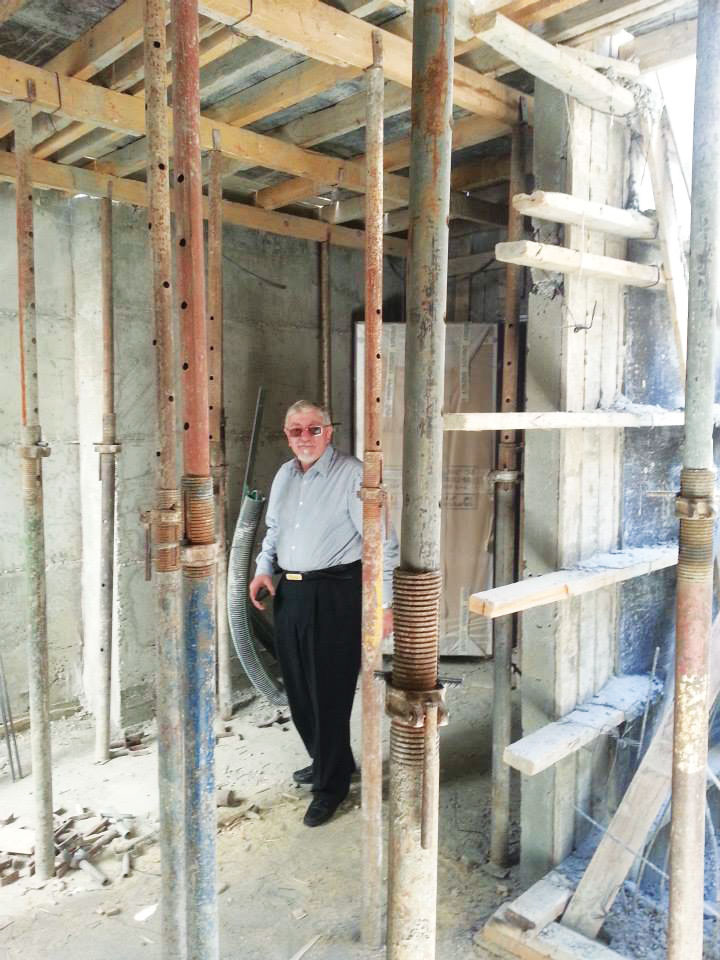 Joseph Shulam inspects progress on the Netivyah building’s renovation. PHOTO via www.facebook.com/netivyah JERUSALEM — Construction workers — both Jewish and Arabic — are renovating and expanding the meeting place of Netivyah, a ministry of Jewish disciples of the Messiah led by Joseph Shulam, who is supported by members of Churches of Christ.
“Praise God we have outgrown our old meeting place,” Shulam said. “The importance of this building is that it will be the first time in nearly 2000 years that there will be a physical home … that will serve the local community for both humanitarian work for the poor of Jerusalem and as a center for worship, study and service (for) Jerusalem and all of Israel.” 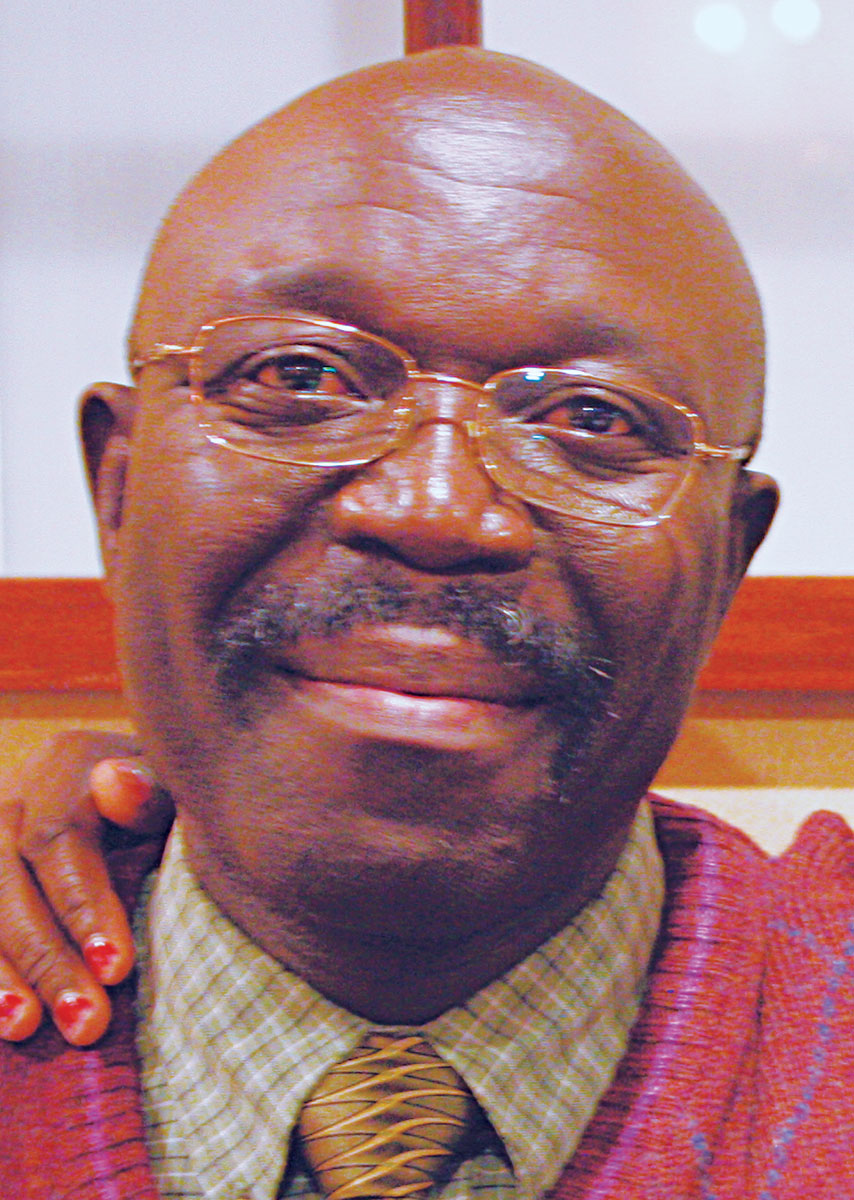 NKHONJERAAfrican nation. The school could accept only five students, but “these five are the best of the best,” said Jim Dillinger, president of the school’s board.
The Church of Christ in Chrisili, near the school, has about 60 new Christians, Dillinger said. Many travel across the border from nearby Mozambique. Priestly Nkhonjera, the school’s director, and ministry students minister to the young congregation.

MAURITANIA
NOUAKCHOTT — In this Islamic republic of western Africa, north of Senegal, the law forbids the conversion of Muslims, who comprise 99 percent of the nation’s 3.3 million souls.
Nonetheless, a vocational missionary from West Africa works with three house churches in the country’s capital, Nouakchott, and one in another part of the country. Each church has between 10 and 25 people in attendance.
A U.S. church member visited the missionary, who has been arrested more than once because of his faith. The Christians “feel like spiritual orphans,” said the church member, who asked that his name be withheld.
The believers also lack opportunities for in-depth Bible study. The U.S. member and the missionary discussed possibilities to help support the work.

SOUTH KOREA
SEOUL — “Members of the church in Korea are changing, and it appears the changes are all for the best.”
That was longtime missionary Malcolm Parsley’s reaction after a recent, four-day meeting of preachers in this Asian nation. Twenty-three church members attended, some of whom “are seriously trying to follow the Bible, but who still have had some differences of opinion,” Parsley said.
The church members discussed honestly the issues on which they disagree and “all promised a determination to do their best to go back to the Bible,” Parsley said. “I personally feel this is the greatest step which has been taken in the past 30 years.”

UKRAINE
KIEV — Three members of the Northside Church of Christ in San Antonio — Dana Grubb, Dannell Rosenaur and Judy Bittick — presented new Bible study material and handmade bags to Christian women in the European capitals of Kiev and Vienna, Austria. The Texas Christians went as part of a Women for Eastern European Mission trip.
As they listened to Eastern European women describe their struggles with health issues, addictions, raising children and infertility, “over and over, we came to the conclusion that we are wrestling with similar problems,” Rosenaur told Christian News of South Texas. For more information, see www.weem.org.

UNITED KINGDOM
BRISTOL — Young believers gathered in this southwestern English city for a “Masquerade,” the theme of the recent Bristol Youth Weekend. The youths studied the book of Ephesians and were encouraged “to look behind our mask and reveal the true identity of who we are as members of Christ’s church,” said attendee Ryan Hill. Eddie Fisher led a Sunday Bible study for 167 souls at the conclusion of the weekend, Hill said.