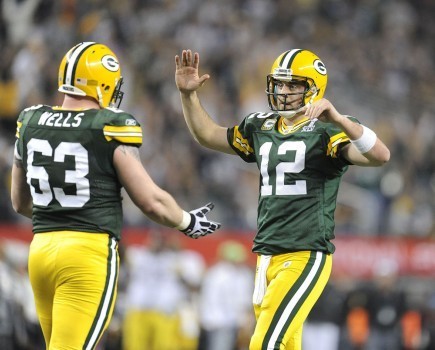 From Staff Reports
ALASKA
JUNEAU — After preparing for hospice care and moving in with his son, Maurice Long, 94, recently saw his health improve and was able to attend Sunday morning worship services.
“All are thrilled to have him around a while longer,” said Matt Jones, a member of the Juneau Church of Christ.
Long, a former church elder, and his wife, Angie, helped establish the Juneau congregation, which began in 1954 as an outreach of the Van Nuys Church of Christ in California, Jones said.

ARIZONA
QUARTZSITE — This tourist hotspot, which draws thousands of RV campers, has a Church of Christ that’s “doing an amazing work for the Lord,” Gerald R. Molzahn said.
The church recently hosted a gospel meeting called “Eight Days of Spiritual Feasting.”
Attendance ranged from 75 to 100, said Molzahn, a snowbird and member of the Worland Church of Christ in Wyoming.

FLORIDA INVERNESS — The 160-member Pleasant Grove Church of Christ has decided to knock every door in its community and “invite every precious soul to worship,” minister Michael D. Raine said.
The church has adopted as its theme for this year “Inviting People in Heaven in 2011.” On a recent Saturday, 13 members knocked 500 doors in five hours, Raine said. “We will be going out every weekend until we accomplish our goal,” he said.
By press time, the effort had resulted in two baptisms and five visitors.
Inverness is a city of about 7,200.

ORLANDO — Revelation, an a cappella singing group made up of members of the Southside Church of Christ, sang the national anthem before a recent Orlando Magic game.
To see a video of the performance, search for “Orlando Magic” at christianchronicle.org/blog.
MICHIGAN YPSILANTI — In his 37th year as minister of the Ypsilanti Church of Christ, Gary L. Vaught faces a battle for his life.
Vaught was diagnosed in January with an aggressive, incurable brain tumor. The tumor was removed in early February and radiation and chemotherapy started in mid-February.
“We covet everyone’s prayers that (treatment) can prolong his life as long as possible with value,” his wife, Jane Vaught, wrote in an e-mail.
“He would love to return to the pulpit,” she added. “He sends a message to each of you to please do not take for granted life as it can be snatched from you in an instant. We covet your prayers for both of us.”
TENNESSEE MEMPHIS — A memorial service was conducted Feb. 5 at the White Station Church of Christ for Earl Irvin West, a prominent author, minister and Christian university professor.
West, 90, a professor of church history emeritus at Harding University Graduate School of Religion in Memphis, died Feb. 4.
Evertt W. Huffard, vice president and dean of the graduate school, described West’s service as “a good tribute to one of the best historians in Churches of Christ.” To read a full obituary, search for “Earl Irvin West” at christianchronicle.org/blog.

WYOMING
CHEYENNE — The Cheyenne Church of Christ’s annual youth rally drew about 350 children and adults from five states. The recent rally featured lessons on being “Children of Light.”
“Open confession time … and the willingness of my peers to express their sins really changed me and made me realize how important it is for us to be open with one another,” said Zach Lopez-Smith, 18.
Speakers included Wes Baldwin, David Bowden and Willie Sanchez. Blake Beckham led singing.
York College’s “PSALLO” performed. Jordan Dean organized the rally.