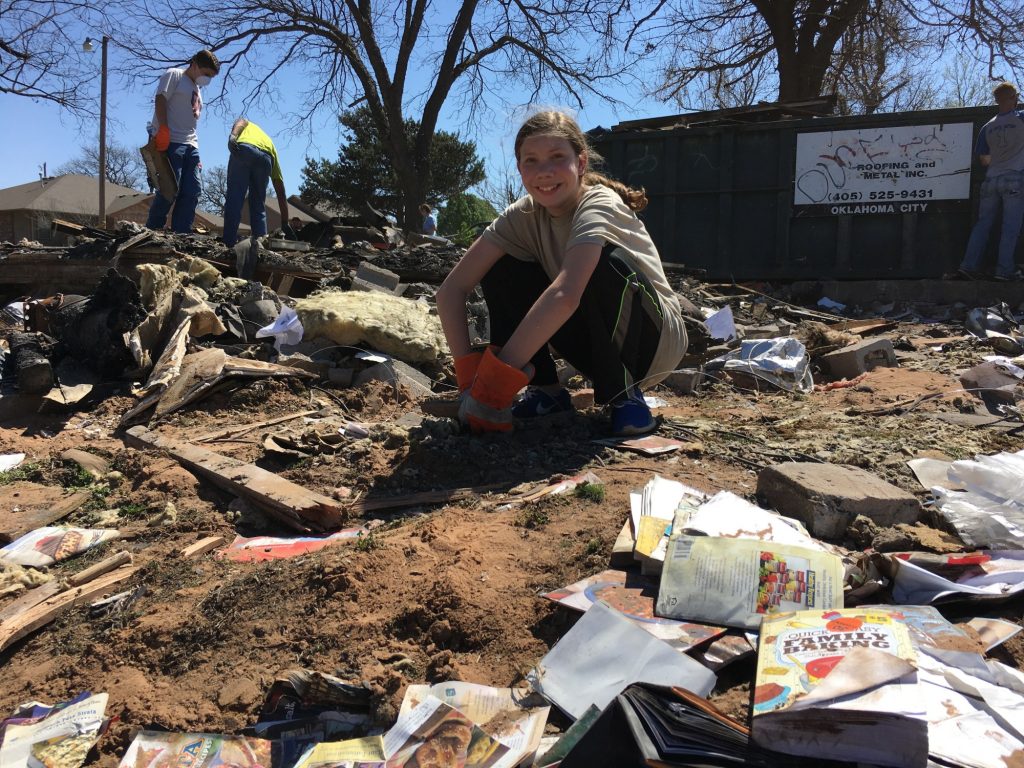 Tennessee youth group finds treasure among the ashes of a home that burned down more than three months earlier.
Chellie Ison
An Oklahoma woman who lost her husband last December in a house fire received a wonderful surprise from a Tennessee youth group.

The teens from the Hartsville Pike Church of Christ in Gallatin, Tenn., traveled to Luther, Okla., during their spring break to work in the community. One of the the projects was to help clean up Juanita Taylor’s property, which was destroyed by fire.

According to the Luther Register , as the teens worked, clearing debris two young ladies came across a pile of cookbooks and a plastic bag left untouched by the fire.

“We were told ahead of time there might be money in the house but no one had been able to find it,” said Libby. She couldn’t believe it when she spotted the baggie and what appeared to be a stack of cash.

The youth group posted the following video to Facebook showing the moment they handed the bag of cash, with an estimated $4,500 over to the homeowner.

The video was posted with a caption saying the same young lady had also found a Bible, with very little damage, in the rubble.

You can find the full story on the Luther Register’s website at lutherregister.news.