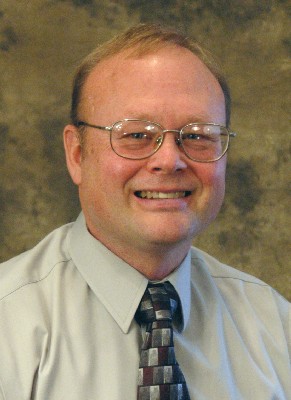 The York College family, East Hill congregation, and York community mourn the loss of a humble servant of the King. Surrounded by his family, longtime YC business professor, Dr. Roger Collins (57), passed into the gracious arms of His Redeemer Monday night, October 25 at 11:34 pm.
Roger and his wife Deb were in Springfield, Missouri over the weekend to be with Deb’s grandmother. Saturday at noon, Roger went jogging and had a massive heart attack in a local park. CPR was performed and he was rushed to the hospital. Using hypothermic treatment, he was placed in a medically induced coma in critical care. On Monday morning, his body was warmed to the desired temperature and he was taken off the sedation drugs. That afternoon, however, Roger had another episode of cardiac arrest and was rushed into surgery. The doctors returned him to a hypothermic state but were not able to stabilize his condition.
Dr. Collins (YC class 1973) was in his 29th year teaching at York College, and served as chair of the college’s Elijah A. Levitt School of Business. From 1997-2007, he coached the cross country and track teams and was himself an avid runner. He served as an elder at the East Hill Church of Christ in York.