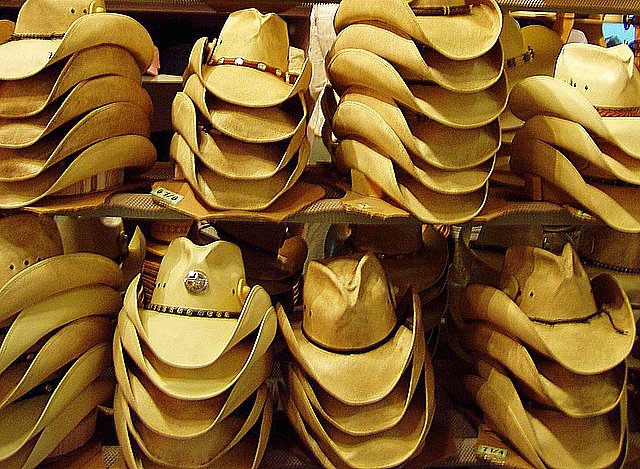 Mary Jane Skala, a staff writer and columnist for KearneyHub.com in Nebraska, writes about attending Cowboy Church, an annual worship service at the local county fair sponsored by the Kearney Church of Christ.

As everyone arrived, they were offered coffee and lemonade at a table set up alongside rows of chairs. I got a doughnut, too, plucked from four heaping boxes of glazed doughnuts and frosted doughnuts. It was all free.
They passed out little white booklets with words and music of six gospel songs. We started off by singing three of them. We had Scripture and passed those silver communion plates among the rows.
Jay Towell preached a sermon without a single note. Instead of pastoral robes, he opted for black chino pants and a long-sleeved, grape-colored button-down shirt. He led the hymns, too, which were sung a cappella.
After the service, I headed over to the Ag Pavilion and sat in on my first-ever swine exhibition. …
As I headed to my car, I thought about that worship service. The pioneers worshiped simply, in humble settings, when they first came to Nebraska and built soddies. Cathedrals are breathtakingly holy, but a church comes to life wherever two or three are gathered in His name, Towell said. He was right.

Read the full column.
It’s the fourth summer the Kearney Church of Christ has hosted Cowboy Church, Towell told The Christian Chronicle. One of the church’s families is active 4H, a youth development organization, and was looking for a way to invite their friends from the fair to church. 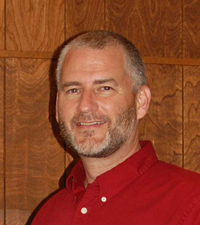 “We had a handful of visitors that first summer,” Towell said, “and each year it has been steadily growing in popularity. This year we had about 40 volunteers from the church who attended, set up tables, food and 60 folding chairs. Then they just greeted and mingled with our visitors.
“By the time the service started, we were scrambling to find more chairs.”
More than 50 visitors, including Skala, attended, Towell said.
“Everyone seemed pleasantly surprised with how simple and effective the service was,” he added.