In Ferguson, a predominantly black church focuses on healing its community by glorifying God.

But his protest doesn’t involve waving a “hands up, don’t shoot” sign, staging a “die-in” or chanting “I can’t breathe” during a march.

“Worship is our protest,” Owens told fellow members of the predominantly black Ferguson Heights Church of Christ on a recent Sunday.

It’s the fight for hearts and souls — not the fight in the streets — that matters in “Christ’s righteous revolution,” the 34-year-old Christian said.

His comments came amid a national spotlight on high-profile police shootings of unarmed black men. 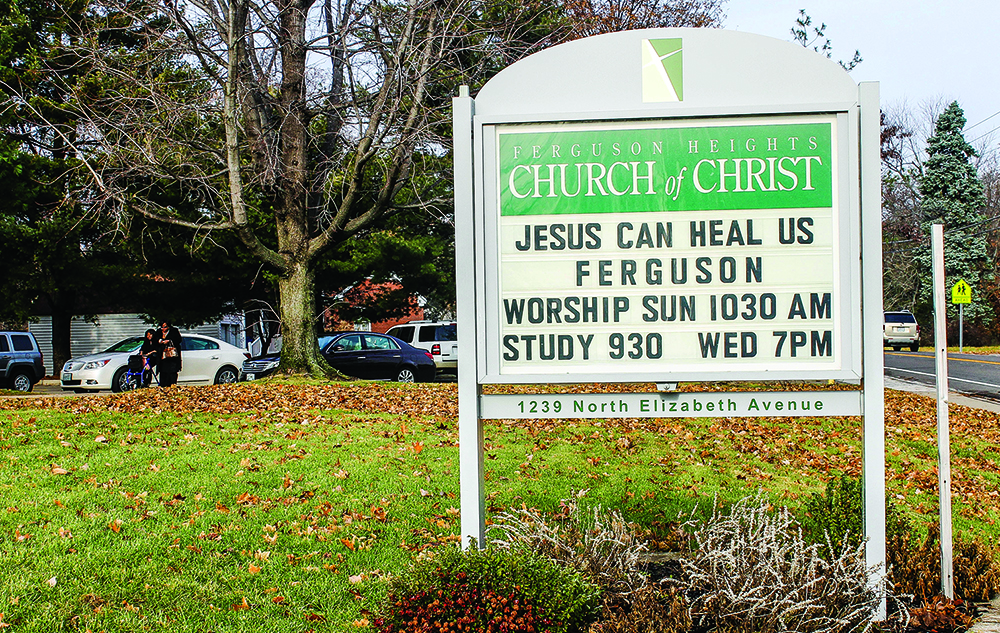 The marquee sign at the Ferguson Heights Church of Christ. (PHOTO BY BOBBY ROSS JR.)

The deaths of Brown and Garner — and similar cases nationwide — have sparked coast-to-coast demonstrations emphasizing that “black lives matter.”

Here in Ferguson, the 200-member Ferguson Heights congregation has worked with other Churches of Christ to get food and monetary support to residents who barely could leave their apartments because of the large police and media presence, minister Conley Gibbs Jr. said.

At the same time, the unrest has prompted Church of Christ leaders of all races to meet together and discuss ways to make a positive difference, said Mike Root, minister for the Florissant Church of Christ, a 400-member, racially diverse congregation north of Ferguson.

HOW SHOULD CHRISTIANS PROTEST?

In the aftermath of Brown’s Aug. 9 shooting death, Owens — a professional jazz singer with a voice recognized by many in St. Louis — said he has struggled with what his role should be. 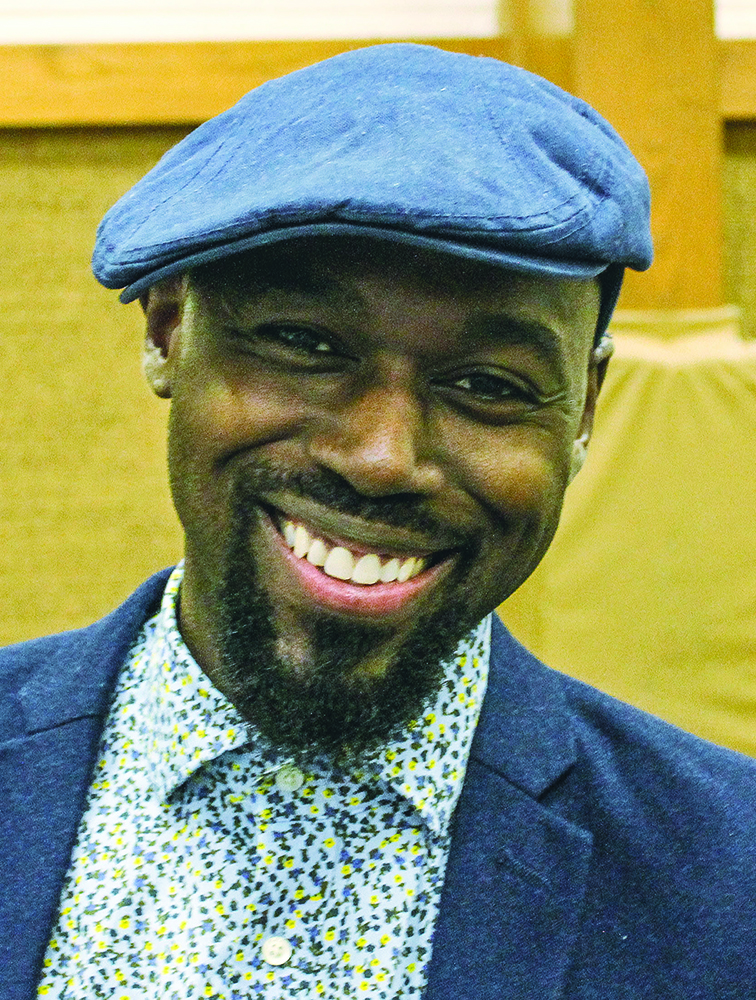 Brian OwensUnlike many of his fellow church members who commute to worship from 30 to 45 minutes away, Owens also lives in Ferguson — a town of 21,000 where two-thirds of residents are black but all except three of the 50-plus police officers are white.

However, Owens said God impressed upon him that he should not use picket signs, anger or the government as his means of protest.

“We are not surprised by the lawlessness of man, the arrogance of politics, the irresponsibility of the media, the dishonesty of religious leaders, the false teaching of self-proclaimed modern prophets or the inability of government to bring justice, fairness, equality and peace to this world,” he said in his 45-minute sermon. “Because, after all, it’s the same system that crucified the King of Kings and the Lord of Lords.” 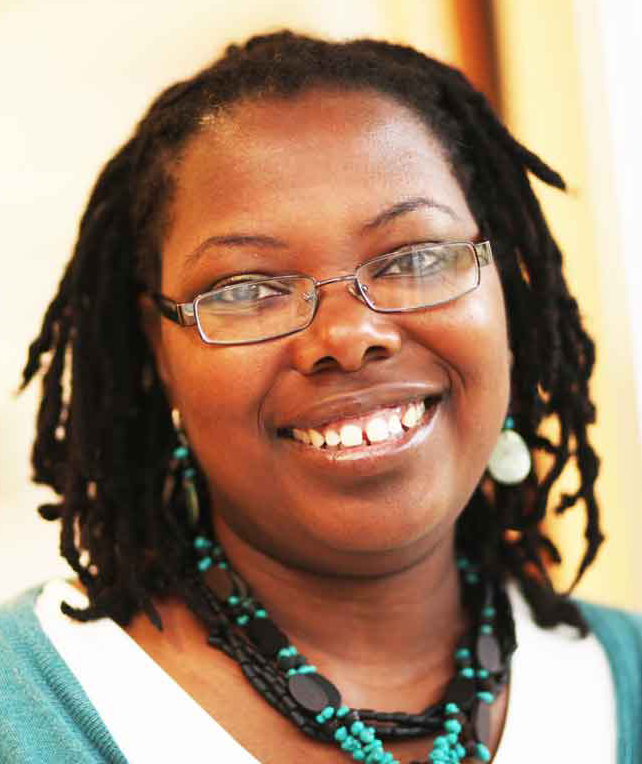 Tanya Smith Brice“Heaven is our real home — that’s what folks said during the institution of slavery,” said Brice, a Church of Christ member who serves as dean of education, health and human services at Benedict College in Columbia, S.C.

Brice counters that Christians ought to be active in disrupting a system in which blacks are much more likely than whites to be killed by police.

“I think that Christians should be in the streets and at the policy table to effect these changes,” she said. “I think we should use the words of the prophets, from our sacred biblical texts, as support for what we do, as our voice against injustice.”

In the 1950s and 1960s, many black Churches of Christ failed to engage in the Civil Rights Movement, brushing aside such activism as a “social Gospel,” said James O. Maxwell, vice president for institutional expansion at historically black Southwestern Christian College in Terrell, Texas. 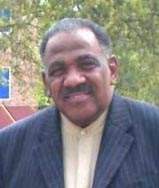 James O. MaxwellMaxwell, who has preached for 56 years, said he sees an increased willingness today to engage in peaceful protests.

“Many blacks who are members of the church have gone to Ferguson just to be a part of the protests,” he said.

Retaliation and violence never mix with the Christian way of life, Maxwell said.

But if the good people in a community remain silent, he said, “then that means the wrong can continue to go on.”

“You can protest by preaching the word of God,” Maxwell said. “But why should we enjoy the privileges of freedom if we didn’t make any sacrifices to make a difference?”

Owens stressed that he was not saying a Christian cannot be involved in the political process or take part in the American system of government.

However, he cautioned fellow Christians to remember that they are first and foremost citizens of heaven — not of the United States. 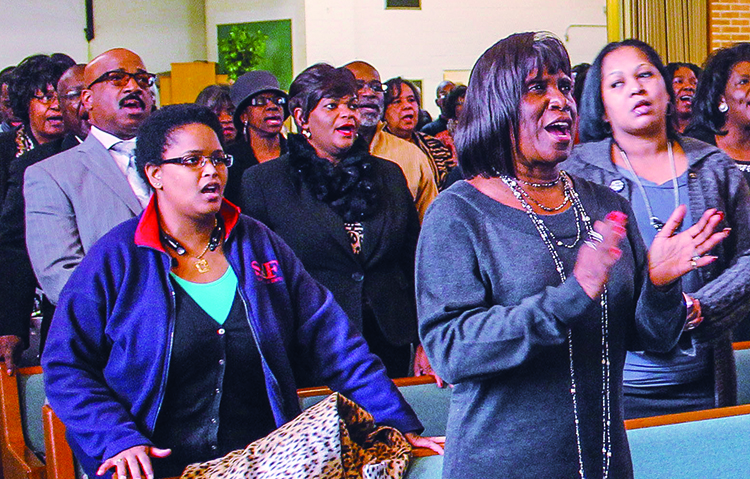 Reola Davis, right, and other worshipers sing during a Sunday morning assembly of the Ferguson Heights Church of Christ. (PHOTO BY BOBBY ROSS JR.)

‘I SAW MYSELF IN MICHAEL BROWN’

“I saw myself in Michael Brown because that could have very easily been me in that situation, had it not been for the grace of God,” he said. 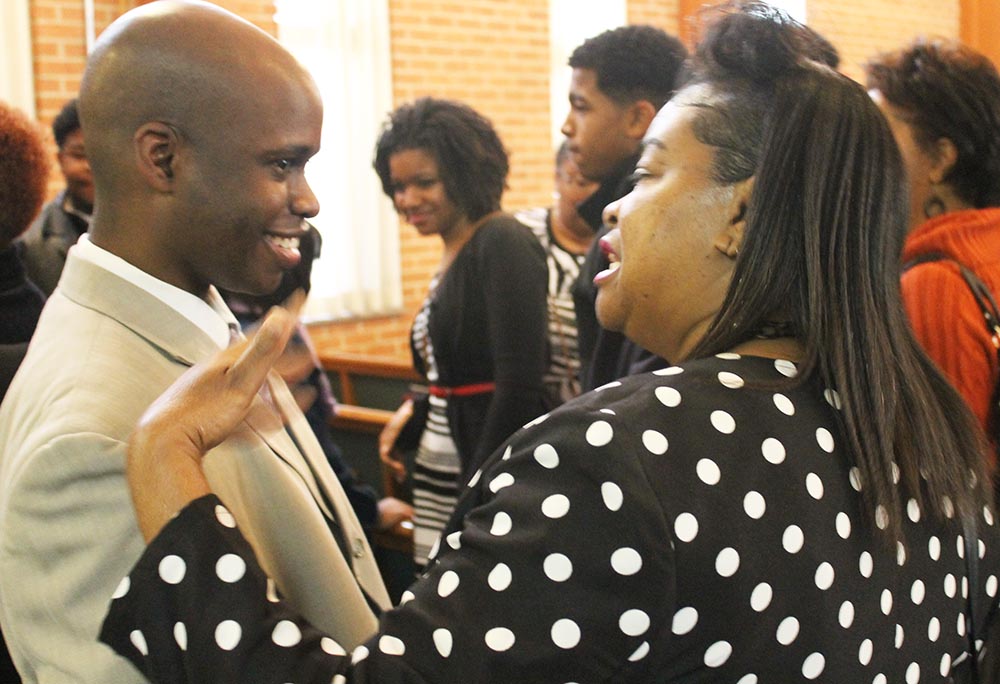 “The protests, there’s a place for that,” Lomax said. “But to me, a lot of it seemed very unorganized.

“I feel like it’s hard to give hope to somebody when they’re already grown and hopeless,” he said. “It’s better to start in their formative years, and one way I figured I could do that is by something as basic as school supplies.” 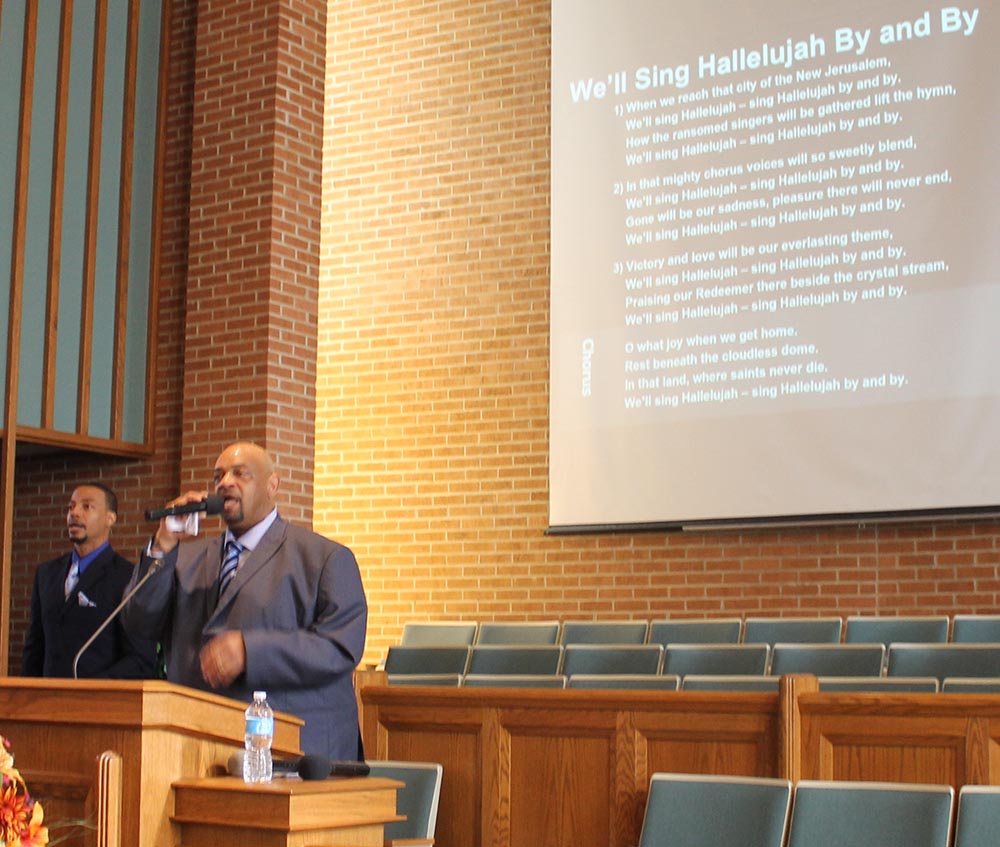 Ken Anderson leads singing at the Ferguson Heights church. (PHOTO BY BOBBY ROSS JR.But Anderson, who is black, wonders about the priorities of some of the protesters.

“One of my biggest concerns is, when will we, as a black community, stop killing each other?” said Anderson, pointing to the prevalence of black-on-black slayings. “I know that this is a separate issue (from police shootings), but they’re not so separate in my mind.”

Why, he asked, doesn’t drug and gang violence draw the same kind of outrage as the police-involved shootings?

“We went down, and we sang hymns, and we talked about change,” Douglas said. “It was peaceful, and it was effective. I think people listened to it.” 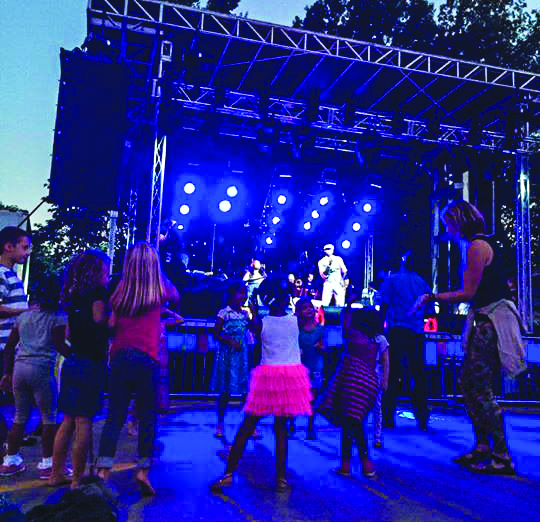 The community enjoys the #HealFerguson Concert for Peace and Unity, organized by church member Brian Owens in the Ferguson Heights congregation’s parking lot. (PHOTO VIA FACEBOOK.COM)

For his part, Owens used his connections as a recording artist to organize the #HealFerguson Concert for Peace and Unity. The event, held on a Sunday night, drew a racially mixed crowd of about 300 to the Ferguson Heights church parking lot.

The concert got front-page coverage in the St. Louis Post-Dispatch, where Owens described the goal as “healing through engagement.” He said he hoped to recruit 100 new volunteers for a local youth initiative.

“I’m not saying what other people should do,” Owens told The Christian Chronicle. “I’m saying, for me, if I’m going to minister to the community, the way I see it being most effective is we as a church being healthy, living lives that glorify God, and then being open to the opportunities that he brings us to impact the community.”