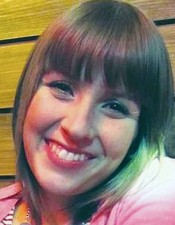 Erik Tryggestad
MITO, Japan — Though she was rooting for the United States women’s soccer team in the recent World Cup finals, Staci Maloney can’t help but be happy for the victorious Japanese.
“It’s good to have something positive to talk about with my coworkers,” said Maloney, who teaches English in the Mito, Japan, school system with her husband, Daniel. “I think they deserve a win. They got hit pretty hard this year.”
On March 11, a magnitude 9.0 earthquake and tsunami claimed more than 15,000 lives in Japan.
The Mito Church of Christ, which the Maloneys attend, has collected aid and sent relief teams to coastal towns devastated by the tsunami.
“There are plenty of reasons why we can give up in the world,” said the church’s minister, Atsushi Tsuneki.
Japan’s team, a heavy underdog in the women’s World Cup, also had reason to give up, “but they didn’t,” Tsuneki said. “That gives the whole nation hope.”
In nearby Hitachi City, Ibaraki Christian University also has contributed funds and workers to relief efforts. The 4,000-student school has roots in Churches of Christ.
The U.S. and Japanese women’s soccer squads “are both excellent teams, but I was rooting for Japan,” said Jim Batten, Ibaraki Christian’s chancellor. “Any good news at all is a breath of fresh air to the daily dosage of bad news. I think this win was a very positive pep-pill for all in Japan.”
RELATED BLOG POSTS:
Letting God ‘do his part’ in Japan
Videos: Singing from ‘East to West’ in Japan
Dojos and devastation: Japanese are noticing church’s aid