Five christian women share their views on the Bible’s teachings, tradition and Jesus’ call for unity.

OKLAHOMA CITY — “A woman should learn in quietness and full submission. I do not permit a woman to teach or to assume authority over a man; she must be quiet.”

Shaila Russell remembers reading those words in 1 Timothy 2:11-12 as a child.

“I just looked at that Scripture and said, ‘Yep, that’s what it says. OK, moving on,’” said Russell, a preacher’s daughter from northwest Arkansas. “It’s stated so clearly, so plainly: Women should be quiet and submissive and should not have authority over a man.”

Russell and four other female students sat down with The Christian Chronicle recently to share their experiences, thoughts and hopes for the future of women in the church. The young women, all students at Oklahoma Christian University, gathered at The Brew, a coffee shop on the campus of the university, which is associated with Churches of Christ.

Most of them had similar experiences growing up: Their families attended Churches of Christ where women only led prayers or taught in all-female classes or children’s programs.

They were used to it and didn’t think much of it.

But in recent years, as they’ve started to take ownership of their faith, the young women have started digging deeper into Scripture to discover for themselves God’s image of the church.

Russell, a sophomore whose father preaches for the River Park Church of Christ in Russellville, Ark., referenced verses in which Paul writes, “I do not permit a woman to teach or to assume authority over a man.”

Just two verses earlier, however, Paul gives specific instructions for how women should dress and wear their hair — instructions that aren’t enforced in most Churches of Christ.

During the two-hour conversation, the students agreed that one of the toughest challenges they face is determining if Paul’s instructions were meant to address specific circumstances in first-century churches or if they also were meant for churches nearly 2,000 years later.

Growing up in Churches of Christ, “no one ever told me I couldn’t do something,” said Ashley Patton, a sophomore who worships with the Memorial Road Church of Christ in Oklahoma City.

Patton, the daughter of Christian Chronicle advertising manager Tonya Patton, said she doesn’t feel the frustration some of her peers cite about women’s roles in Churches of Christ. 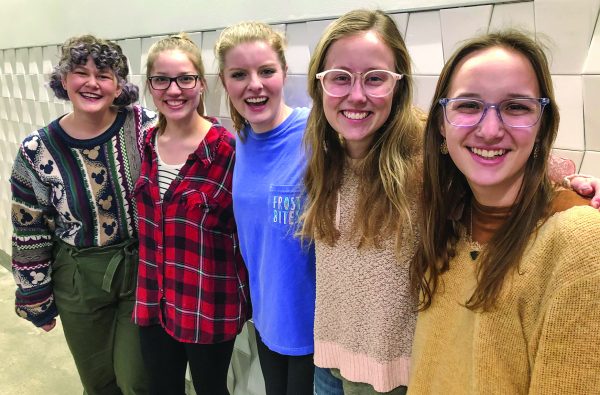 All of the young women expressed respect — and even love — for church traditions.

But they balked at the use of tradition as a measure of salvation, said Brighton Frost, a junior whose home congregation is the Legacy Church of Christ in North Richland Hills, Texas.

“I love tradition when we recognize it as tradition,” Frost said, “and (we don’t) say it’s the word of God and then try to uphold tradition through Scriptures that we pick and choose.”

“I love tradition when we recognize it as tradition, and (we don’t) say it’s the word of God and then try to uphold tradition through Scriptures that we pick and choose.”

Maislyn Weaver agreed. The university junior is a member of the Lamesa Church of Christ in Texas, where her father serves as an elder.

Growing up in the fellowship, she’s heard the phrase “this is what we’ve always done” used to justify various church traditions. Early Christians likely used similar excuses for following the rules of the world mentioned by the apostle Paul in Colossians 2: “Do not handle! Do not taste! Do not touch!”

Paul’s response, “These rules, which have to do with things that are all destined to perish with use, are based on merely human commands and teachings.”

Frost said she knows girls who have felt a calling to do something outside the boundaries of traditional male/female roles in Churches of Christ. Their fathers or other male church leaders have shut them down.

“It hurts them to the point where it damages their faith walk. It damages their relationship with God even,” Frost said. “While I’m not even going to say that women having (different) roles in the church is what God wants … if someone says they have an urging from God, it’s important to not immediately shut them down and just tell them no.”

Related: Women’s roles: a divisive issue but not a new one

For Russell, keeping personal relationships at the forefront is more important than pushing an agenda for women to preach — or taking a hardline stance against it.

“I think, more than anything, the whole Bible is about loving one another, loving God, putting that first,” she said. 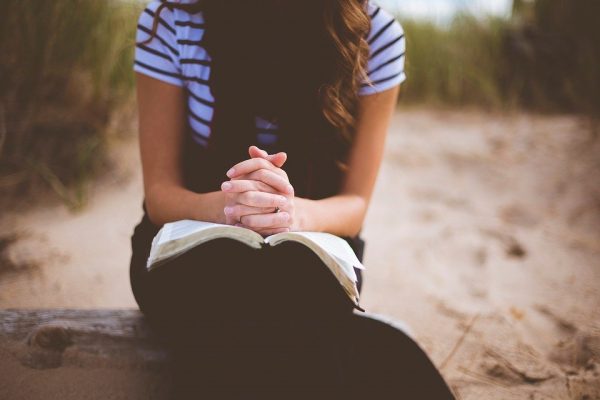 Women’s roles are a topic of much discussion in Churches of Christ.

Regardless of their individual stances on the issue, the students agreed that the subject is controversial among Churches of Christ.

“I’ve been in lots of different places where (discussion of) women’s roles has done everything but unify the people that it’s affecting,” Russell said.

The students also agreed that Jesus called for unity among believers and that discussions of women’s roles must be allowed to happen in a way that doesn’t devolve into an argument, Frost said.

“Arguments lead to tension and broken relationships, and that’s not what God advocates for.”

“There is a difference” between thoughtful discussion and arguments, Frost said. “Arguments lead to tension and broken relationships, and that’s not what God advocates for.

Although this group of women believes the church should be unified and peaceful, they also agreed there are times when change is needed.

“It always gets worse before it gets better,” Zoe Jones said of the tough-but-necessary conversations that accompany controversial issues in churches. Jones, a junior, grew up in the Memorial Road church.

Frost added that the church should be unified in its walk. But ultimately, Christians should be striving for the church to conform to God’s image of the church.

That means sometimes conversations among believers will be uncomfortable, Russell said.

“I think that’s where it becomes scary,” she added, “because we’re not called to be comfortable in our faith.”