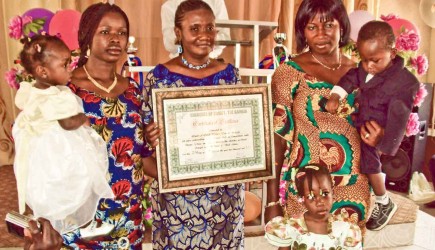 Erik Tryggestad
For the second year, women from congregations in Senegal and Gambia went head-to-head in a friendly competition of their Bible knowledge, said Arnold Dzah, a minister in Senegal who served as quiz master.
Last year, churches in Senegal hosted the competition, which was won by women from Gambian churches. This year, the Senegalese women traveled to Gambia and won.
“The style of the questions and the performance of the ladies of both congregations have generated some interest in all the ladies who attended,” Dzah said. The captain of the winning team and Dzah’s wife, Agnes Faith Dzah, said that the women now want to compete against the men of the congregation, “and she is sure they will win,” Arnold Dzah said.