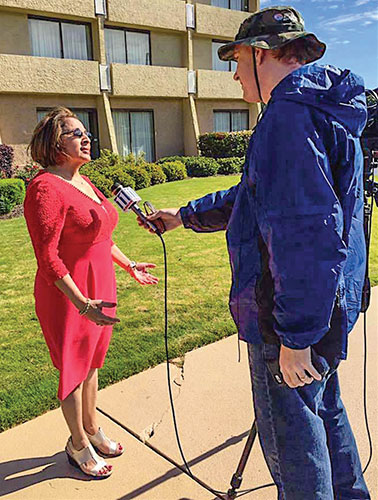 Will spread of Zika take bite out of Gospel?

Erik Tryggestad
President and CEO
Cris Gomes has the slightly peculiar habit of inspecting mosquitos after she swats them.

So when the missionary in Brazil got word that a certain type of mosquito was spreading Zika — a virus that could be linked to birth defects — she didn’t worry. Of the countless pests she had vanquished during eight years of ministry in the northeastern city of Natal, she had never seen one like that. 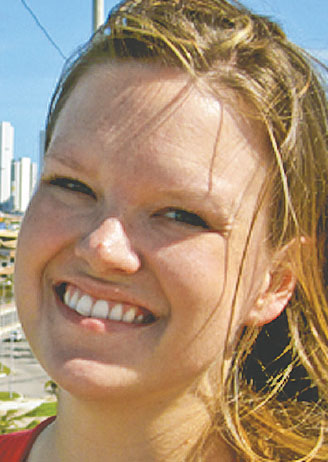 Cris Gomes
Then she found out she was pregnant. Less than a week later, she killed a mosquito at the church building.

As the virus spread across South and Central America, high-profile athletes including U.S. soccer star Hope Solo expressed uncertainty about competing in the Olympics this August in Rio de Janeiro.

More recently, the Centers for Disease Control and Prevention confirmed a link between Zika and microcephaly — babies born with smaller-than-normal heads — and other serious brain anomalies.

A few Churches of Christ have revised or canceled plans to participate in mission trips to the region this summer, including one headed to Recife, Brazil — a city heavily impacted by Zika — said another missionary, Randy Short.

Other congregations are continuing with mission plans, Short said.

With their first child due in October, Gomes and her husband, Franciney, are prayerful but calm.

“We chose to take a risk,” Cris Gomes said, noting that a health agency had recommended waiting two years to have children. By then, she and her husband reasoned, the risk could be even worse. “We decided we’re not going to let fear determine what we’re doing.”

Thus far her doctor appointments have revealed no abnormalities.

Though her close encounter with Aedes aegypti — a mosquito that spreads Zika — was scary, the mother-to-be puts her faith in a power greater than biology.

“Our approach is, God’s given us a baby, and we’re grateful,” she said. “The baby that we get is the baby that we love.”
AN UNUSUAL VIRUS
Zika is one of the strangest illnesses to surface “ever since we got kicked out of Eden,” Stephen Wolf said, referencing the fall of man and the introduction of death and decay, as told in the book of Genesis. 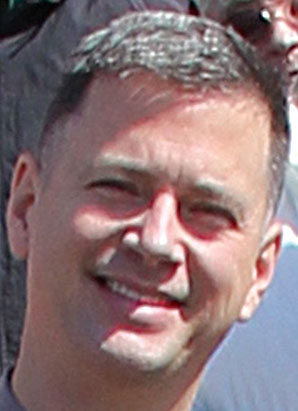 Stephen Wolf
“This virus is doing things that I did not expect to see, ever,” said Wolf, a lieutenant colonel and medical squadron commander in the U.S. Air Force who worships with the Edgemere Church of Christ in Wichita Falls, Texas. He has a master’s degree in entomology, the study of insects, from Auburn University and a master’s degree in ministry from Harding University in Searcy, Ark. Over the past 20 years, he has assisted in the Air Force’s efforts to assess risks and recommend protective measures for troops sent around the world.

An outbreak of Zika caught the medical world’s attention in 2007 on the South Pacific island of Yap, part of Micronesia, Wolf said, although this disease has been known since shortly after World War II.

“It’s a very mild mosquito-borne disease,” he said, but it can be “horrific for unborn babies.”

The virus has been active in Central America since 2013, said Dr. Amanda Madrid, CEO and medical director of Predisan Health Ministries. Based in Catacamas, Honduras, the ministry associated with Churches of Christ has treated hundreds of Zika patients. On Feb. 2, Honduras’ president declared an epidemiological emergency.

Some people infected with Zika, however, exhibit no symptoms at all. Unlike many “vector-borne” diseases spread by insects, the virus also can be transmitted sexually.

Women infected during the first 12 weeks of pregnancy seem to be at the greatest risk for birth defects, Madrid said. However, many women who have the virus give birth to healthy babies.
HEALTHCARE FOR A FALLEN WORLD
Predisan, which recently celebrated 30 years of ministry, operates a network of facilities including a medical center, substance abuse recovery program and clinics in the Honduran state of Olancho.

The ministry has a birthing center in the town of Dulce Nombre de Culmí, where healthcare workers deliver about 500 babies per year. Occasionally, they see cases of microcephaly, usually in stillborn babies.

Losing a child for any reason can be a challenge for a mother’s faith — and for the medical mission’s workers who attempt to introduce her to Christ, Madrid said.

“In the most rural, remote areas of Honduras, people still attribute birth defects to witchcraft,” she said, “or to situations related to nature like movements of the moon and the sun.”

How do physicians of faith respond?

“We live in a fallen world,” Madrid said. “To me, this is an opportunity to serve — to show God’s love in action through healthcare — but also to teach people about our responsibility in taking care of our environment and assuming co-responsibility for our health.”
PRECAUTIONS AND PRAYER
Though risk exists, “we do not need to have a spirit of timidity when it comes to vector-borne diseases preventing us from spreading the Gospel,” Wolf said.

As some U.S. churches sponsor mission trips south this summer, pregnant women or couples trying to have children might want to stay home, he said. Others should prepare for travel in the tropics by purchasing insect repellent with DEET, a compound effective against mosquitos, ticks and other insects. Doing so can help prevent other viruses, including dengue and chikungunya, also transmitted by Aedes mosquitos.

Cris Gomes takes anti-mosquito precautions as she works as part of a team in Natal, where she oversees an English outreach ministry.

She spent part of her first trimester in the U.S. In months when most Brazilians slept with their windows open, she kept hers shut and ran the air conditioner instead.

She hasn’t canceled any activities, but goes to the church building — located in a part of town she calls a “hotbed” of mosquito activity — only when she has to. “One of my teammates who’s so sweet, when she knows I’m coming, she drowns the place in bleach,” Gomes said.

Her parents, Bob and Donna Carpenter, once served as missionaries in Brazil’s capital, Brasilia.

While they are concerned about the health of their future grandchild, they trust their daughter’s judgment — and God’s provision.

“We know that Cris is taking all the necessary precautions and has a very competent and caring doctor,” Donna Carpenter said.

News of the virus has affected Cris Gomes’ prayer life — in a good way, she said. Though she does what she can, she realizes that she and her unborn child are completely dependent on God, “the one caring for both of us.”

“I also get to remind myself of the incredible community of prayer warriors that I’m a member of,” she said, noting the support she receives from her congregation.

“Our church is family. We’re very blessed to be where we are.”