'Why are you even talking about it?' some Christians ask in the year after George Floyd's killing.

WOODBURY, Minn. — A year ago, George Floyd’s killing sparked outrage around the world.

At the Woodbury Church of Christ, a predominantly White congregation about 20 miles east of Minneapolis, the Black man’s death under a police officer’s knee provoked difficult conversations.

Some church members in this fast-growing suburb, where new homes keep replacing cornfields and pastures, welcomed the ongoing dialogue on race and justice.

Others were not pleased.

“We’ve had some people say, ‘Why are you even talking about it?’” said Patrick Doherty, preaching minister for the Woodbury church, which averaged Sunday attendance of about 240 before the COVID-19 pandemic hit.

But he’s quick to add: “Most of the feedback about tackling the topic has been supportive. The bulk of members are aware that this discussion needs to happen.” 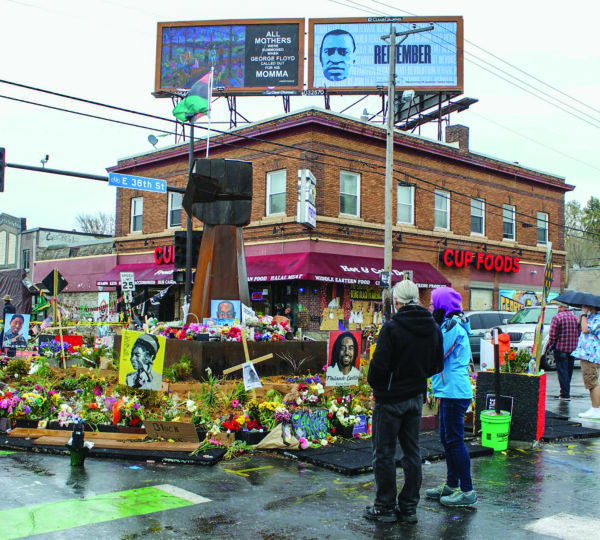 A couple reflects at the Minneapolis intersection where George Floyd was killed.

Even before fired Minneapolis officer Derek Chauvin ignored Floyd’s cries of “I can’t breathe” on May 25, 2020, the Woodbury church had taken steps to bridge racial divides.

Those steps include annual unity services with the Minneapolis Central Church of Christ and helping with the predominantly Black congregation’s benevolence and food ministry.

But the aftermath of Floyd’s death exposed differences within the Woodbury church itself.

Some members joined peaceful marches and protests. When rioting occurred, some helped clean up the damage. After markets were destroyed, some donated money and delivered groceries.

“It also seemed to me that some Christians who had been quiet about the death of George Floyd were fairly vocal in their condemning the looting and rioting.”

“I think condemning looting is a perfectly reasonable position,” the minister added, “but doing so without acknowledging a human death seems to me to have missed the bigger picture.”

As food needs increased after the rioting, elder Travis Edwards and other Woodbury members helped the Minneapolis Central church expand its basement pantry.

In addition, Edwards cleared large trees that were creating a problem on Central’s property.

His wife, Anna Edwards, and their seven children joined in the volunteer work.

“Our city was very troubled at the time, and I felt like that was just a good place to focus,” Anna said. 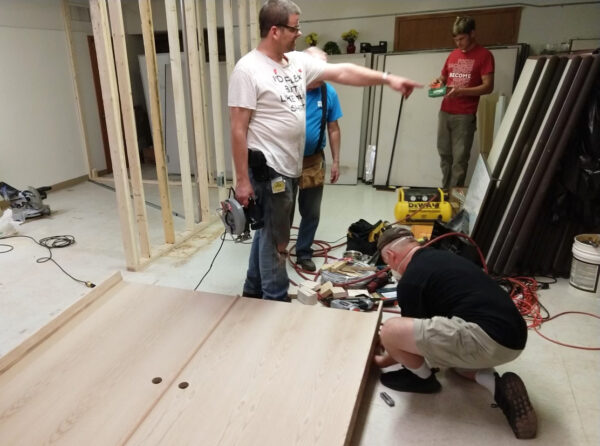 Travis, a train engineer and former bricklayer, said a desire to help people in need motivated him.

“As far as political views, we probably differ with them sometimes,” he said of Minneapolis Central members. “Otherwise, I don’t feel any racial tensions, I guess, when we’re over there. … We’re just friends and co-workers in God’s kingdom is how I feel.”

“You know how you’re always seeing Lady Justice with the blindfold on? That’s what I hope our justice system is, and it didn’t feel that way to me.”

Travis welcomed the April 20 guilty verdict in Chauvin’s murder trial but said he did not like how political the case became.

Three days before the verdict, Rep. Maxine Waters, a Democrat from California, called for protesters to “stay on the street” and “get more confrontational” if Chauvin was acquitted.

“I think we probably could have gotten the same verdict without that,” Travis said of pressure on the jury. “It’s kind of tarnished our justice system in my mind because it’s polluted it a little by involving politics.

“You know how you’re always seeing Lady Justice with the blindfold on?” he added. “That’s what I hope our justice system is, and it didn’t feel that way to me.” 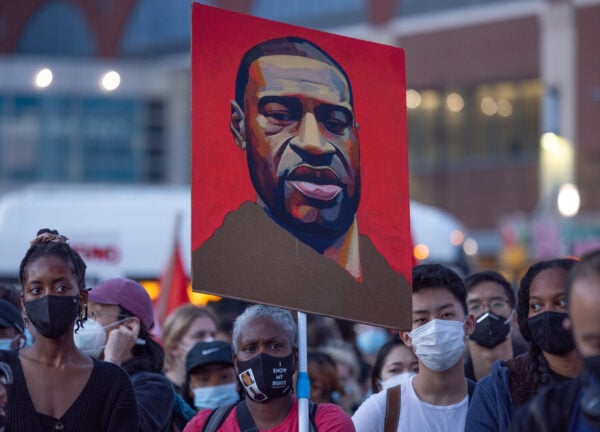 A quarter-century ago, Steve Countryman, a former missionary to Thailand, worked with the Woodbury congregation to launch the St. Paul Urban Ministry.

It aims to reach the thousands of Hmong refugees who settled in the Twin Cities after the Vietnam War.

Now the suburban church’s discipleship and outreach minister as well as one of its eight shepherds, Countryman sees a need for Christians to grapple with “what our world is talking about.” 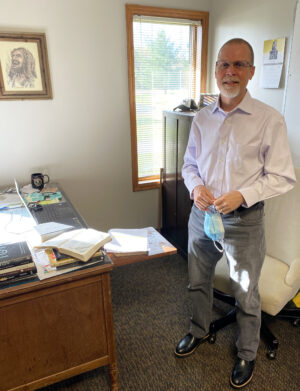 Elder and minister Steve Countryman at the Woodbury Church of Christ in Minnesota.

“We want to say, ‘Hey, here’s what Jesus says. Here’s what the Bible says. Here’s what God says about how we should deal with this,’” Countryman said of the Floyd case. “But also, if there is an injustice, I believe Christians need to speak to that, so we have talked about it.”

To gain a better understanding of the congregation’s mindset, Woodbury leaders are asking members to fill out a questionnaire on faith and race. The survey idea resulted from discussions with the church’s own minority members, Doherty said. (A Black member who is a part of the church’s faith and race committee said he’d be excited to read this article but declined to be interviewed.)

Members’ responses will help the ministry staff craft a sermon series on the issue.

“We felt like, as a church, that we needed to have a coordinated response,” Doherty said, “and one of the tricky parts about this is … everything becomes so political so quickly that it can be easy to overlook the biblical perspective. 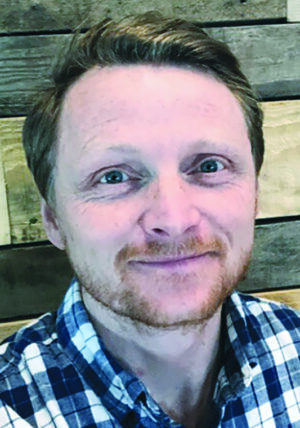 “And we had people who were frustrated because they felt like, ‘Well, the Bible doesn’t speak to this kind of stuff,’” he added. “Then when you start reading the New Testament letters, you realize the majority of what Paul was addressing was culture and ethnic diversity that they were struggling with.”

But it’s not a simple study.

Terminology itself — from the definition of racism to the soundness of critical race theory — can bog down a discussion.

“I think it’s been good for a couple of our Black members to have a chance to talk,” Anna Edwards said. “It’s also felt like to some of our White members … that we were focusing on something that wasn’t really an issue.

“It’s surprised me how personal it can feel to both parties,” she said of trying to address some members’ concerns without alienating others. 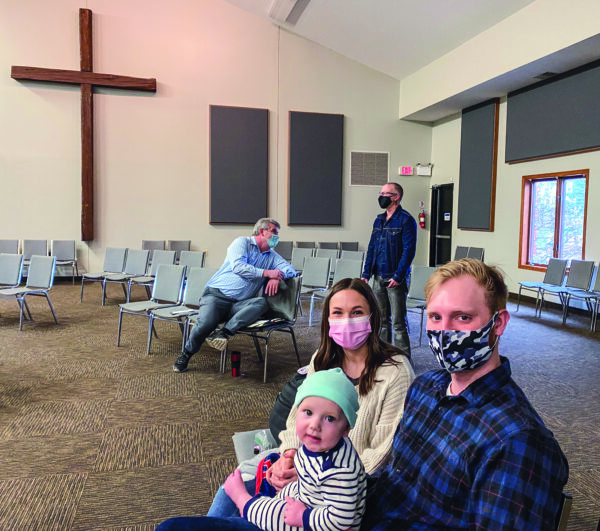 These conversations have occurred amid a pandemic that has stirred debates among Christians about masks, social distancing, vaccines and other controversies.

The Woodbury church met online and then outdoors and now has two Sunday morning services indoors — with masks required at both but only recorded singing at the early assembly.

Youth minister Caleb McCaughan and his wife, Taylor, arrived at their new congregation about a week before the COVID-19 lockdown began in mid-March 2020.

Related: ‘I prayed that God’s justice … would prevail’

“To actually be in the Twin Cities when George Floyd died, to see the emotion of the community we’re living in, I think that had a pretty big impact on us and wanting to find a way forward,” Caleb said.

They also felt an obligation to help the church’s teens process their feelings, Taylor said.

The couple, who have a 6-month-old son, Axel, watched the verdict in Chauvin’s trial on live television.

“I think this was a big step for justice in this situation, but I think this is where the church can kind of step up in recognizing that they didn’t close the book on where there is sin and injustice in our communities here.”

“I think this was a big step for justice in this situation,” Caleb said, “but I think this is where the church can kind of step up in recognizing that they didn’t close the book on where there is sin and injustice in our communities here, specifically the Twin Cities. This was just one case.”

As Doherty, the preaching minister, sees it, any progress must start with recognizing that “Jesus would care more about the loss of George Floyd’s life than the destruction of property.”

“But I worry,” he said, “that people are allowing their politics to inform their Gospel rather than the other way around.” 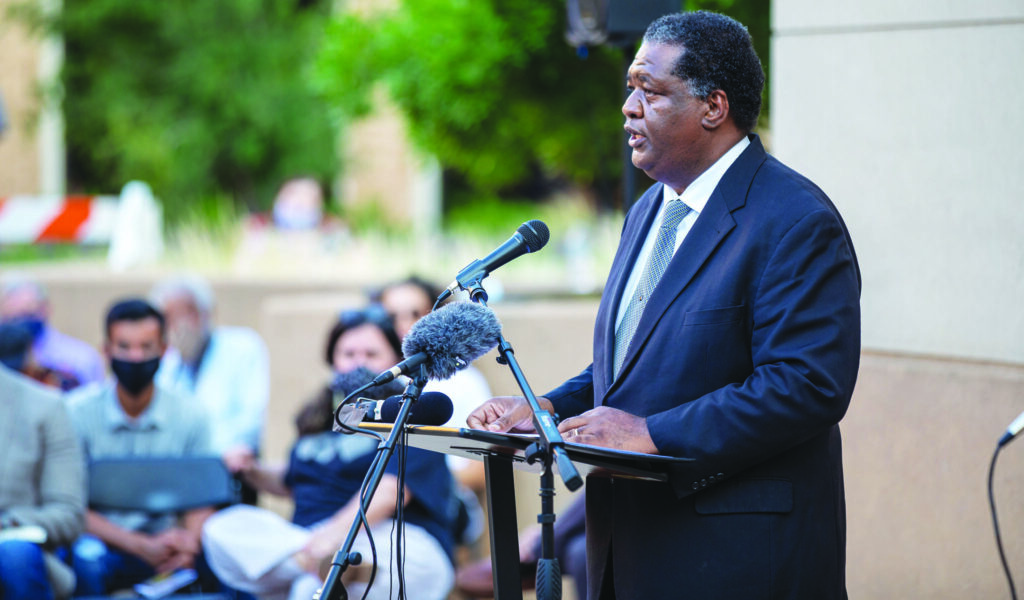 As former Minneapolis police officer Derek Chauvin was convicted on…