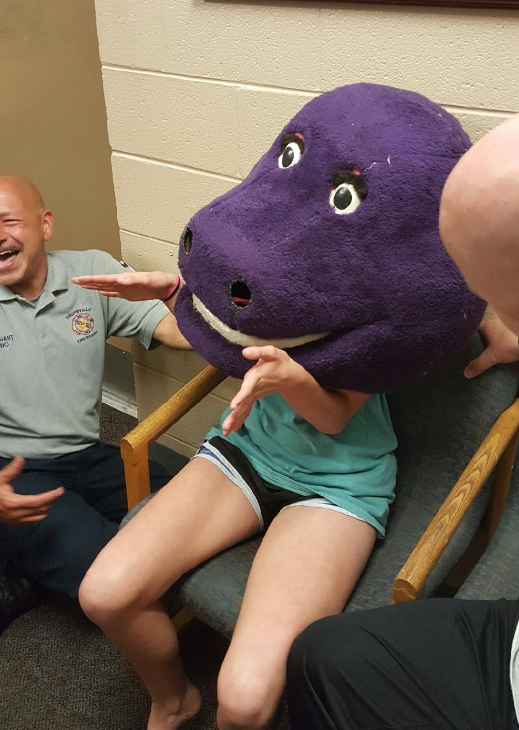 “Who wouldn’t be scared when it’s dark and a big Barney head pops out?”

An Alabama teen is making headlines after she gets a Barney mask stuck on her head.
Chellie Ison
The pictures are going viral. A member of an Alabama church youth group got stuck in a Barney head.

Darby Risner, who attends the Roebuck Parkway Church of Christ in Birmingham, Ala., says she was hanging out at a friend’s house Sunday night after church when things got a little crazy.

The 15-year-old had gone down to the basement ahead of her friends. She saw the mask and decided to put it on in hopes of startling her friends. 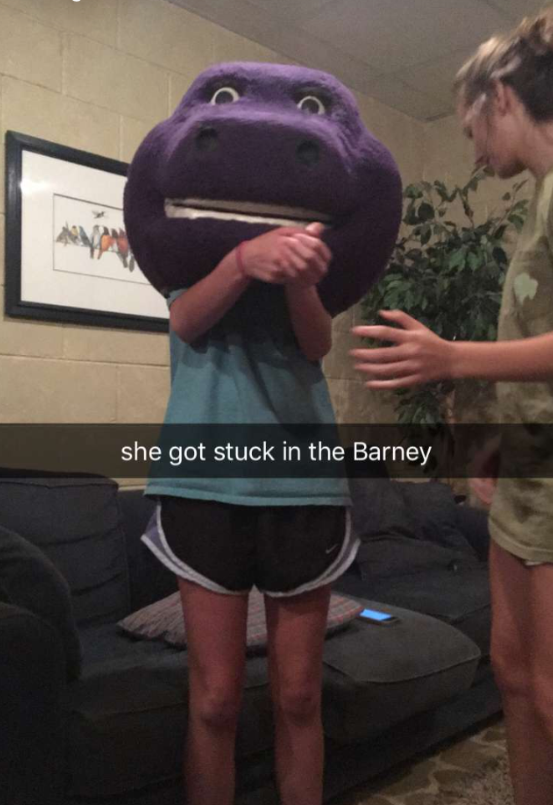 “Who wouldn’t be scared when it’s dark and a big Barney head pops out?” Risner said.

When her friends came downstairs, she jumped up to scare them but says they just laughed. It wasn’t until a few minutes later she realized she was stuck. Risner decided to take the Barney head off but quickly realized she was going to need some help.

She says her friends tried to help but weren’t having any luck.

“It’s not budging. What are we going to do?” they wondered.

Her friend’s parents tried to help, even using Vaseline to try to get the mask to slide off. Risner says it would slide a little but if they let go, the mask would sink back down.

One friend captured the craziness as it unfolded, later sharing the photos and a short video of Risner hollering on Snapchat. 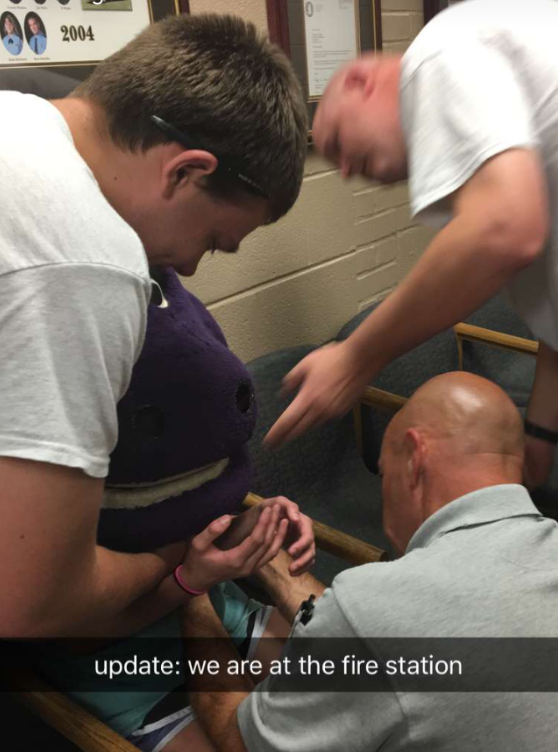 PHOTO PROVIDEDAfter several attempts, she and her friends decided they were going to need more help. They called the fire department, loaded Risner up and took her to firefighters to see if they could get the head off.

Risner says as soon as she walked into the fire department, everyone burst into laughter. While they had called ahead of time, this was not what firefighters were expecting.

Finally, after being stuck for almost an hour, firefighters were able to free her from the mask. 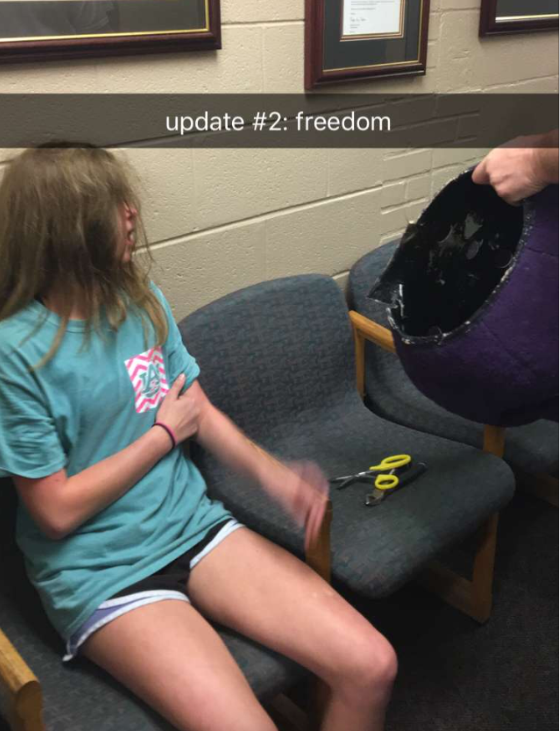 PHOTO PROVIDED“Through all of this, it was really painful,” Risner said.

She says her arms are bruised and still sore. She’s grateful to the firefighters who helped her out.

The mask was not damaged much in the efforts to get it off. However, Risner says she has no plans to put it back on anytime soon.

Her story has been shared around the world. This week she was even asked to appear on The Today Show.

Risner is taking it all in stride. While she’s still getting a lot of attention her focus has shifted. Her youth group is leaving this week, headed to Maryland to be a part of a door-knocking campaign where they will also host a Vacation Bible School. 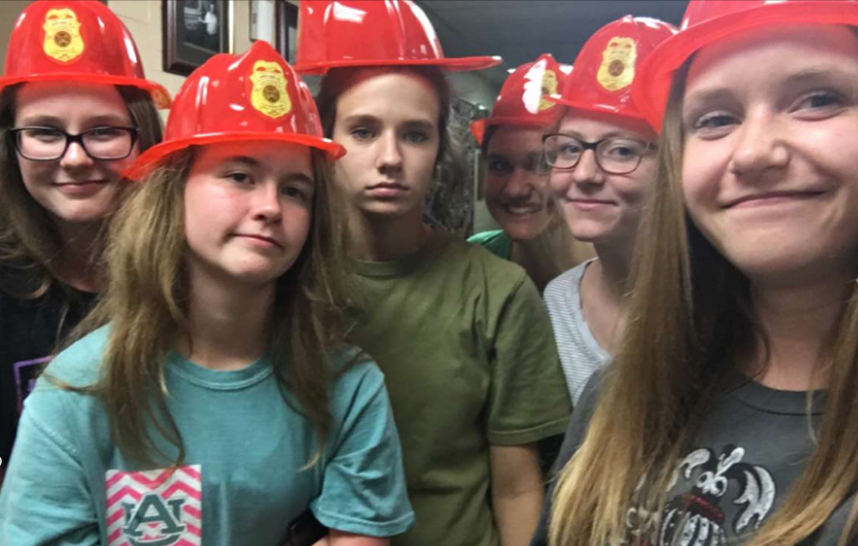