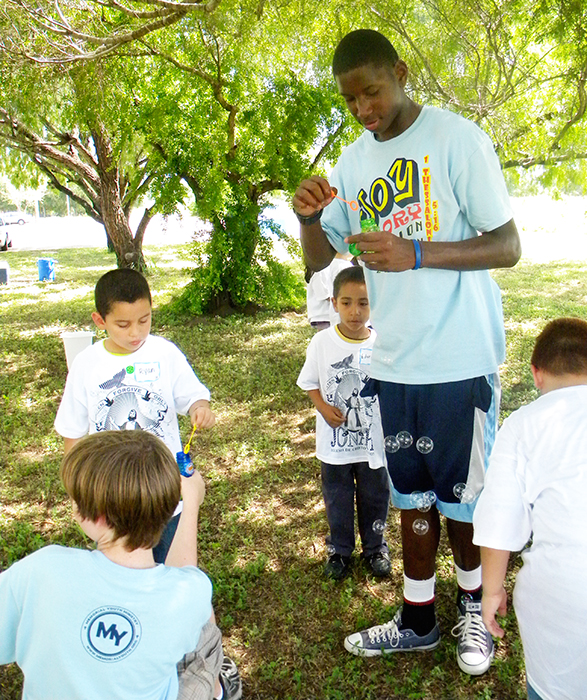 What you can (and can’t) do in response to U.S. immigration crisis

Update: Healing Hands International is putting together an emergency shipment of its Magi Boxes for the Texas/Mexico border in partnership with the  8th & Harrison Church of Christ in Harlingen, Texas. Read more.

Christians across the U.S. are watching news reports about the illegal immigration crisis — seeing images of hundreds of children crammed into shelters at a military base — and asking what they can do to help.

But the options, currently, are limited, a church leaders in south Texas told The Christian Chronicle.

“It is good that Christians are looking past the political part of this and just wanting to help — especially innocent children who are really being put in a bad situation,” said Craig Cooper, an elder of the Church of Christ North in Pharr, Texas, a town in the Rio Grande Valley less than 30 minutes from the Mexico border. He is missions coordinator for the church’s work among the Hispanic communities in south Texas and northern Mexico. (See our feature from 2010 about the church’s work among south Texas’ colonias.)

Hidalgo County, which includes Pharr and the nearby city of McAllen, has been a focal point for media covering the crisis. The region’s faith communities are doing what they can — and searching for ways to do more, said Abel Alvarez, minister for the Harvey Drive Church of Christ in McAllen.

“We are helping with temporary respite,” Cooper added, “but most are moving out of the area fairly quickly, once they have been released for travel by the immigration authorities.”

The phenomenon of unaccompanied children crossing the border isn’t new, according to the Migration Policy Institute, a nonpartisan, Washington-based think tank that studies the movement of people worldwide.

In the past year, however, the institute notes a 90 percent spike in the arrival of what it terms “unaccompanied alien children,” or UACs, from Latin American countries including El Salvador, Honduras and Guatemala.

While the flow of UACs has been climbing steadily since 2012, a dramatic surge has taken place in the last six months, with the Rio Grande Valley in South Texas as the principal place of entry. The Border Patrol there has converted entire stations to house unaccompanied minors and families.

According to the Border Patrol, apprehensions of unaccompanied children increased from 16,067 in fiscal year (FY) 2011 to 24,481 in FY 2012 and 38,833 in FY 2013. During the first eight months of FY 2014, 47,017 such children were apprehended by the Border Patrol. If the influx continues apace—and it shows no signs of slowing—the administration predicts that by the end of the fiscal year on September 30, totals could reach 90,000.

Though politicians and pundits are pointing fingers about the cause, claiming that U.S. immigration and asylum policies are flawed, the institute says that there appears to be no single cause for the spike. In recent years, gangs and drug cartels have made Central America a dangerous place for children.

Many who live in countries that don’t directly border the U.S. are heading north “to escape violence, abuse, persecution, trafficking and economic deprivation,” the institute reports. (The government has different policies for those crossing illegally from countries that share a border with the U.S.) 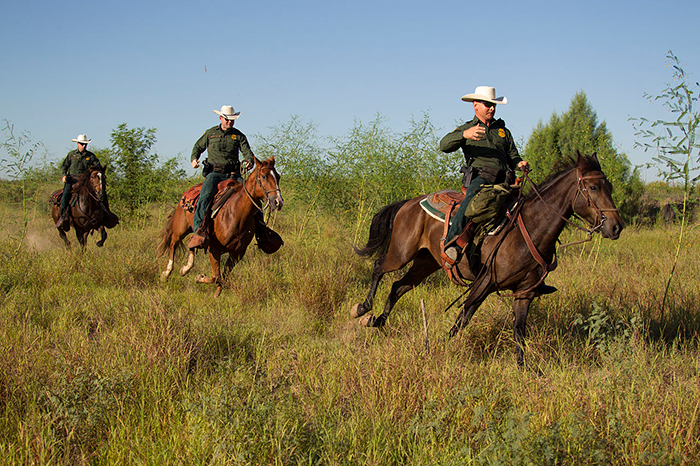 Cooper has been in contact with  Catholic Charities of the Rio Grande Valley, which is responding to the crisis.

“No unaccompanied children are currently being released to church-run care facilities,” he said, adding that most are taken to holding facilities at military bases. “So no direct help is presently available for those children through private means.”

Meanwhile, in McAllen, national and local authorities have set up three temporary holding areas, called “Respite Centers,” under tents near a bus station. These centers serve children who were accompanied by adults as they crossed the border. The families served at these centers must be cleared by immigration officials for travel in the U.S., Cooper said.

At the facilities, they get a chance to shower, a hot meal provided by the Salvation Army, a change of clothing and the chance to see a doctor.

“Contrary to what most people understand, those family units that stop at these centers are only there for an average of five hours before they are put on buses to their final destination,” Cooper said.

While Catholic Charities is the only group authorized to operate the centers, other nonprofits and faith groups — including the Harvey Drive Church of Christ — are assisting in the effort and plan to do more as the needs increase, Alvarez said.

The Respite Centers use volunteers, but organizers don’t know from day to day how many people they’ll serve, Cooper said. Recently, volunteers outnumbered immigrants 300 to 48, “so that dynamic poses its own special problem.”

What you can do

Money is what’s most needed right now, according to those overseeing the Respite Centers. Cooper and Alvarez also listed the following necessities for those being served at the centers:

Donations can be made to Catholic Charities of the Rio Grande Valley.  The Church of Christ North also is collecting funds for the Respite Centers.

The Harvey Drive Church of Christ is accepting donations of money and relief items. The church’s address is 508 Harvey Drive, McAllen TX 78501.

The Food Bank of the Rio Grande Valley also is accepting donations of money and food to be used specifically in this humanitarian effort, Cooper said. (Donate directly through the food bank’s website.)