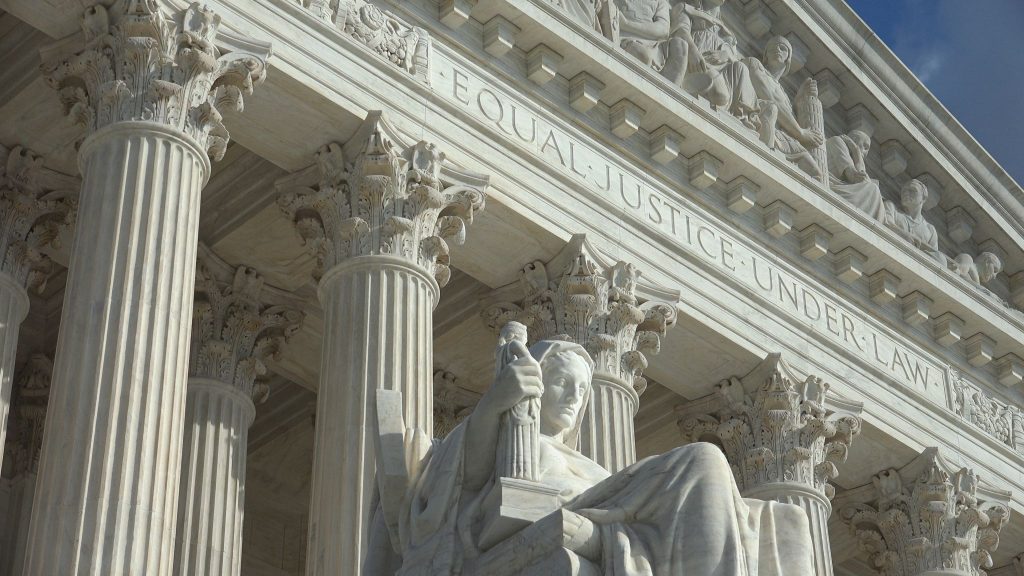 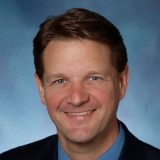 Within hours after Politico published a draft opinion by Supreme Court Justice Samuel Alito purporting to overturn the 1973 Roe v. Wade abortion decision, demonstrators had flocked to the plaza in front of the courthouse steps — either to blast the decision as a breach of fundamental rights or hail it as a long-overdue protection of unborn life.

In the weeks that have followed the May 2 report, similar protests, marches and prayer vigils have spilled over into cities across the U.S., and the renewed abortion debate has landed back on editorial pages, political blogs and social media posts.

And all that in opposition to or support of a decision that hasn’t even been released yet.

The case is Dobbs v. Jackson Women’s Health, a challenge to Mississippi’s prohibition on most abortions after 15 weeks of pregnancy. Abortion rights advocates say that law runs headlong into 50 years of abortion jurisprudence. Opponents say Roe has been wrong all along.

In Roe, the Supreme Court decided, 7–2, that women have a “fundamental right” to privacy and abortions without excessive government limitations. The result was effectively to require states to allow abortion on demand during the first six months of pregnancy and make post-viability, late-term abortions still possible in certain circumstances.

In 1992, the court decided Planned Parenthood v. Casey, weakening Roe and allowing states to restrict abortion as long as laws do not create “an undue burden” on the right. The court retained Roe’s focus on fetal viability, which even by that point was earlier in the typical pregnancy, but made regulating abortion prior to viability easier.

The document leaked last month was a photocopy of a draft Dobbs majority opinion authored by Alito and apparently circulated among the other justices in February. The opinion would explicitly overturn Roe and Casey ­— long a goal of pro-life advocates — and give states considerable latitiude to regulate abortion.

While Chief Justice John Roberts confirmed the draft’s authenticity, he emphasized it’s not a final decision. The official opinion of the court’s majority, which will most likely come in late June, could end up being substantially similar to Alito’s draft, or it may be significantly altered based on the other justices’ feedback. Or an entirely different opinion, perhaps by a different justice, may become law. 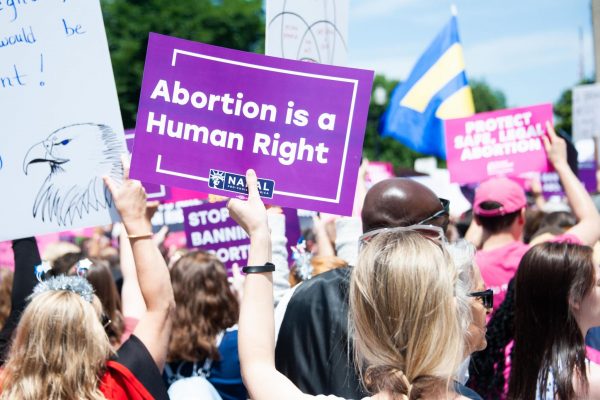 Opponents of abortion restrictions rally outside the Supreme Court in 2019.

Much of the debate and discourse since the release of the draft opinion have been tangential to the opinion itself. For example, legal analysts have speculated heavily on the motivation of whoever leaked the document, a striking violation of the court’s policy of secrecy. Was it a law clerk serving a more liberal justice, seeking to harness public opinion to discourage the justices from a bold reversal? Was it a clerk for a more conservative justice trying to ward a wavering justice from a last-minute capitulation?

Regardless, it is the substance of the court’s decision — whatever it says and whenever it’s released — that will be of lasting significance.

That the court might reverse Roe was never in doubt. Even as Dobbs was argued on Dec. 1, 2021, legal scholars speculated that several justices were signaling a willingness to do so. And many experts predicted the case’s outcome hinged on Roberts’ ability to find a middle ground between striking down the Mississippi law and reversing Roe and Casey — and to convince at least one of the more conservative justices to join him. None expected a hearty and unequivocal endorsement of Roe and Casey by the majority.

But the Alito draft is an unwavering challenge to the notion that the Constitution ever protected a right to abortion. He called the Roe rationale “weak” and the opinion itself “damaging.” The decision in 1973 “short-circuited the democratic process” by forestalling political debate over the moral implications of rapid medical advancements and the nature of life itself.

The Alito draft opinion takes issue with protecting the right to abortion under the concept called “substantive due process.” Abortion rights advocates, while acknowledging the Constitution does not mention abortion — or even privacy — say the right to both is implicit in the 14th Amendment, which prohibits a state from denying anyone liberty without due process of law. While that provision has been held in other cases to guarantee rights that are not mentioned in the Constitution, Alito wrote, to be protected those rights must be “deeply rooted in this Nation’s history and tradition” and “implicit in the concept of ordered liberty,” citing prior court decisions. Abortion, he argued, is not.

Much of the negative reaction to the draft opinion has been its rejection of what Roe supporters have called “settled law.” That fundamental concept, that courts should base their interpretations on prior decisions, is called stare decisis, Latin for “let the decision stand,” and it ensures the common law remains stable and reliable, even if it changes gradually.

The opinion would indeed overturn precedent. But rejecting precedent is far from unprecedented. Since Roe, the Supreme Court has reversed itself, on average, about twice per term. To be sure, none of those decisions has led to the firestorm of reactions seen in the past few weeks. And none has been as well publicized as Roe.

But in 2015, Obergefell v. Hodges, which mandated that states recognize same-sex marriages, overturned Baker v. Nelson (1972). And long before Roe, in Brown v. Board of Education (1954) the court held separate accommodations based on race were inherently unequal and as such unconstitutional, effectively reversing Plessy v. Ferguson’s “separate but equal” doctrine from 1896. And in First Amendment law, the court has overturned earlier decisions to find previously unrecognized free speech protection for advertising, movies and corporate political speech.

If the final decision in Dobbs resembles the draft opinion or something like it and overturns Roe and Casey, the result will be to move the debate over abortion from the constitutional realm squarely to the political one, and each state will have the power to set its own policies.

And many already have. Thirteen states, including Texas, Oklahoma and Tennessee, have passed “trigger” laws that would automatically ban or substantially restrict abortion in the event Roe and Casey are overturned. Sixteen others, such as California, Colorado and New York, have already codified the abortion right into law, in some cases making abortion legal throughout the full term of a pregnancy. Other states are staking out the middle ground, focusing on viability or similar standards. 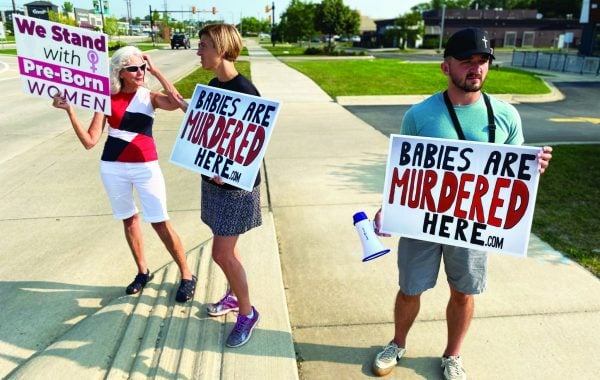 The protests since the Dobbs leak are likely just a prelude to things to come. In fact, Axios reported in mid-May the Department of Homeland Security was preparing for a “surge in political violence” based on the outcome of the case.

So just as Roe failed to settle political, moral and existential questions raised by the ability of medical science to terminate pregnancy, it’s almost certain that Dobbs won’t settle them either, whatever the outcome.

KENNETH PYBUS is an associate professor and chair of journalism and mass communication at Abilene Christian University in Texas and a First Amendment lawyer. He attends the Hillcrest Church of Christ in Abilene. 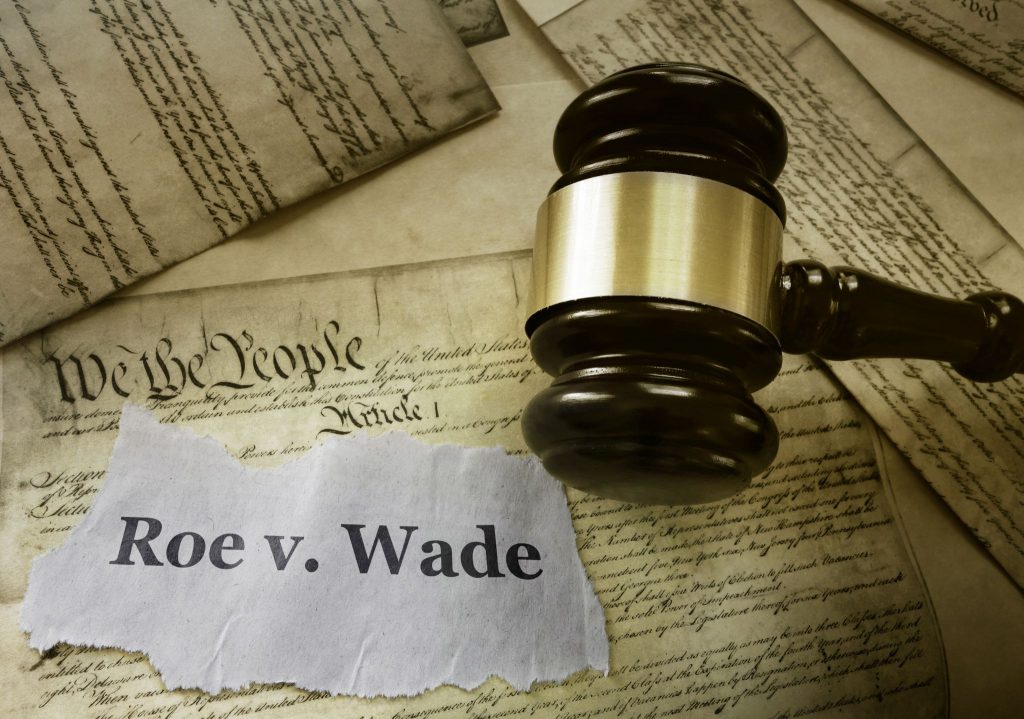 News that the U.S. Supreme Court’s conservative majority might overturn… 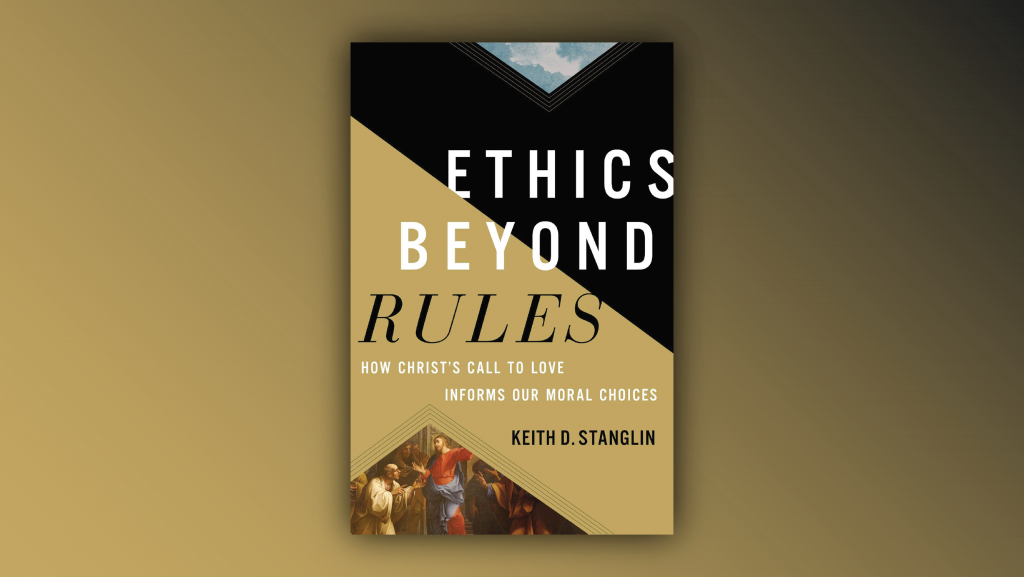 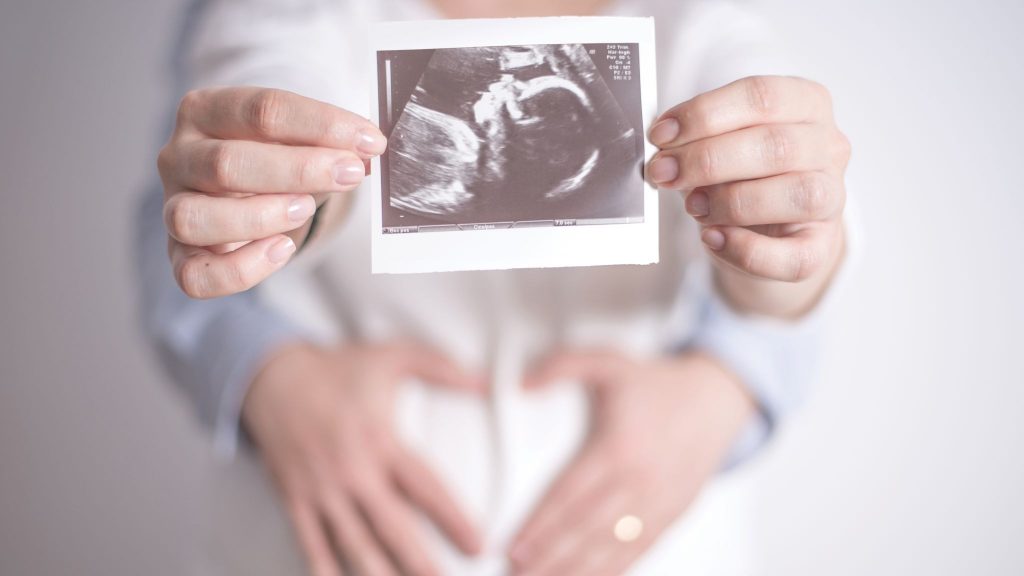