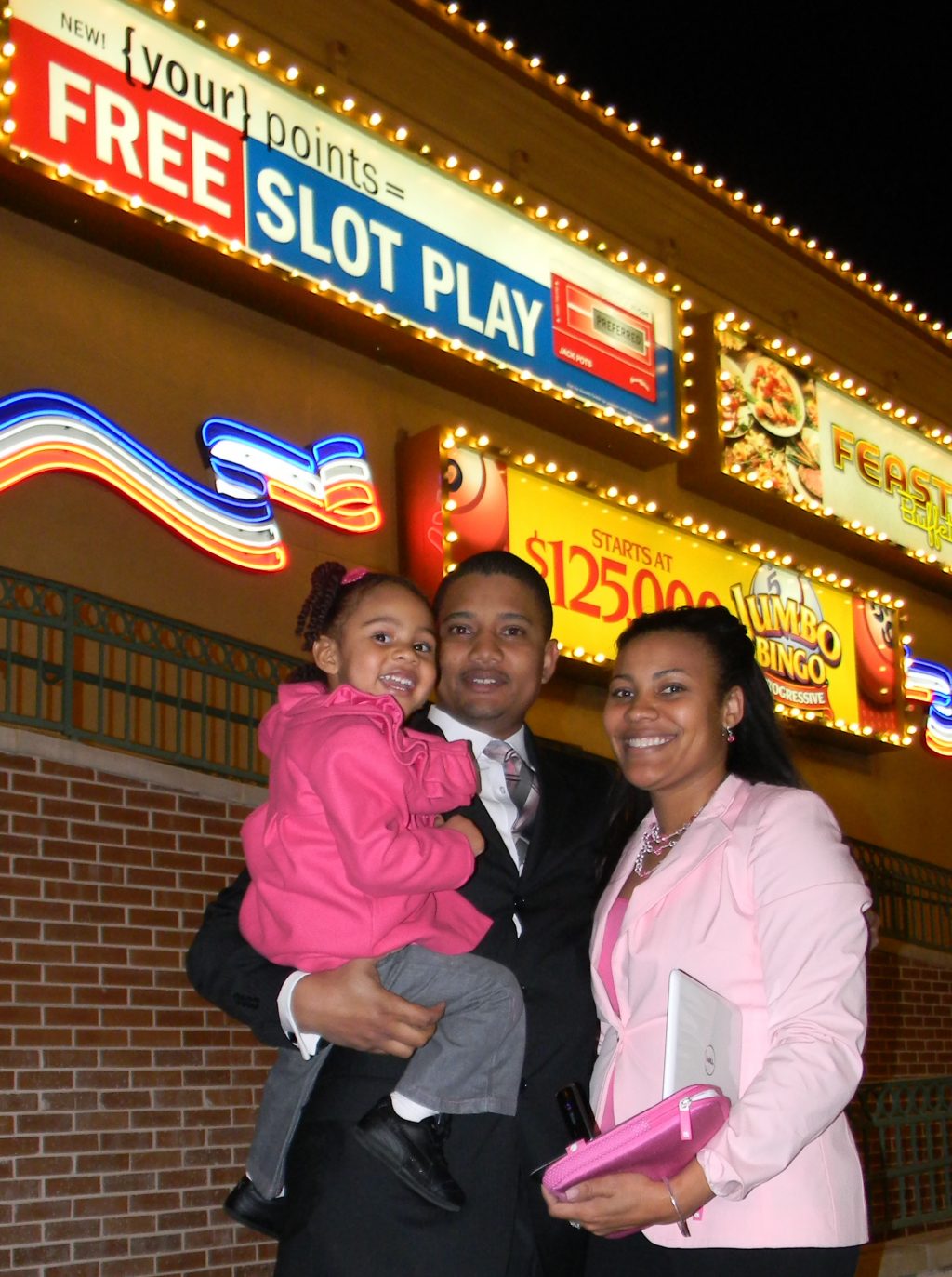 What happens in Vegas: Preachers, leaders gather in Sin City 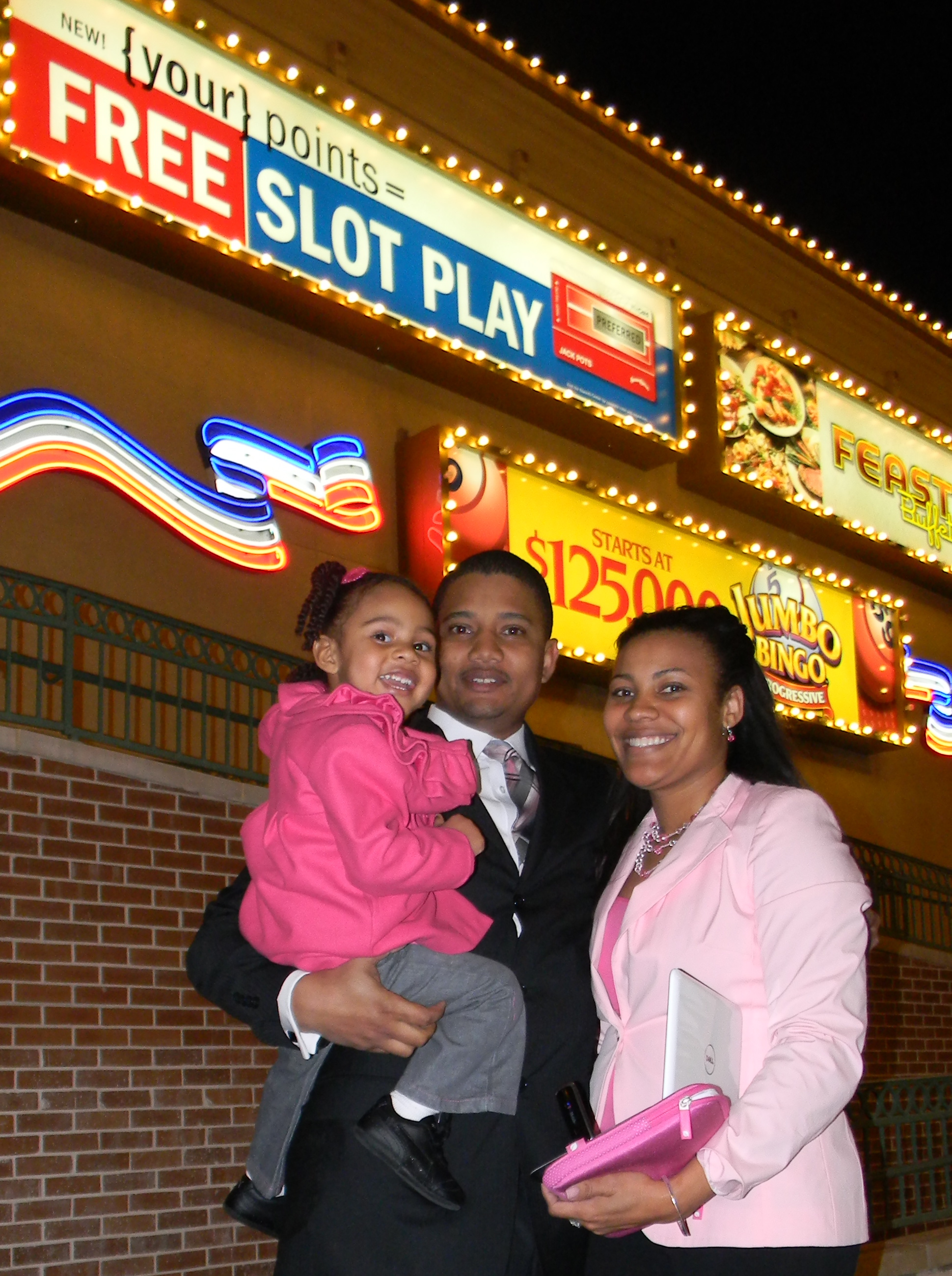 Rodney Stovall Jr., his wife Wicondra and 2-year-old daughter Ashari pose outside the Texas Station Gambling Hall and Hotel before catching a shuttle van to the North Las Vegas Church of Christ, about five minutes away. Stovall is minister of the Westside San Mateo Church of Christ in California. (Photo by Bobby Ross Jr.)

Blogging live from Las Vegas
Sin City might seem like a strange locale for a Christian Chronicle report.
Amid the bright lights of this Nevada city known for its slot machines, blackjack tables and X-rated night life, though, leaders of Churches of Christ want fellow Christians to know that God is at work.
However, Leo G. Gay, minister of the North Las Vegas Church of Christ, would like to clear up one misconception.
“What happens in Vegas doesn’t stay in Vegas,” Gay said with a chuckle, putting a twist on the city’s popular tourism slogan. “It’ll stick with you for the rest of your life.”
In a place famous for giant casinos such as Caesars Palace, about 300 Christian brothers and sisters from Arizona, California, Nevada, Texas, Washington state and other states put their focus on a more permanent kingdom this week.
The West Coast Preachers and Leaders Forum, started in 1964 in San Francisco, rotates to a different city each year. The North Las Vegas church hosted the 48th annual forum, which featured the theme “The Kingdom of God.”
While the event primarily involves black church leaders, director Gay reached out to all Las Vegas-area Churches of Christ — regardless of race — and included speakers from predominantly white congregations on the program. 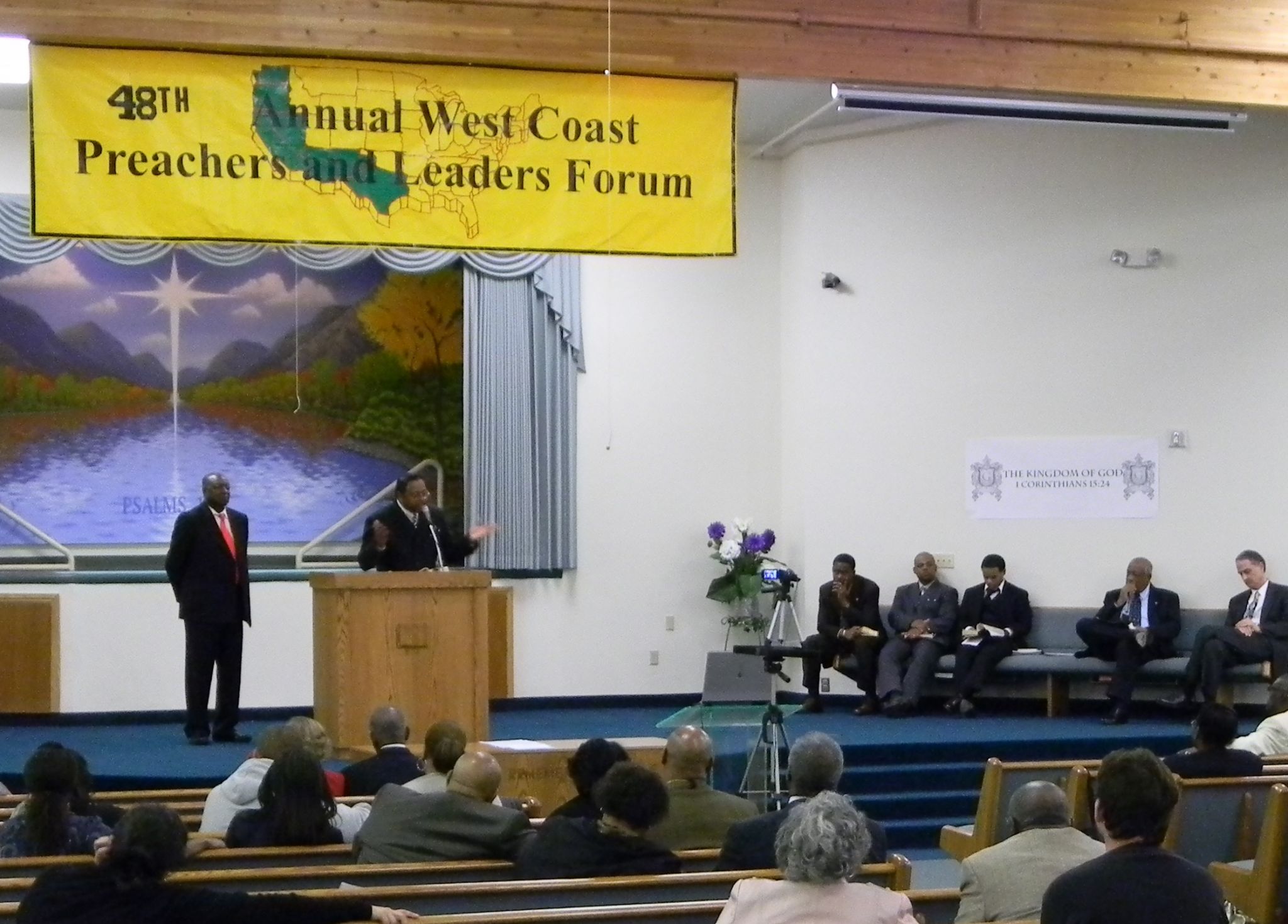 Speakers take questions from the audience during the 48th annual West Coast Preachers and Leaders Forum at the North Las Vegas Church of Christ. (Photo by Bobby Ross Jr.)

Among those speakers was J.B. Myers, minister of the Bright Angel Church of Christ in Las Vegas.
I stayed with other forum attendees at the Texas Station Gambling Hall and Hotel, about five minutes from the North Las Vegas church. The event climaxed Thursday night with a banquet at the hotel. James A. Maxwell, minister of the Holgate Church of Christ in Seattle, spoke.
At the banquet, I was blessed to sit next to Graylon A. Freeman, minister of the 13th Street Church of Christ in Washington, D.C. I first met Freeman last year when I visited the 13th Street church and wrote a column titled “Touched by an angel at D.C. congregation.”
A former minister in California, Freeman flew across the country for the forum, as did Willie Hubbard, minister and elder for the District Heights Church of Christ in Maryland.
Hubbard wrote a guest column for the Chronicle in 2008 titled “Racism — on both sides — hurts church’s mission.” Hubbard told me that he still receives feedback on that piece.
In the next print edition of the Chronicle, look for our story on the West Coast forum and the challenges — and opportunities — of doing the Lord’s work in Sin City.