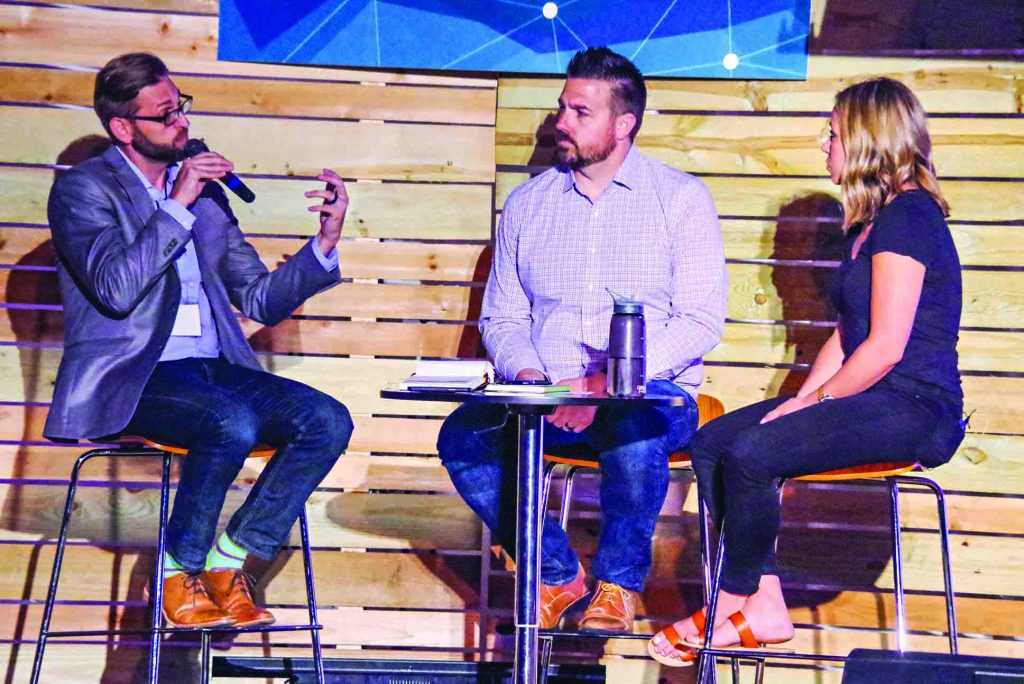 What Generation Z has to Contribute

OKLAHOMA CITY — If the phrase “Generation Z” makes you think of teenagers plugged into their iPhones, disconnected from the world, get to know Anna Kate Armstrong.

Less than 48 hours after returning from Africa, the 17-year-old stood on a stage at Oklahoma Christian University and talked about the work she does to empower young women by providing them with something people in her country take for granted — feminine hygiene products.

“Going there and teaching them — looking into the faces of girls my age and seeing they don’t have access to these things and how easy of a thing it is to provide — that’s really close to my heart,” Armstrong told The Christian Chronicle. 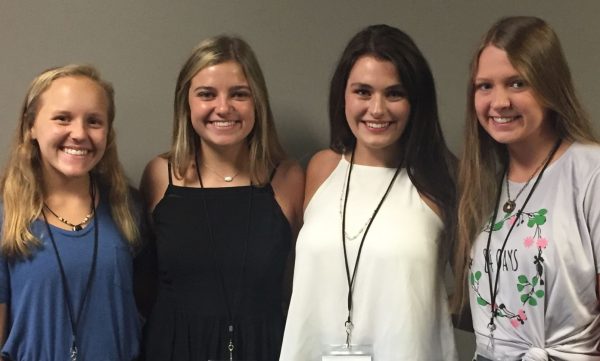 She and three of her classmates at Friendship Christian School in Lebanon, Tenn., were recognized for their service during the first Contribute Conference, sponsored by Oklahoma Christian Academy, a pre-K through high school associated with Churches of Christ.

Brandon Tatum, the school’s president, said the purpose of the conference was “to create dialogue around spiritually forming Generation Z.” Too many churches and Christian schools rely on “antiquated, outdated” methods, he said. 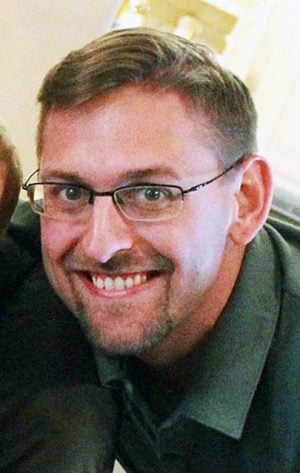 “We are competing with so many different messages that our kids are being tossed every day, every five minutes, every 30 seconds,” said Dillard, who works with teens and college students and attended the Contribute Conference. 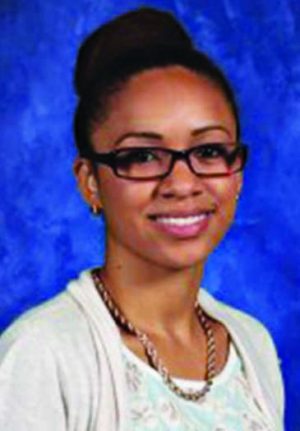 “All this stuff they’re exposed to we have to compete against,” Dillard said. “We have to make it seem like this Jesus stuff we’re talking about is cool too, because it’s not popular.”

But it should be, Tatum said. Too many students who seek ways to be involved in social justice and hands-on service — the very behavior Jesus modeled — walk away from their faith when they don’t see those opportunities in their churches.

“I think we need to be a little more active in our spiritual formation efforts instead of so passive,” he said. “The way we’re doing it isn’t necessarily engaging the next generation. I also think the Gospel should be exciting.”

For two days, speakers from across the nation focused on four key challenges faced by Gen Z — identity, diversity, trauma and inconsistent faith.

As a result, churches tend to over-entertain their youths.

“We thought if we could make church entertaining for kids we would keep them,” Smith said. “But really, I think all that means is we keep them in this sort of ‘Jesus club.’ I don’t necessarily think it means we’re making disciples.” 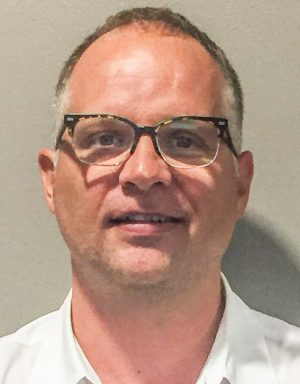 He encouraged the attendees to honor the intelligence of their children and not “dumb things down.” Rather, believers should challenge their church’s youths and give them opportunities to serve.

They are, after all, “image bearers of God,” said several of the speakers, including Josh Graves.

“Humans of every generation forget that the image of God has been placed in everyone,” said Graves, minister for the Otter Creek Church of Christ in Nashville.

It’s not enough to merely expect great things of the next generation, speaker Luke Norsworthy added. Older generations must model what they hope to see in young people. 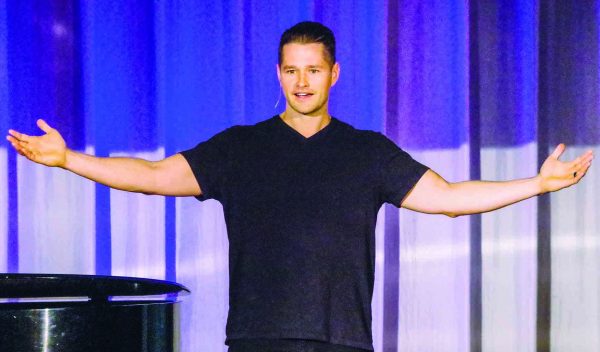 When it comes to influencing Generation Z for Christ, “what you do matters,” Luke Norsworthy, minister for the Westover Hills Church of Christ in Austin, Texas, said during the Contribute Conference. He cited 1 Corinthians 15:58: “Always give yourselves fully to the work of the Lord.” “Don’t underestimate the value of the work of one day,” he said, using the analogy of building a cathedral. The beauty doesn’t all happen at once, he told conference attendees. Rather, it comes through a process of carving each individual stone. Norsworthy hosts a weekly podcast, Newsworthy with Norsworthy, in which he discusses spirituality and Christianity with fellow ministers, authors and scholars.

“If you want students to be creators, contributors, they need to see you doing that,” said Norsworthy, minister for the Westover Hills Church of Christ in Austin, Texas.

They also need “hero stories,” said Laura Sandefer, founder of Acton Academy in Austin. These aren’t just fictional stories of supernatural men, women (and, occasionally, aliens) but also tales of ordinary people who do extraordinary things — people who don’t give up when things get hard, people who try their hardest to solve a problem, people who get back up when the world knocks them down.

And “stop answering questions,” Sandefer told the audience. “Answer questions with questions. Let them have a chance to figure things out. They’re smart. They don’t need us to answer everything for them.” 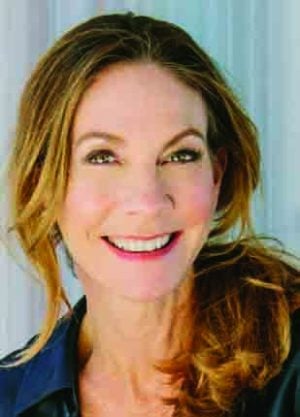 Lastly, “Let them scrub toilets,” she said. Real life includes “nasty” messes, and cleaning them up is nothing short of heroic.

Giving young people real work to do gives them an opportunity to contribute, to give back, Sandefer said. And it gives them something to be proud of.

The advice was practical and helpful, said Dillard, adding that it called to mind the words of the apostle Paul in 1 Corinthians 3:6, “I have planted … but God gave the increase.”

“Even if we don’t see the results while the students are with us, just know and trust that God, in the end, is the one who gives the increase,” she said. “It’s just our job to do what we can while we have them.”

Christians must realize that their young people have something valuable to offer their churches, said another speaker, Mallory Wyckoff, who teaches at Lipscomb University in Nashville, Tenn.

“By valuing dignity, we can help young people find their voice,” she said.

To that end, organizers of the Contribute Conference honored students for their efforts to improve their schools and communities:

• Emmanuel Ukot, a recent graduate of Westbury Christian, helped bring an international student organization, Health Occupations Students of America, to his school. The organization exposes students to the healthcare field and promotes career opportunities in the industry. 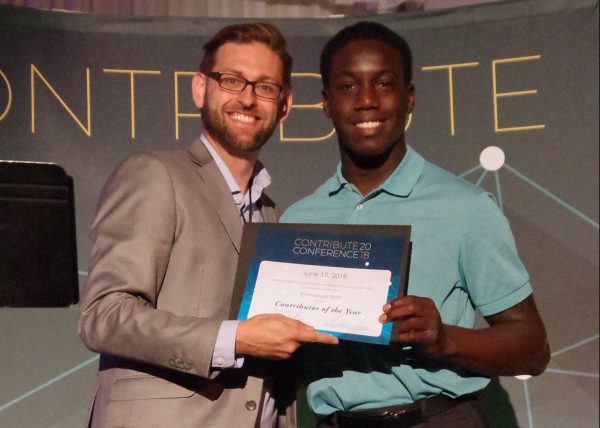 Emmanuel Ukot accepts an award from Brandon Tatum at the Contribute conference.

• Holden Hill, of Oklahoma City, spent months interviewing Christian leaders from around the world, searching for answers to questions he had about his faith. He compiled his journey into a book and hopes to help other seekers find truth. 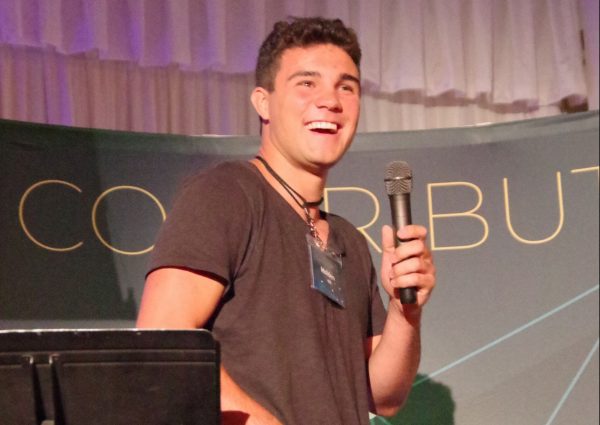 Holden Hill speaks to the audience about his passion for others find truth in their faith.

• Anna Kate Armstrong and her classmates — Jessica Cherry, Scottie Smith and Pryce Jordan Daniels — work with 84 Days, a mission project of the nonprofit Run4Water that provides reusable pads and menstrual cups to girls in Africa. The project’s name is the average number of days girls and young women miss school or work due to a lack of these products.

Many African girls also are at risk of assault and rape as they fetch water and perform other daily tasks, so the 84 Days project provides self-defense training.

Traveling to Africa — and sharing your faith at home — can be frightening, Daniels said. But seeing older believers model service to God is helpful.

“I feel like sometimes people are nervous to put themselves out there and do it,” Daniels said. “But once you do it, the first-time people realize it’s not as scary as it seems to go out and talk about Jesus every day.” 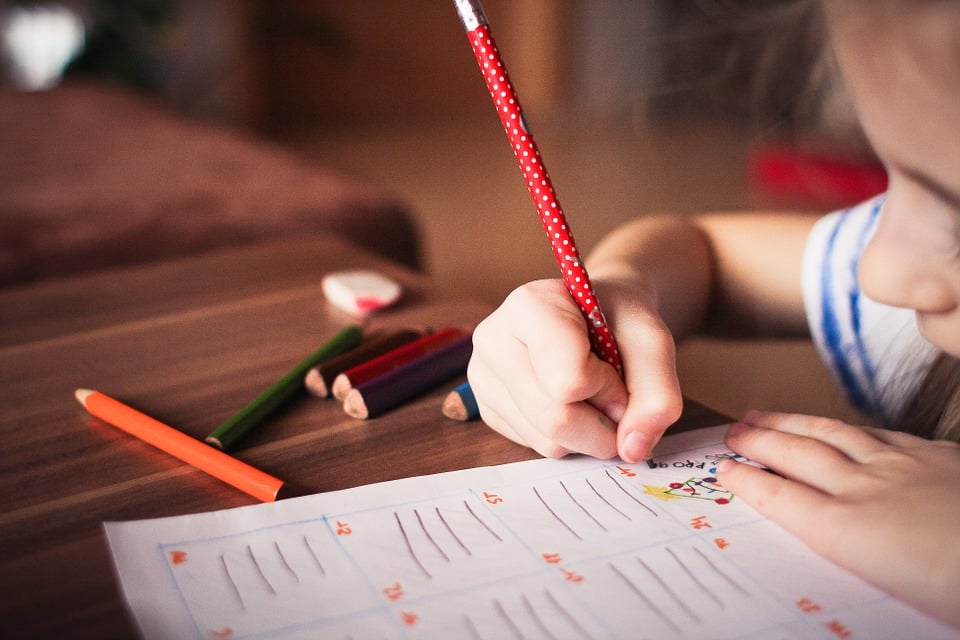 The ‘unfortunate separation’ between public and Christian schools

Sadly, many of us view Christian and public schools as…