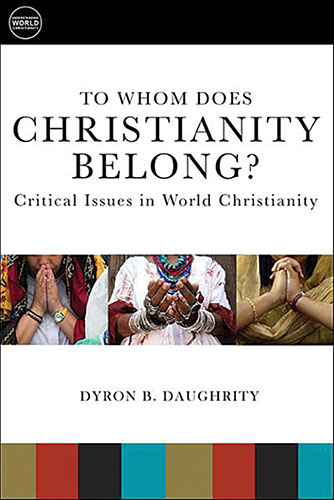 What do changing demographics mean for Christianity’s future?

Daniel McGraw
Over the past generation, the center of global Christianity has shifted from the West to the Global South and East.

Dyron Daughrity, professor of religion at Pepperdine University in Malibu, Calif., argues that as the center of Christianity changes, old paradigms must change as well.

In “To Whom Does Christianity Belong? Critical Issues in World Christianity,” Daughrity points out how the early church began to change as it moved from Jerusalem to the Gentiles. The understanding of church continued to change as it entered new cultures and lands, giving rise to the ecumenical movement, which promotes Christian unity throughout the world.

Daughrity describes changes happening throughout Christendom — not just in the West or in Churches of Christ. He delves into both Christian theology and church history to track the ways Christianity has changed and continues to change.

He tackles the rise of secularism in the Western world and its influences on European Christianity. He holds out hope, however, noting that many Christians in Europe are weathering the storm of secularization and may serve as exemplars of faith in faithless times. Daughrity also shows how migration is influencing Christianity in the West.

He applies this boundless Christianity to three contemporary issues — marriage and sexuality; women; and worship. He presents perspectives from various parts of the world to show that the questions are often bigger than we imagine.

One of the greatest strengths of this book is that Daughrity introduces the reader to followers of Christ in different cultures who “are all embracing Christianity in their own way according to their own context.”

The book does require a deeper understanding of the ongoing discussion, however, and thus might prove a challenge to readers simply looking for a good book to enjoy. It would be a wonderful textbook for a world religions course or to help missions committees come to a deeper appreciation of the changing nature of world Christianity.

Some readers will be frustrated that Daughrity never answers his own title question. Others will appreciate that the question is multifaceted and ever-changing and, thus, is unanswerable.

The beauty of the Kingdom is that it is able to grow in all cultures, regions and languages.