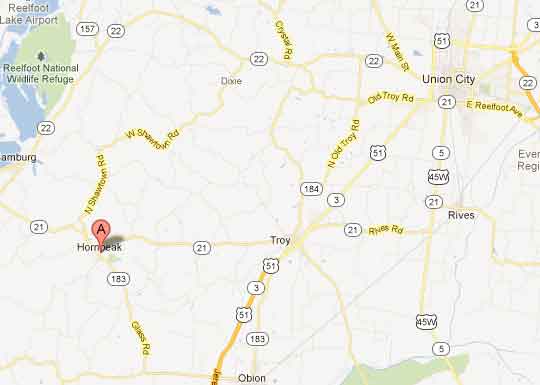 Update: Jack Latimer Bell, 81, died in a Memphis, Tenn., hospital on Jan. 12 from his injuries, becoming the third fatality in the Jan. 7 wreck.
A memorial service for all three members of the Bell family is scheduled for 11 a.m. Saturday, Jan. 14, at the Kenton Church of Christ in Tennessee.
Find more information at the funeral home’s website.

A story in the Dyersburg (Tenn.) State Gazette gives additional details about the wreck. Timothy Naifeh, also injured in the wreck, is the city attorney for Tiptonville, Tenn.

It grieves me to report the deaths of David C. Bell and his mother, Sue E. Bell, in a Jan. 7 car crash near Hornbeak in west Tennessee.
David Bell was a longtime member and song leader for my home congregation — the Thomaston Road Church of Christ in Macon, Ga. His parents were members of a church in Kenton, Tenn., near the site of the wreck.
TV station KFVS in Cape Girardeau, Mo., reports:

Timothy C. Naifeh, 52, of Tiptonville, Tenn. was eastbound on Highway 21 and crossed the center line in his pickup hitting a car full-length driven by David C. Bell, 51, of Forsythe, Georgia.
Naifeh’s truck then hit a pickup head-on driven by Constance Kelly Fisher, 40, of Obion, Tenn.
Troopers say David C. Bell and a passenger, Sue E. Bell, 81, of Kenton, Tenn. were killed in the crash.
Naifeh and a passenger in Bell’s vehicle were airlifted to a Memphis hospital.

Read the full story.
The passenger transported to Memphis is David Bell’s father, church members said. I will post an update on his condition when I get it. David Bell’s son also was in the car but was not severely injured.
The Thomaston Road church asked for prayers for the Bell family in Georgia and Tennessee.