‘We’re not giving up’

Amid fires, gunshots and chaos, an Alabama mission team prayed for a safe way home from Haiti. 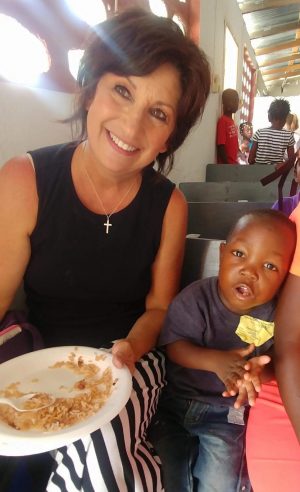 As the team completed its trip and prepared to fly home on July 7, they learned of growing unrest in Haiti’s capital, Port-au-Prince, after the government announced a sharp rise in the prices of gasoline, diesel and kerosene — all vital to commerce in the impoverished nation.

The news sent Haitians into the streets, burning grocery stores and other businesses and setting up roadblocks to disrupt commerce. The U.S. embassy encouraged Americans to shelter in place.

“We were in touch with the U.S. Embassy and different people and we decided we needed to rebook,” Dupuy said.

Two members of the team had already left. The remaining 12 stayed in a guarded compound with missionaries from other faith groups — also waiting for the chance to return to the U.S.

“It became a very unsettling time,” Dupuy said. “We were trying to stay safe, keep our team safe and not feel too alarmed.”

Two days after they were scheduled to leave Haiti, Arvy Dupuy filmed a video from the compound’s roof. As smoke billowed in the background from fires in the streets below, the church member told family, friends and fellow Christians that the team was OK.

A quick update from the team in Haiti.

They spent just one more night in compound before they decided to make the trip to the airport. Escorted by police, the team made it to the airport early on July 10th.

“When we left we had not one problem,” Debbie Dupuy said. “We didn’t encounter one road block.”

For the team members, it was a frightening end to a heartwarming mission that included two Vacation Bible Schools, one of which brought together more nearly 800 Haitian children. The team also taught adult Bible classes for two Churches of Christ and worked with the Liberté Ministries preaching school. 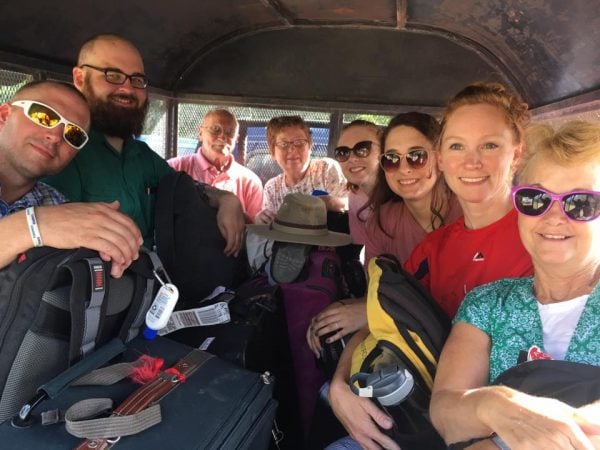 Members of the mission team smile for a picture as they travel during their work in Haiti.

A high point of the trip, Debbie Dupuy said, was the day they helped Liberté purchase a section of land that will someday house an orphanage. 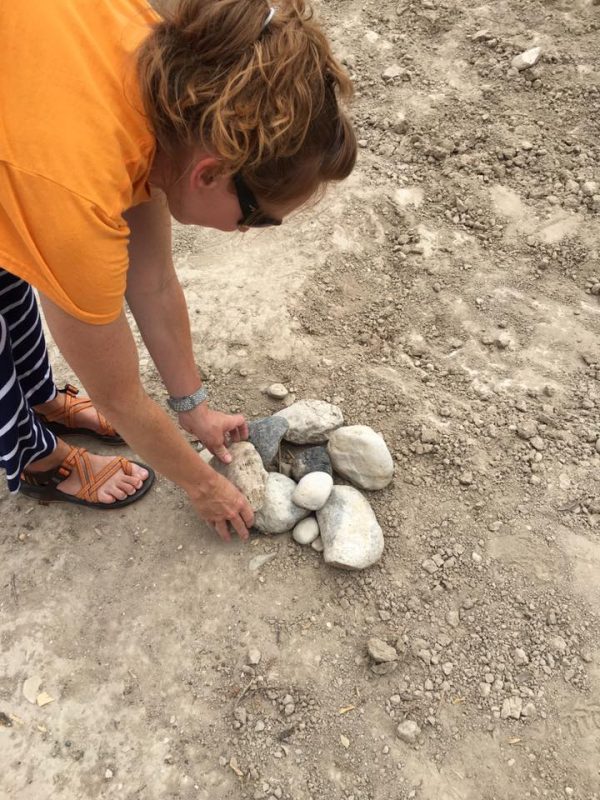 A team member places a stone on land where Liberté Ministries plans to build an orphanage.

Team members collected 12 stones and stacked them on the plot of land — a symbol from the Old Testament recorded in Joshua 4. They prayed a blessing over the land and the children that will someday fill the orphanage.

Home, now, Haiti is still at the forefront of her mind.

“We are constantly monitoring the situation,” she said. “Right now they’re still protesting. It’s more peaceful, but they’re protesting the government. The people have had enough. Life there is so difficult for them and they can’t take anymore.”

HOME AT LAST: A church group from Florence has arrived at Huntsville International Airport after being stuck in Haiti for several days >> https://bit.ly/2L6bUbr

Despite the ordeal, the Dupuys say they likely will return to Haiti soon.

“We’re not giving up. There’s too much good,” Debbie Dupuy said. “There are too many people being taught. It just humbles us to see their faith.”

They hope, she added, that the unrest won’t keep others from serving, too.