In the summer of tumultuous 1968, more than 40 prominent black and white ministers gathered to discuss ways to improve race relations in Churches of Christ.

The two-day national meeting — held 50 years ago at a hotel near the Atlanta airport — came less than three months after the assassination of civil rights leader Martin Luther King Jr. and at the height of the unpopular Vietnam War. 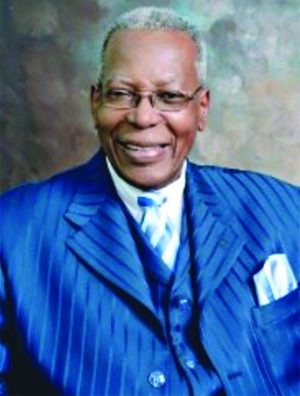 One of the organizers, a black preacher named Eugene Lawton, got right to the point in describing his view of racial discrimination.

“It’s being a member of the Church of Christ and being unable to attend a Christian college without going to Southwestern Christian College or 1,500 miles to Pepperdine,” the longtime minister of the Newark Church of Christ in New Jersey added. “It’s attending worship service and being sent to the basement. It’s a preacher being dismissed on Monday because he prayed, ‘Lord, bless the King family.’”

In interviews with the Chronicle, the 80-year-old Lawton and three other surviving attendees recalled the circumstances leading to the historic meeting, the personal bonds that were formed that June and the racial divide that still lingers a half-century later.

“The white brotherhood wasn’t even aware that racism was declared to be illegal in America,” Lawton said of 1968. “So we had tokenism at the time, but most of the Christian colleges didn’t open their doors to black students because of love and Christianity. It was based on the federal government saying you wouldn’t receive another dime (of student aid) from us unless you integrate your schools.”

Racism was rampant in Churches of Christ, said Andrew Hairston, a black minister who served as the conference’s Atlanta host. He will celebrate his 86th birthday on July 8.

“We were not accepted in the white churches except for the back seat or by special invitation,” said Hairston, who retired in August 2017 after nearly 56 years as minister for the Simpson Street Church of Christ in Atlanta. “The thing that hurt me greatly was for us to be saying there was one church. We were obviously divided.”

Dwain Evans, a white minister who attended the meeting, came from West Islip, N.Y., where he planted the first Exodus Movement congregation. 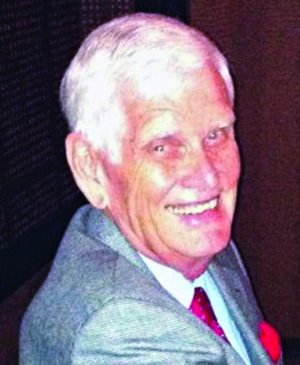 The Exodus Movement — which drew Time magazine’s attention in the 1960s — involved large groups of Christians in the South and Southwest forming ready-made Churches of Christ in places such as West Islip; Stamford, Conn.; Burlington, Mass.; Rochester, N.Y.; and Toronto.

Evans, now 85, graduated from Abilene Christian University in Texas in 1954, the same year as the U.S. Supreme Court’s landmark Brown v. Board of Education decision declaring “separate but equal” public schools unconstitutional. In the unanimous ruling, justices said state-imposed segregated schools were “inherently unequal” and must be abolished.

“I thought, ‘My goodness, our schools are desegregating, but the Churches of Christ are as white as they can be and as black as they can be,’” said Evans, who began to advocate for bringing Christians of all races together.

But resistance to integrating Churches of Christ was strong, he said.

“I could tell you stories of friends of mine who were fired just because they asked a black preacher to say a dismissal prayer at a gospel meeting,” said Evans, who later left ministry and entered the real estate business. He is a member of the Bering Drive Church of Christ in Houston.

Another white attendee, John Allen Chalk, preached for the Herald of Truth’s radio program from 1966 until 1969, when he moved to the pulpit of the Highland Church of Christ in Abilene, Texas. He left the Highland church in 1971 to attend law school.

“My experience with sin and all the principalities and powers and world rulers of darkness, just my understanding theologically of the human condition, caused me all through this period to realize that we were really battling, as we still do, some very strong forces of evil,” said Chalk, now 81 and living in Fort Worth, Texas, where he attends Christ Chapel Bible Church.

“Most of us at that meeting were blinded by our own cultural training and … blinded by the evil one,” he added. “It still exists, if not even more powerfully today than it did in 1968.” 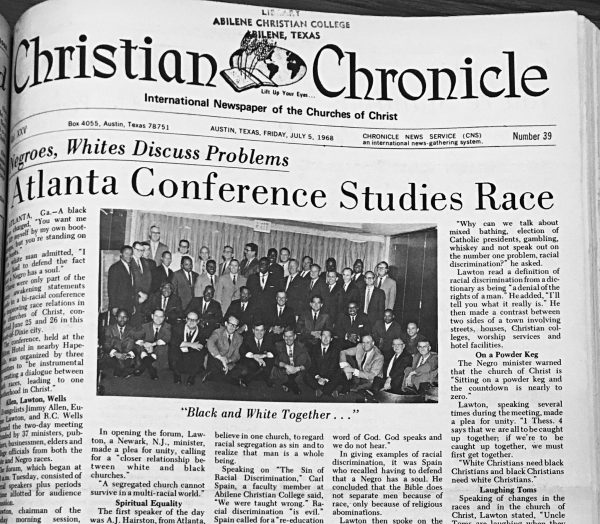 The Atlanta meeting made the front page of the July 5, 1968, Christian Chronicle. Read the original story HERE.

‘A Negro has a soul’

Discussion at the Atlanta conference was frank.

“You want me to lift myself by my own bootstraps, but you are standing on my boots,” charged the late Humphrey Foutz, a black minister who served the Central Church of Christ in Baltimore for nearly 50 years. He died in 2006.

“I have had to defend the fact that a Negro has a soul,” said the late Carl Spain, an Abilene Christian University Bible professor who had made a 1960 lectureship speech calling for integration at the Texas university. He died in 1990.

“You want me to lift myself by my own bootstraps, but you are standing on my boots.”

Besides Lawton, main organizers of the meeting included Jimmy Allen, a nationally known white evangelist who conducted thousands of gospel meetings, and R.C. Wells, who now is minister emeritus of the Harlem Church of Christ in New York after serving that congregation for decades.

Because of health issues, neither Allen nor Wells was available for an interview.

The Atlanta gathering came on the heels of a March 1968 race relations workshop hosted by the Schrader Lane Church of Christ in Nashville, Tenn. Minister David Jones and the Schrader Lane elders put together that integrated workshop, which many white congregations boycotted, according to research by Doug Foster, director of ACU’s Center for Restoration Studies.

Jones spoke, too, at the Atlanta gathering a few months later. Jones retired in 2015 after 53 years as the congregation’s minister.

At the end of the Atlanta meeting, a statement was produced “acknowledging the sin of racial prejudice in Churches of Christ and church-related institutions and businesses,” Foster noted. “It set out specific guidelines to remedy the evil in congregations, schools, Herald of Truth, publishing houses and Christian-owned businesses.

“Twelve of the 47 present did not sign.” It’s unclear if they refused to sign or perhaps had left the meeting early, Foster said. 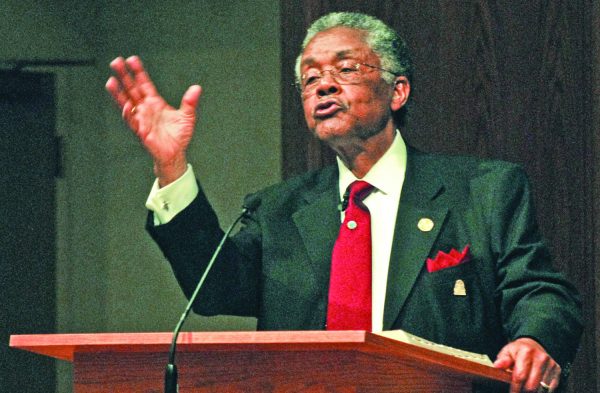 Andrew Hairston preaches at the Simpson Street Church of Christ in 2012. Hairston retired in August 2017 after nearly 56 years as the congregation’s minister.

‘Acknowledgment of the wrong’

None of the attendees interviewed by the Chronicle claimed that the Atlanta meeting eliminated racism in Churches of Christ.

In fact, each lamented the lack of more significant progress in integrating the nation’s pews.

But each characterized the gathering as a success in that black and white ministers formed stronger personal relationships with each other — and church publications and media ministries gave prominent attention to the issue. 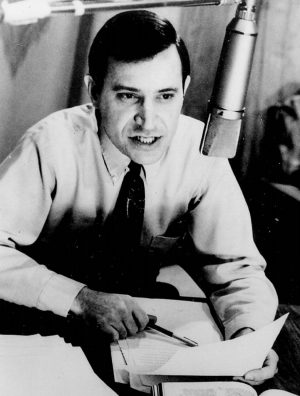 John Allen Chalk, who later became an attorney, shares a Bible message on a Herald of Truth radio program. Chalk served as the ministry’s main radio preacher from 1966 to 1969.

“We knew that racism was a sin and something had to be done,” Lawton said. The discussion in Nashville and Atlanta “did not fully solve the problem, but it began an acknowledgment of the wrong.”

Hairston said: “Our meetings were genuine, and that’s one of the blessings that came to me. I felt that John Allen Chalk and Jimmy Allen and me — we had genuine relationships in those times. I would say I talked to them man to man, brother to brother. And they both were very conscious of what was going on.

“The fact that we sat down and talked for a couple of days was a change,” he added, “and it affected our lives.”

Evans echoed Hairston, explaining why he describes the Atlanta meeting as a wonderful experience: “It was the spirit of love.”

Decades after King called 11 a.m. each Sunday “the most segregated hour of Christian America,” Churches of Christ remain largely divided along racial lines.

“We still have two brotherhoods — the white brotherhood and the black brotherhood — and we don’t have too much fellowship between us,” Lawton said.

Hairston indicated that he sees more apathy and less overt racism in Churches of Christ these days.

“You don’t have as much of a hardline ‘Get those black people out of here’ as we had then,” he said. “You don’t have as many people who openly advocate that (integration) isn’t a Christian calling, that the church doesn’t have to be bothered with it.

“Schools and jobs have been integrated, and we are not as unknown to each other as we were 50 to 100 years ago,” he added.

But at the same time, many Christians seem content to remain in racially isolated congregations.

“I definitely don’t think we’re one church,” Hairston said, “because people still decide based on race where they are going to go to church.”

“People still decide based on race where they are going to go to church.”

Evans agreed that the conference’s ambition of fully uniting the black and white churches did not occur. Part of that may relate to theology, he said, as the black congregations tend to be “even more conservative than the white churches.”

At his home congregation, he said, “We have black members, but there’s not many of them. One of them has served in leadership positions. But by and large, the divide is still there.”

Looking back, Chalk said he can see some progress. 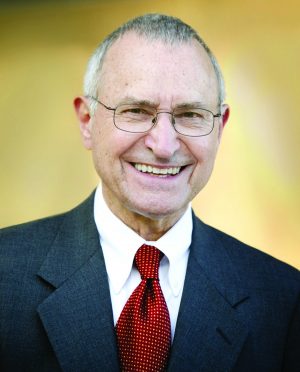 “There are token blacks in many white churches that were never there before, and there’s a greater openness about issues,” he said. “And all the colleges associated with Churches of Christ, for the most part, did begin admitting black students. So that was a profound change, but it didn’t come because of the Atlanta conference.”

Lawton calls racism the No. 1 issue in America, suggesting that “a black person can’t even go into a coffee shop and not be arrested.”

In a recent case that made national headlines, two black men were arrested at a Starbucks in Philadelphia. The men’s transgression: They had asked to use the bathroom as they waited for a business meeting and then occupied a table without making a purchase.

“The No. 1 thing is to teach,” Lawton said. “We have enough churches talking about ‘baptism is essential for salvation.’ We have to talk about problems that face the lives of every human being in terms of survival.

“This is not just the Church of Christ’s problem. This is America’s problem,” he added. “Where do we go from here?”