Nearly 40 years of preaching have convinced minister that 'it's about the mission, not the messenger.'
Ed Bialon

In 38 years of preaching I have received many wonderful comments such as: “You are an answer to our prayers. You are the best thing that has ever happened to this church. I hope you never leave.” 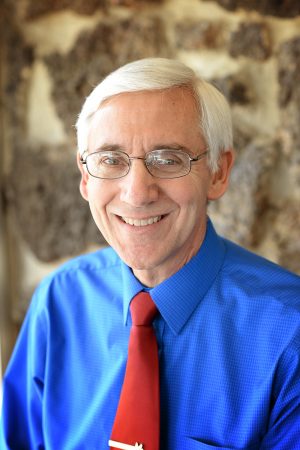 Once, at a men’s retreat, one of our members made a public announcement that he wanted to buy me a cemetery plot in the town where our church met. The laughter slowly rolled in like an ocean wave. No, he didn’t want to kill his preacher, he quickly clarified. He just wanted me to stay there for the rest of my life.

I’ve also heard a lot of not-so-positive comments, often said with the best of intentions: “Your preaching isn’t quite up to par; I am very disappointed with you.” And even, “Your personality needs to improve some” (so a prayer was offered up for me in a group setting).

Once, my father-in-law made a statement with which I highly disagreed. He said that when a church builds a new building, at times they may want a new minister as well. A few years later I realized how wise he was.

Have you noticed that in our great country we really don’t support preachers any more? We hire them. Even our government considers preachers to be employees of the church. That makes it easier for us to put them up on pedestals for their accomplishments.

It also makes us feel more at ease when we criticize them. After all, we do pay them.

But you know what? It’s about the mission, not the messenger. When I’m busy doing what I’m supposed to be doing, nothing else really matters if God is being honored.

John the Baptist, on the eve of his death, understood this when he sent messengers to Jesus asking, “Are you the One or do we look for another?” (Matthew 11:3)

Life is short, but the Kingdom of God will last forever. Not even the gates of Hades will prevail against it (Matthew 16:18).

Why? Because life is about the mission, not the messenger.

When I’m busy doing what I’m supposed to be doing, nothing else really matters if God is being honored.

I’ve never had a Type A personality. (I’m more of a “Type C-minus,” I tell folks.) I relate more to Andrew than Peter. I’m in the background saying, “Hey, here’s a kid with a basket of food. Can this help?”

Had I been a Type A person, I’m not sure if I would have become a Christian, let alone a preacher. I am often reminded of the words of Amos: “I’m not a prophet nor the son of a prophet” (Amos 7:14). It doesn’t matter what others think — or even what I think. God can use whomever he chooses. It sure takes the pressure off me, since this was God’s idea.

Forty years ago I sat at the feet of Abe Lincoln — former instructor at Sunset School of Preaching in Lubbock, Texas. He spoke about the apostle Paul’s use of the Greek word huperetes in 1 Corinthians 4:1. It’s the only time Paul uses the word, and it means “under-oarsman,” translated “servant.”

Picture the slaves in the bottom of ancient sailing ships, sitting on benches. They had just one job — row. They were all working for the same purpose. They didn’t steer the ship; they just provided the manpower.

Paul writes: “Let man regard us in this manner, as servants (under-oarsmen) of Christ.”

We have only one pilot — Jesus, not our preacher. We do well to follow Paul’s advice. It’s about the mission, not the messenger. So, grab an oar and let’s row together.

ED BIALON ministers for the Overland Church of Christ in Missouri, a western suburb of St. Louis.

Pizza a key ingredient in sermon

SOMERSET, Ky. — Some may say that pizza and church… 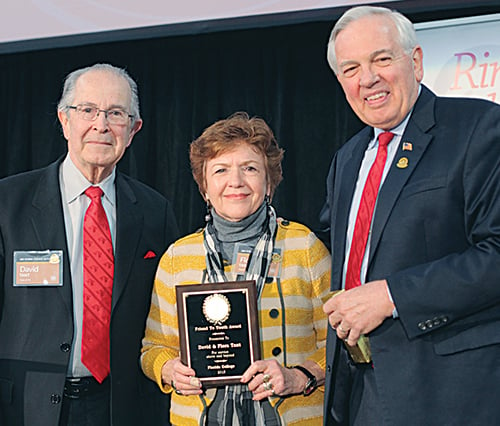 ‘We realized we’re all just people’

As shootings and protests heighten racial tensions across the U.S.,…