An entrepreneur minister brings both to an oft-forgotten land in the Caribbean.

NEYBA, Dominican Republic — Manuel Aquino Castro has a hard time giving up — on people, on churches, on his country.

Or on his motorbike.

That’s what brought the 60-year-old church-planting entrepreneur to an open-air mechanic’s shop near his home on a steamy Monday afternoon. Under a sheet-metal awning, among a strewn assortment of oily wrenches and pistons, sat his old BUV, or Basic Utility Vehicle, a three-wheeled bike with a flatbed. 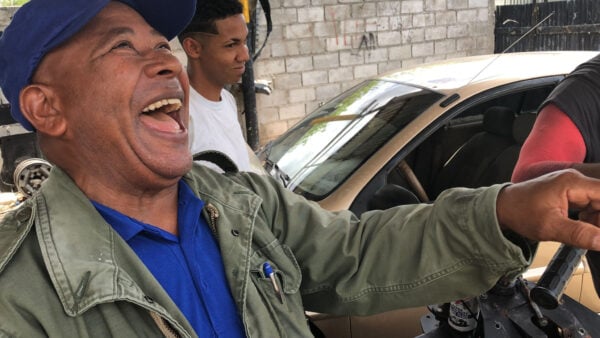 Manuel Aquino shares a laugh with the mechanic working on his BUV.

Aquino used to use it to haul fresh water to the people scattered across his dusty, mountainous community. Now it needs a new fuel intake and brakes. Parts are hard to come by, so Aquino asked the mechanic if he could rig up a workaround.

“He just can’t let it go,” said Gerson Aquino Pineda, one of Aquino’s three sons, as he took a brief pause from translating for his father. He was the same way about their old car, his son said, pointing to the back of the mechanic’s shop. There it sat, hood and doors ajar.

“Manuel and Ondina have literally touched the lives of thousands of children and their families.”

Aquino’s tenacity extends beyond vehicles, his son said. It drives his family to share Jesus as they work to make life better in an often-overlooked swath of the Dominican Republic.

Neyba, about an hour east of the Haitian border and 45 minutes north of the Caribbean Sea, is surrounded by small farms and vineyards. There are no precious metals or gemstones for export, unless you count baseball diamonds. Almost every village has one. Windows of the tiny roadside tiendas bear hand-painted logos of the New York Yankees, St. Louis Cardinals and Boston Red Sox.

The Dominican Republic is second only to the U.S. in the number of players it produces for Major League Baseball. Children dream of moving north and becoming the next Sammy Sosa, Albert Pujols or “Big Papi” David Ortiz, who nearly lost his life in a 2019 shooting in the capital, Santo Domingo. 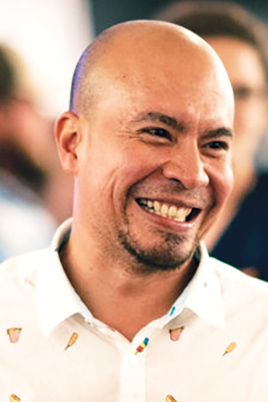 “You leave with the idea of not coming back,” said Esteban Valle-García, who has worked with Aquino through two humanitarian ministries — Texas-based Christian Relief Fund and Louisiana-based One Kingdom.

Aquino, who studied ministry at the Baxter Institute in Honduras, was part of a small and rare group of Dominicans with “a deep sense of responsibility to come back to the D.R.,” Valle-García said.

And to Neyba, no less — not bustling Santo Domingo or the beach-lined resort city of Punta Cana.

“There’s a saying: If you’re good, you go to heaven. If you’re bad, you go to Neyba,” said Ben Adkins, who also worked with Aquino through the One Kingdom ministry. 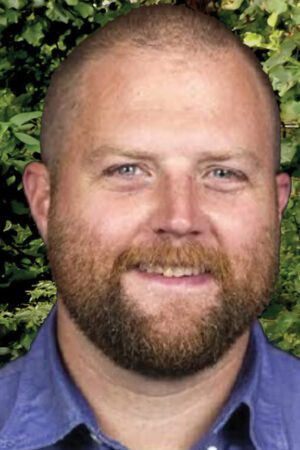 Neyba is hot, and life is hard. Adkins has traveled with Aquino to rural villages on the outskirts of Neyba. He’s seen children with bones bent by rickets and malnutrition. There is “intense, severe need in that community,” Adkins said.

That’s why Aquino and his family won’t give up on them.

“Sheer determination, that’s him,” Adkins said of his friend. “He’s good at seeing a problem, finding a solution and meeting the need through the local church, giving God the glory.”

With the BUV grounded indefinitely, Aquino made his water deliveries in a Daihatsu mini flatbed truck. There were problems with its fuel line, too, so he has converted it to run on natural gas.

Related: Angels get the burned rice

His first stop: the bright blue home of Eduardo Urbaez and his wife, Nania. A worker loaded a rack on their front porch with large, full botellones (bottles) and took their empty ones. The home is a source of clean water for their kids, grandkids and neighbors, the couple said.

Before, tanker trucks delivered drinking water to homes by hose — into whatever containers the people of Neyba had. Impurities and sickness resulted, Gerson Aquino said. His father launched a business that filters water using ultraviolet light and an elaborate storage system. The botellones are washed and sanitized before delivery. Caps are soaked in bleach. 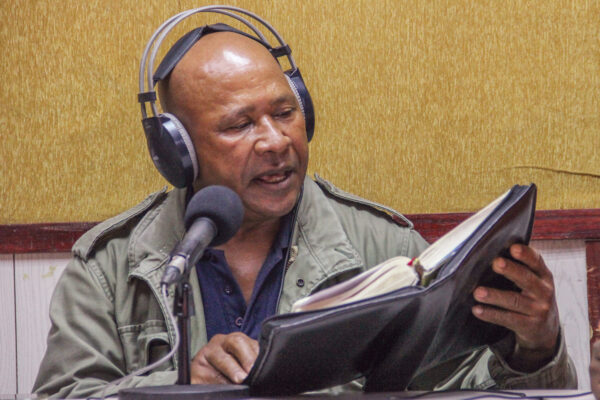 Aquino got start-up funds for the work from One Kingdom and members of the White’s Ferry Road Church of Christ in West Monroe, La., including the Robertson family of “Duck Dynasty” fame.

Al Robertson, a former minister and current elder of the church, met Aquino on a mission trip nearly two decades ago and was impressed by the family’s concern for the suffering. 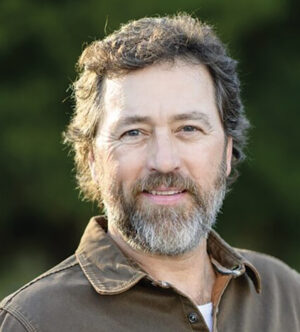 “We loved his commitment, his entrepreneurship,” Robertson told The Christian Chronicle. Church members including Korie and Missy Robertson worked with Aquino and his family on mission trips.

Adkins, who now lives in North Carolina and works for another nonprofit, Equip International, remembers the day that Aquino gleefully showed him the business’ name, emblazoned in block letters on the side of the purification plant: AGUA BEN, S.R.L.

“I’ve never been honored and embarrassed at the same time,” Adkins said. Then Aquino explained that the name was as much a pun as it was a tribute. In Dominican Spanish, a phrase that means “it’s here” or “come and get it” sounds a bit like “Ben.”

Customers pay 50 Dominican pesos (about 88 cents U.S.) for two gallons, Aquino said, with volume discounts for various businesses. He also supplies water to area schools and at no cost to the families of children sponsored through Christian Relief Fund.

The purification plant backs up to Aquino’s home, which serves as a community hub for the people of Neyba. He and his wife, Ondina Pineda, ran an internet cafe on the front porch, but COVID-19 put that on hold. 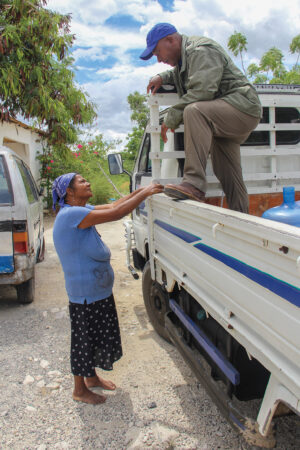 Manuel Aquino chats with one of his customers as he delivers water to the communities near Neyba.

Still, people came and went from the family’s open-air kitchen on a recent Saturday, taking off their masks for steaming bowls of sancocho (broth with chicken and vegetables) served with tostones (flattened cakes of plantain).

Ondina, a native of Honduras, met her husband during his time at Baxter Institute. Married for 35 years, they moved to Neyba in the late 1980s to plant Churches of Christ. They did their best to help the aspiring preachers and hungry children they encountered along the way.

Linda Purdy met the couple when she served as executive director for Christian Relief Fund, or CRF, a 50-year-old ministry that offers child sponsorship programs and assists with well-drilling and development projects around the world.

“They took me to several small communities where they had started house churches,” Purdy said. “In most locales, there would be a man who served as minister. I knew that Manuel received modest financial support from a congregation in the U.S., so I asked him who supported these men. 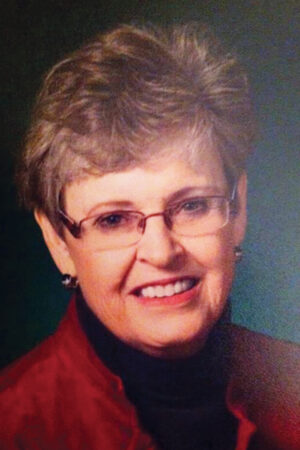 “He said, ‘We help them.’ They were using a portion of their own salary to help get these churches started.”

For nearly three decades, Ondina managed a child sponsorship program in Neyba for CRF. She recently turned that work over to her daughter-in-law, Nairobi Batista de Aquino. They feed, tutor and mentor children in the program, some of whom now work with the ministry.

“Manuel and Ondina have literally touched the lives of thousands of children and their families,” Purdy said.

After lunch, Ondina offered her guests a round of strong, dark Dominican coffee. She talked about the changes she sees in children after they join the sponsorship program. They finish school, and some go on to university. Many are baptized and active in their churches.

“Sometimes when they become adults, they come to visit,” Ondina said. “I love hearing them say, ‘Because of you, I am who I am now.’”

On Sunday, Aquino exchanged his heavy work jacket for a necktie and a Bible, preaching for the Vista al Lago Church of Christ.

It’s one of nine congregations the minister has helped plant in the region. Five are Spanish-speaking, and six are Creole-speaking churches of immigrants from Haiti.

On this Sunday, the two-story, white-columned church building was full of children sponsored through CRF. Aquino and workers with the ministry led kid-friendly songs including “Alabaré a Mi Señor” (“I Will Praise My Lord”). 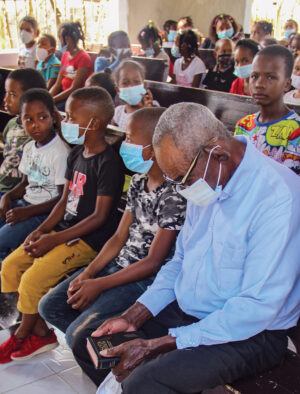 Eduardo Urbaez sat on the front row, a throng of youngsters wiggling around him. He didn’t mind, he said. He’s surrounded by grandchildren at home. This felt right.

It was a shorter-than-usual service. Adults handed out masks to the children, although social distancing was something of a lost cause. Instead of a robust fellowship meal, they served simple cookies and juice, plus more strong coffee for the adults.

The pandemic has hurt the economy. Day laborers have lost jobs and income. The country’s vaccination rate is rising, but so are infections.

No one is certain of the future, but Aquino said that, regardless, he’ll keep working to make lives better in his homeland.

And he’s not giving up on that motorbike, either. 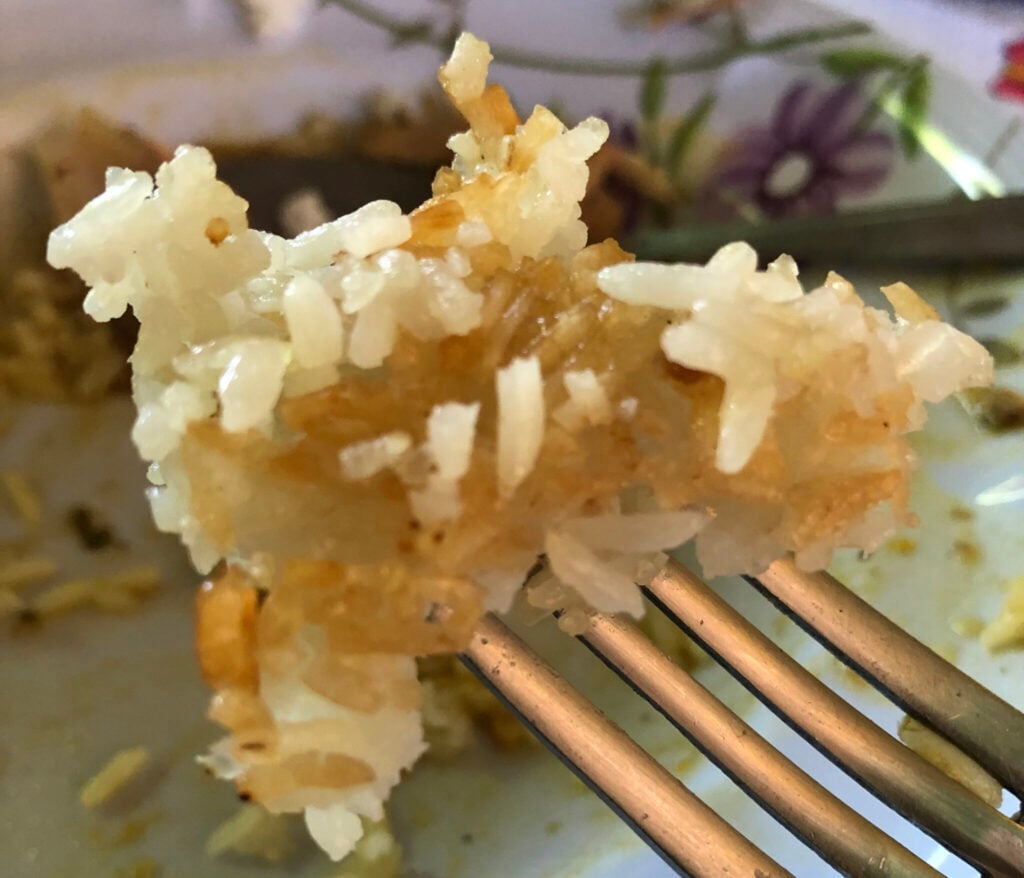 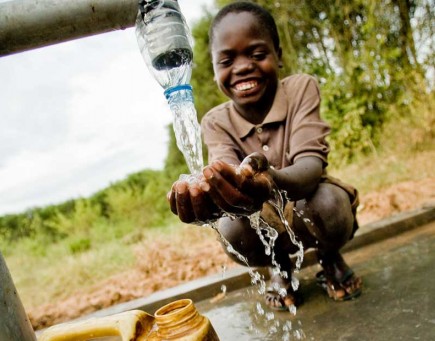 Children in Rwanda traveled to art galleries in New York…

Al Robertson, third from left, dares to be different. He's…