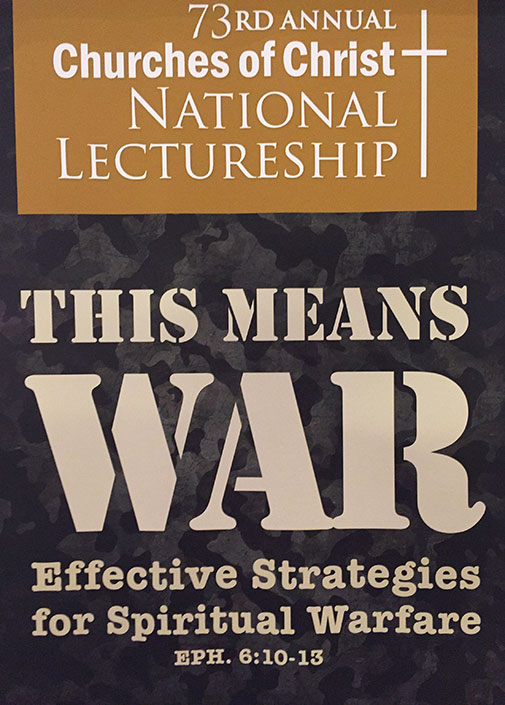 War and fellowship in Georgia

National Lectureship offers a view of civil rights history as its organizers seek to reclaim 'broken churches, a broken brotherhood.'

Lynn McMillon
President Emeritus
ATLANTA — We really need to know each other better.

Inside Story | Lynn McMillon
So many of the divides in our society — racial, social, economic — disappear when we spend time with each other. I have been blessed — and my life has been enriched — by everyone who has shared with me their life’s story. The diversity we encounter is a gift from God.

So it was at this year’s National Lectureship, an annual gathering of predominantly African-American Churches of Christ. The West End, Camp Creek and Bouldercrest congregations in the Atlanta area sponsored this year’s event.

My wife Joy and I first attended the lectureship in 2009 in Jackson, Miss. We’ve returned many times since (including 2015 and 2016) to be spiritually uplifted and to continue The Christian Chronicle’s mission to connect with Christians across our fellowship. We want to share great stories of what they’re doing for the Lord.

Few church events are more meticulously planned, well-executed and inspiring than the National Lectureship. The seven-day program’s theme was “This Means War: Effective Strategies for Spiritual Warfare.” The intent was “to bring awareness to the people of God regarding the schemes of Satan as he wages war against the Church of Christ and all of humanity,” said Orpheus Heyward, minister for the West End Church of Christ, who co-hosted the lectureship with Camp Creek minister Howard Wright and Bouldercrest minister Kelvin E. Teamer. 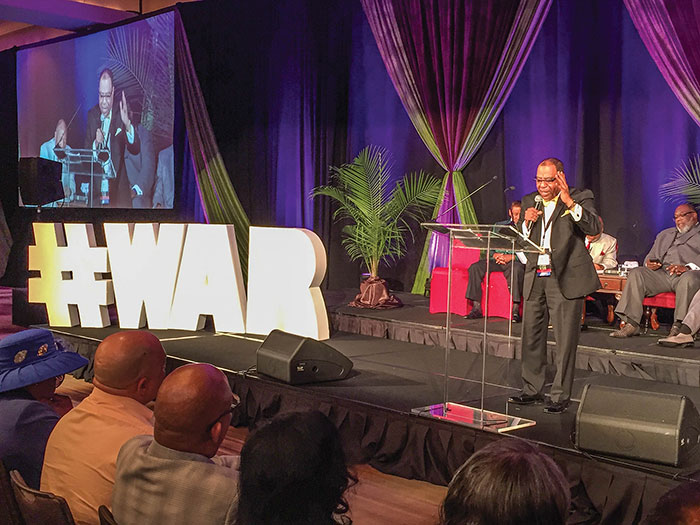 O.J. Shabazz, minister for the Harlem Church of Christ in New York, speaks on “Satan’s Affliction with God’s Permission” during the 2017 National Lectureship in Atlanta. (PHOTO BY LYNN McMILLON)

“We must take back God’s territory from Satan,” he added, quoting the prophet Isaiah’s ancient words as he called the church to proclaim the Good News to the poor, liberty to the captives and to “proclaim the year of the Lord’s favor.”

Among the lectureship participants were “Young Soldiers” who wore military style dog tags and carried camo backpacks as they learned about Atlanta’s place in history. Each morning 100 or more teens took field trips to locales including the World of Coca-Cola and the National Center for Civil and Human Rights. In the afternoons they attended classes and a special youth worship service. 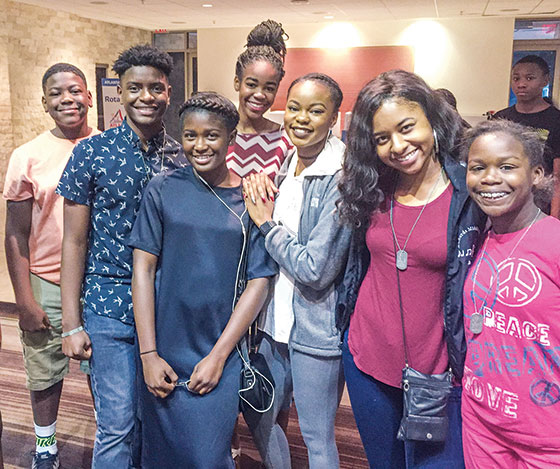 Teens at the National Lectureship gather before a visit to the National Center for Civil and Human Rights in Atlanta. The teens also participated in afternoon classes. (PHOTO BY LYNN McMILLON)

Oh yes, and they had choir practice and learned to sing together —which they did Wednesday night at the evening session. It was great. What a blessing for these youths to have time to spend with each other and share their faith.

The lectureship also featured a new track of classes and activities, Tier 1, geared toward young adults.  The track included classes focused on social issues from a Christian perspective, service projects and late-night activities and fellowship.

Of course, the National Lectureship had its renowned worship and preaching sessions three times per day. The passion of worship in these gatherings is deeply inspiring, and the lessons elevate the authority of Scripture. Praising our Father was a dominant theme in many songs.

Morning classes dealt with a range of subjects — from sharpening preaching skills to ministering to the addicted. David Wilson of the King’s Church of Christ in Brooklyn, N.Y., taught preachers the significance of making sermons verifiably relevant, since listeners nowadays often fact-check during the sermon. Along with other speakers, he stressed teaching from the Bible as God’s Word, a noticeable theme in the lecture series. 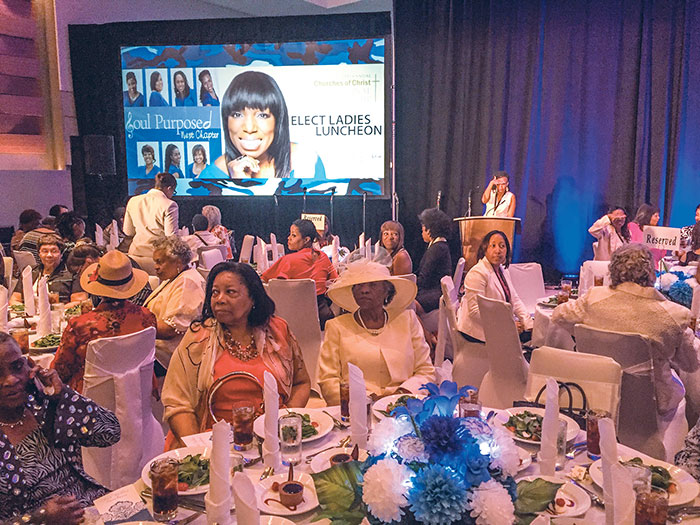 The Elect Ladies’ Luncheon on Wednesday included a dynamic and inspirational lesson from Mikki Taylor of Essence magazine — regarded as a beauty authority for women of color. The lectureship also included practical classes for Christian women.

Beyond the classes, the field trips and the wonderful worship, the time spent meeting new people and visiting with friends was perhaps the greatest blessing. I love deepening old friendships and making new ones and am always thankful to know fellow Christians better.