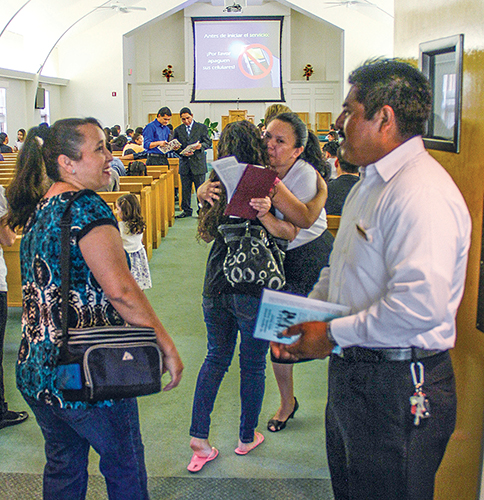 Finding men to serve as elders can be a challenge for Spanish-speaking churches.

SILVER SPRING, Md. — About nine miles north of the U.S. Capitol, the lobby of the Silver Spring Church of Christ is a bustling beltway of Sunday morning business.


It’s 10:45 a.m., and 100 or so of the church’s faithful — a mix of nationalities, red and yellow, black and white — emerge from the English-language worship. Minister Floyd Williamson, a former missionary to Sweden, preached on the Bible’s requirements for elders — the men who lead the congregation.


Across the foyer, Latino Christians and children file in from the parking lot, smiling and embracing their brethren. Bible classes for all the members begin at 11:15, followed by Spanish-language worship at 12:20.

Reaching Hispanics in the U.S. with the Gospel (Read our ongoing series)
As the Hispanic adults squeeze into one of the basement classrooms, young men hand out small, blue tracts titled “¿Cuál es la función de los obispos de la iglesia de Cristo?” (“What is the role of the elders of the Church of Christ?”)
Elmer Pacheco, minister for the Spanish service, wrote the tract to help Hispanic Christians — especially those who grew up outside the church — understand the pattern for church leadership described in Scripture.
Finding Latino men to serve as obispos or ancianos — known as elders, bishops, pastors or shepherds in English — can be difficult, ministers and church leaders across the nation told The Christian Chronicle. 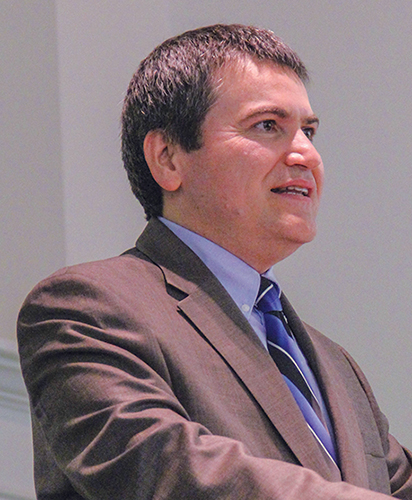 Elmer Pacheco preaches during the Spanish-language Sunday service of the Silver Spring Church of Christ (PHOTO BY ERIK TRYGGESTAD)
The Silver Spring congregation is one of the few Churches of Christ in the Washington area to have such leaders from its Spanish ministry, Pacheco said.
Cristobal Portillo, a native of El Salvador who attends the Spanish-language service, serves as one of the church’s five elders — men charged with the oversight of the church, including its finances and ministerial staff. In addition, three of the church’s nine deacons — servant leaders who assist the congregation with the elders’ guidance — attend the Spanish service.
“We’re always looking for new elders,” Pacheco says, and the church strives to make its search a bilingual effort.
FINDING QUALIFIED MEN WHO WILL STAY
After Bible class, about 200 people pack the pews for a boisterous, Spanish-language worship.
About 2 p.m., as the church members say goodbyes, deacon Alfonso Fernandez and his wife, Marisela, invite a young Christian couple — who just moved to the D.C. area from Cuba — to a Salvadoran restaurant for lunch.
As they dig into generous portions of char-grilled chicken, rice and fried plantains, the deacon talks about the challenges of providing stable leadership for Hispanic churches. 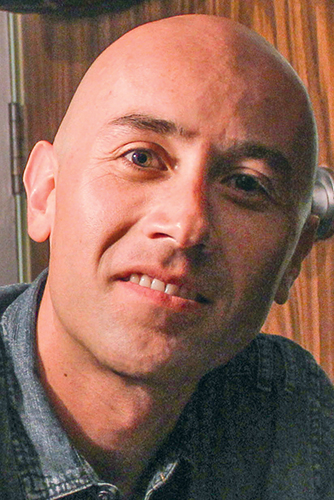 Alejandro Ezquerra
He and his wife moved to the U.S. from Mexico. They attended Spanish-speaking congregations in the Dallas area, where he and several fellow church members worked in construction.
The growing churches in Texas had lots of potential leaders, he said, but as the construction jobs moved from city to city, so did they.
The transitory nature of Hispanic Christians is one challenge church leaders encounter when looking for men who fit the qualifications for elders, described in Scriptures including 1 Timothy and Titus. Others include:

• Age: In the U.S., Hispanic churches and ministries tend to be younger than their English counterparts, said Jim Holway, a minister for the Sunset Church of Christ in Miami. Many churches believe that elders must have grown children who are baptized and have chosen freely to stay in the church.

• Language and culture: In the U.S., even congregations that are entirely Hispanic eventually become bilingual, said Alejandro Ezquerra, Spanish minister for the Bammel Church of Christ in Houston. First-generation immigrants often lack the language skills and education to effectively lead congregations of first-generation parents and second-and third-generation children who grew up in the U.S.

• A cycle of one-man leadership: In the U.S. and Latin America, many Hispanic church members grow up in Catholic homes and are used to “one man being the primary spiritual leader as well as the overall manager of church business,” said Miguel Bustillos, minister for the Western Heights Church of Christ, a bilingual congregation in Dallas. 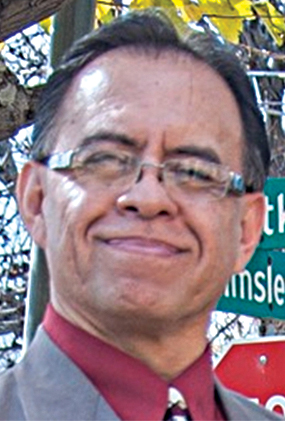 Miguel Bustillos
When a congregation doesn’t have elders, its preacher or missionary serves in a pastoral role, and “it is often too easy for a Hispanic Church of Christ to get comfortable with and accept a leadership that consists primarily of one man,” Bustillos said.
“Once that practice takes hold, that single person ends up having an inordinate amount of power in the decision-making process of the church, which is always going to be a dangerous situation and opens the door for corruption in church leadership.”
Julio Cedeño, an elder of the bilingual Northwest Church of Christ in Houston, agreed.
“We have a model — or a complex — in Hispanic churches that the preacher is Superman,” Cedeño said. He fears that preacher training schools in Latin America contribute to the problem, emphasizing evangelism and doctrine without focusing on properly shepherding young congregations and preparing them for autonomous leadership.
The Northwest church works with young congregations throughout the Americas, teaching new Christians about the attributes and attitudes of church leaders and their wives, focusing on the need to have good marriages and be good parents.
“We want them to have the desire — to aspire to be elders,” Cedeño said.
The Fernandezes, who moved from Texas to Maryland for work, say they were impressed with the shared, cooperative leadership modeled by the elders and deacons of the Silver Spring church. For that reason, they made a conscious decision to stay. Alfonso Fernandez now works as a painter and home repairman and serves as custodian for the church building. 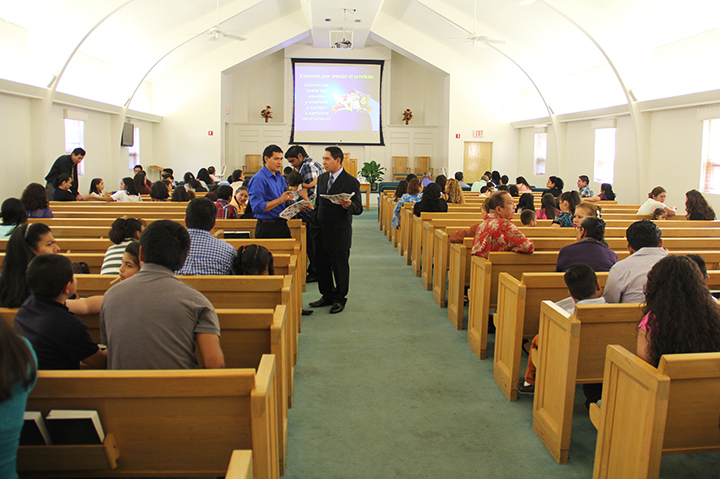 Members of the Silver Spring Church of Christ visit just before the Spanish-language service. (PHOTO BY ERIK TRYGGESTAD) READY TO SERVE
After months of Bible study and prayer, the Silver Spring church announces it will appoint two men — Jackie Gill and Joseph Anderson — to join the eldership. Both attend the church’s English service.
Pacheco says he loves and respects the new elders — and he’s not disappointed that none were selected from the Spanish service.
“Now was not the time,” he says.
When the congregation next appoints deacons, Pacheco says he’s confident that the Spanish service will have men ready to serve. As the deacons’ children grow and mature in their faith, their fathers will meet the qualifications to become obispos.
“We do believe that one day there will be candidates,” he says. “We prefer them to be ready.”