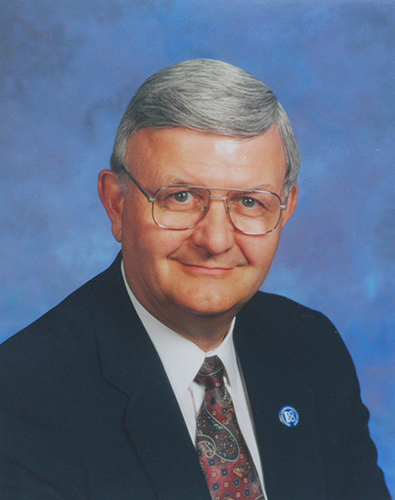 Submitted
Walter Louis Gilfilen, 79, of Marietta, Ga., died Friday, May 22, 2015, at home with family following a multi-year battle with cancer. Born Aug. 9, 1935, the son of Louis and Dessie (Galloway) Gilfilen, he grew up in Bellingham, Wash. Walt and his wife, Benny Ann, reared their family in Brevard County, Fla., before coming in 2011 to live with son David and his wife Elaine in Marietta, Ga.

Walt and Benny Ann met at Harding College in Searcy, Ark. After graduating with a master’s degree in business administration, Walt was dean of students at Magic Valley Christian College in Albion, Idaho, from 1958 to 1960 and president of Michigan Christian College in Rochester, Mich., from 1978 to 1980. He retired from Brevard Community College in Cocoa, Fla., holding several positions including director of development and associate vice president. While with BCC in Cocoa, he was able to bring in several grants to assist in vocational training and education development for the school. He also coordinated the acquisition of a historical 1924 movie theater in downtown Cocoa, raising funds for its refurbishment and staff and putting it back in shape to be a resource for the community. The theater is still active and growing today.

Walt has been active in Churches of Christ throughout his life, including serving as a deacon, then as an elder, and also as a preacher, teacher and song leader as needed by local congregations throughout the years.

Walt enjoyed photography throughout his life and in the 1970s took up painting landscapes. Michigan Christian named him their first Artist of the Year in 1982. Many in the family have received artwork from him, including a special painting for each of his grandchildren. He also enjoyed woodworking and made chairs and doll beds for many of his grandchildren and great-grandchildren.