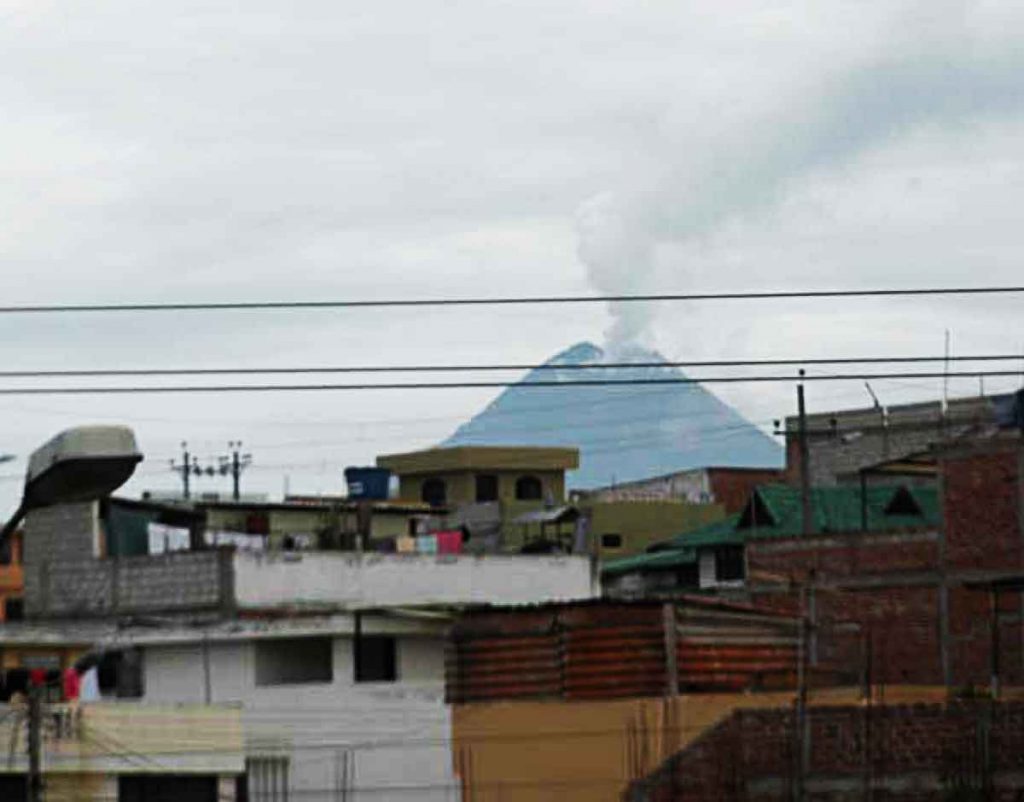 Volcanoes, a tropical storm and a sinkhole 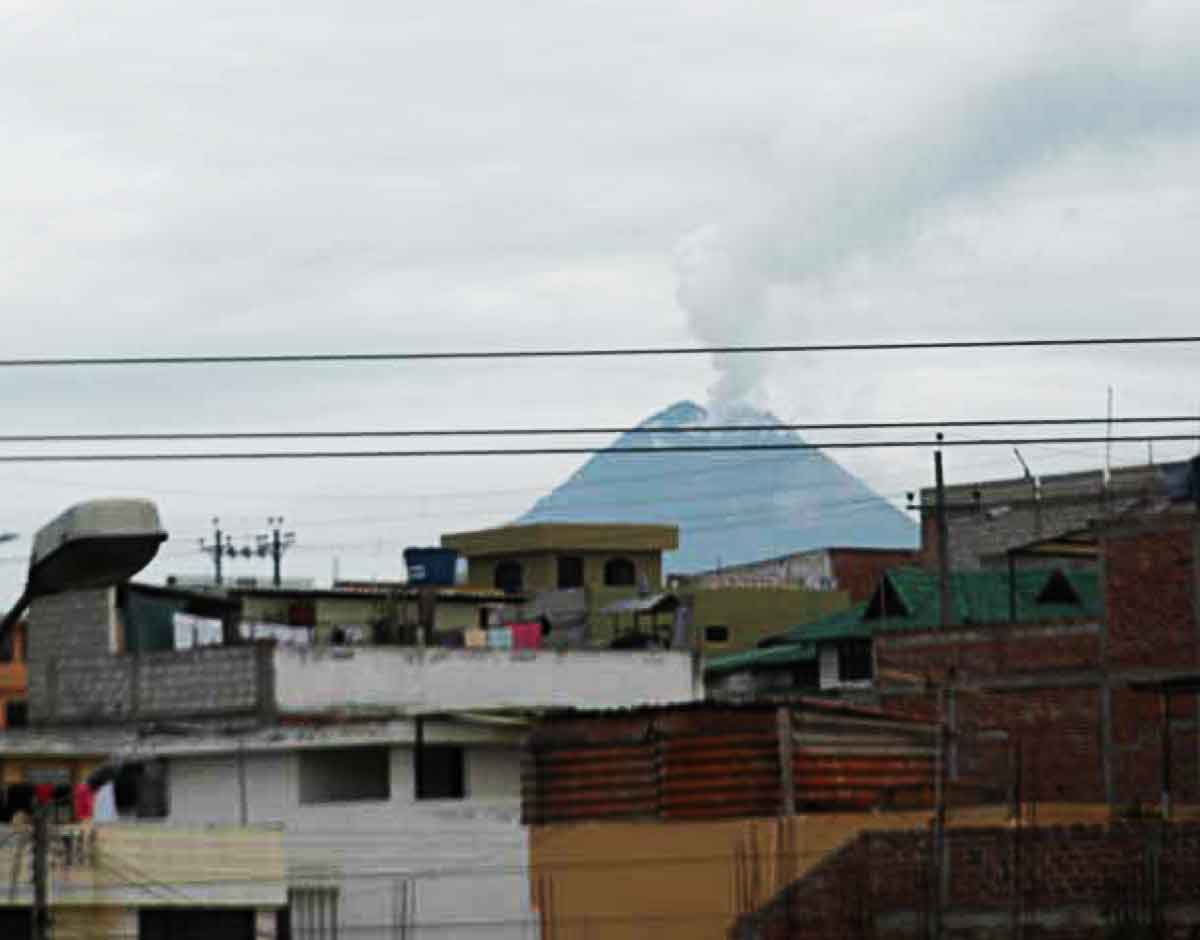 The volcano Tungurahua, as viewed from the home of Ed and Jacqueline Dottle in Ambato, Ecuador. (Photo by Ed Dottle)

2010 is shaping up to be the year of the volcano.
There’s the notorious, nearly unpronounceable one in Iceland — Eyjafjallajökull — that stranded air passengers in Europe and around the globe (but didn’t stop a small Icelandic Church of Christ from meeting, as we reported and blogged).
More recently, the volcano Tungurahua spewed ash into the air around central Ecuador. Ed Dottle, a missionary in the city of Ambato, took a photo of it from his home. I had the pleasure of meeting Ed and his wife, a native Ecuadoran named Jacqueline, during a reporting trip to the South American country last September. Stephen Lockwood, a member of the Bellevue, Wash., Church of Christ, and Justin Reeger, a missionary in Tabacundo, Ecuador, were my guides. The couple served us an amazing lunch before their daughters, Raquel, Christine and Natalie, thoroughly destroyed me in a round of Wii bowling. 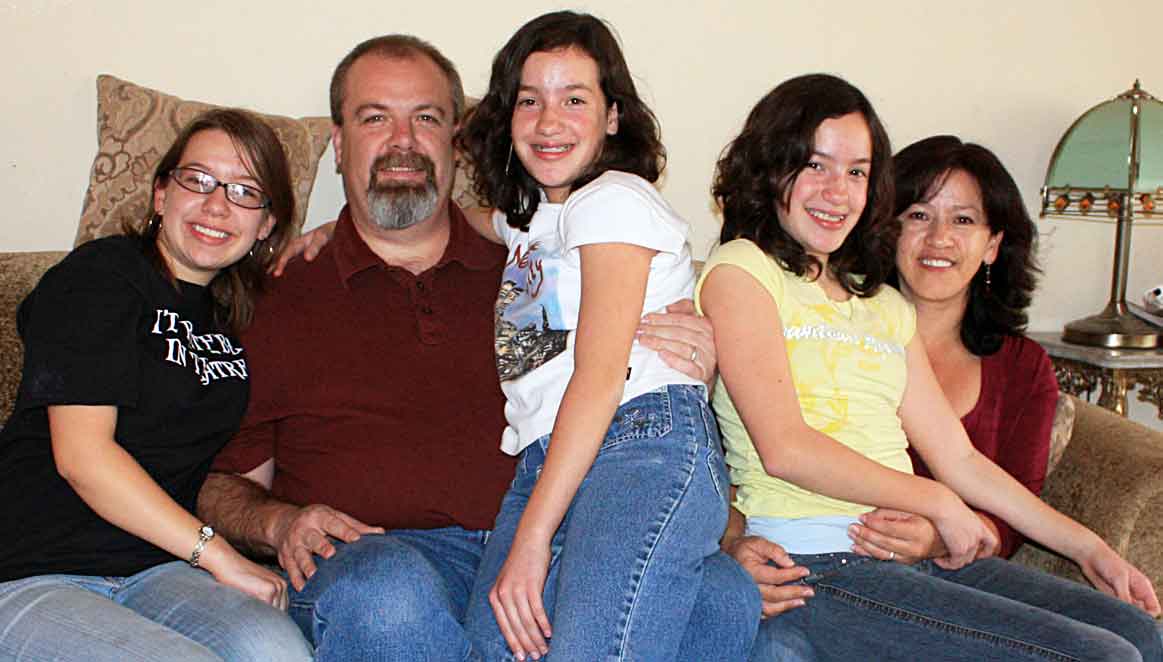 Ed and Jacqueline Dottle and their daughters in Ambato, Ecuador, in 2009. (Photo by Erik Tryggestad)

“Tungurahua has been very active in the last week,” Ed wrote in his latest mission report. “It caused the closing of the airports here in Ecuador and evacuations and closing of schools that are closer to the volcano than we are located. … This morning it is active again and we felt the house move … for the first time since we moved here. It has not been causing us any problems at this time but continue to pray for us.”
(Ed has a fascinating conversion story, by the way. He and our managing editor, Bobby Ross, go way back, as Bobby wrote in a column.)
North of Ecuador, a third volcano, Pacaya, near Guatemala City erupted recently, killing a TV reporter and causing evacuations and flight cancellations. Ash coated much of the city, including planes parked at the international airport.
Two days after the eruption, Tropical Storm Agatha made landfall in Guatemala, killing 152 people and sending about 35,000 more to emergency shelters.
After the storm passed, a giant sinkhole opened in the middle of Guatemala City. The hole, which is almost perfectly round, is 66 feet wide and 100 feet deep and swallowed a three-story building. The Christian Science Monitor has a gallery of amazing photos of the hole, which geologists are studying to determine its cause.
Meanwhile, Global Samaritan Resources is coordinating a shipment of goods to be sent to Guatemala this month. The Abilene, Texas-based ministry will send food, construction materials and medical supplies to aid victims of the storm.
Guatemalan Churches of Christ and the Biblical Institute of Central America in Guatemala “have requested food and supplies to help these hurting people as nature continues to assail their country,” according to a Global Samaritan news release. “Three families were specifically mentioned who have lost their homes and all of their possessions, and countless others are at great risk of further harm or displacement.”
Is your church or ministry involved in relief efforts to Central America? Please let us know.