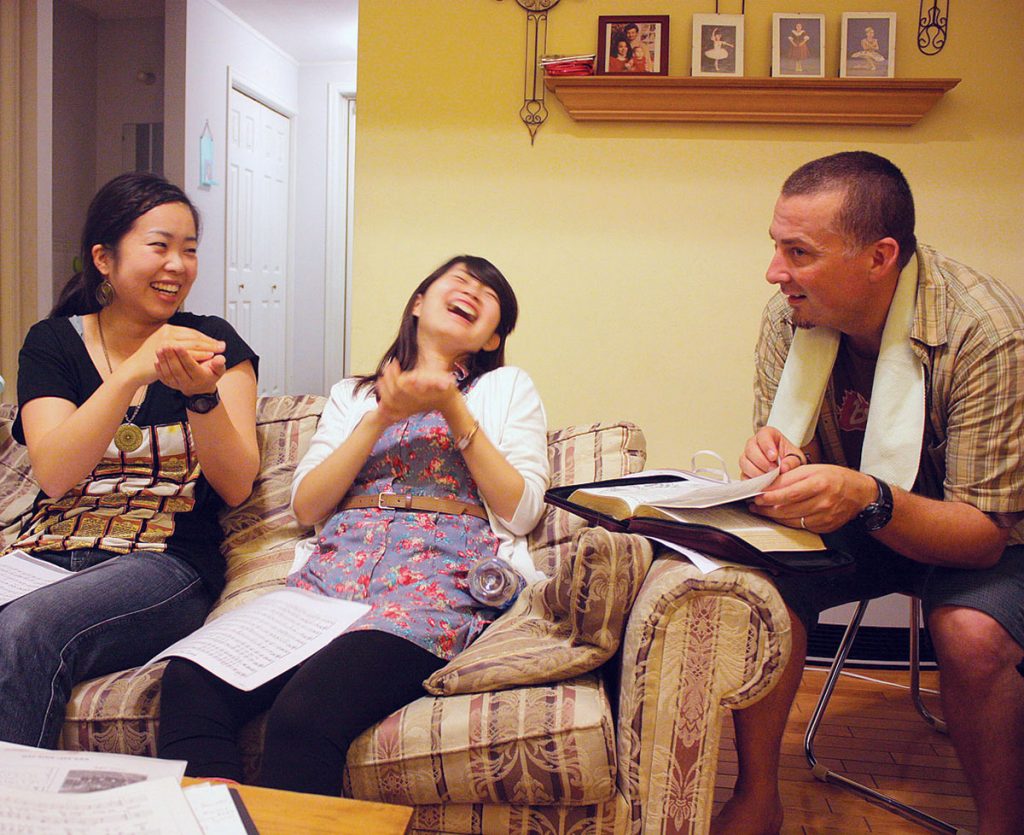 Welcome to Voices-only Wednesday.
This week, I dug through our archives to find this gem from 2011. It’s a warts-and-all rehearsal of “Shout Hallelujah” (one of my favorite praise songs) in a mix of English and Japanese.
I recorded this during a visit to Japan with a relief group after the devastating Tohoku earthquake and tsunami. (Here’s the story I wrote about the experience. Of all the pieces I’ve written for The Christian Chronicle, this one was the most emotionally challenging for me.)
Here are some more details about the rehearsal — from a blog post I wrote from Japan in 2011:

HITACHI CITY, Japan — A group of believers from opposite sides of the Pacific Ocean gathered here to practice praise songs for the upcoming Asian Mission Forum, scheduled for late July in Chiang Mai, Thailand.

Appropriately enough, the song they practiced is titled “East to West.” It was written by Gary Miller, a founding member of Vocal Union who also sang with Acappella. Miller, 60, died March 12 — one day after the 2011 Japan earthquake.


The group met at the home of Michael McClain, a longtime missionary in the Hitachi area who I interviewed for a feature on Japan back in 2004. I also got to meet several Christians teaching in Japan who are graduates of Oklahoma Christian University. Casey White and Charles Burks both work in the Mito area. They first visited Japan through OC’s Pacific Rim study abroad program and the Let’s Start Talking ministry.

I also met Dan Asperheim, from Duluth, Minn. He and his wife, Rieko, were celebrating their two-month anniversary. The couple planned to marry in March, but the earthquake forced them to move the wedding to May.


I had a great discussion with these folks about whether or not the earthquake shook their faith. A lot of people — believers and non-believers alike — are asking why the quake happened and how a loving God could allow so many people to die and suffer. Obviously, there are no easy answers to those questions. One positive thing that has happened here is the united response of churches to the disaster, White told me.


Soon, our CRASH Japan team from Global Samaritan Resources will head north to be part of the relief and rebuilding effort.


Meanwhile, here’s another song — an English and Japanese rendition of “Shout Hallelujah.” I requested this song since it’s one of my 3-year-old daughter’s favorites.

Here’s the video for “East to West,” mentioned above.

Send us your selections for Voices-only Wednesday. Post your a cappella recordings to YouTube or Vimeo and send us the links. Or recommend your favorite videos in the comments section.