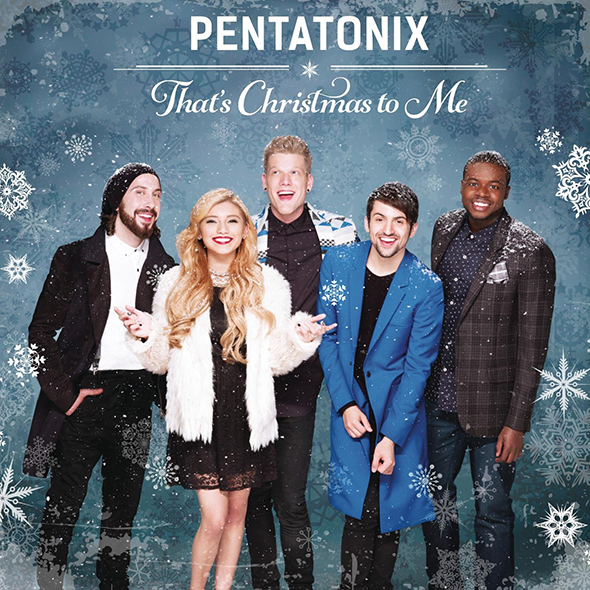 Voices-only Wednesday: Christmas a cappella music is an awakening force

Erik Tryggestad
President and CEO
There has been an awakening. Have you felt it? *
Christmas music is cool again.
How do I know? Pentatonix (which is an a cappella five-piece and not a drug for acid reflux, I recently learned) has the highest-charting Christmas album by a group since 1962. “That’s Christmas to Me” moved from No. 3 to No. 2 this week on the Billboard 200, right behind Taylor Swift’s “1989.”
That’s worth celebrating, Voices-only Wednesday style.
Evidently, the group’s name is a reference to the pentatonic scale, which has five notes per octave. Three of the members —  Kirstin “Kirstie” Maldonado, Mitch Grassi, and Scott Hoying — grew up together in Arlington, Texas, and formed the group, which won NBC’s third season of “The Sing Off” in 2011.
By now you’ve probably seen their rendition of “Mary Did You Know?” Here’s a great, live version of “Silent Night,” also featured on their Christmas album.

I downloaded a copy of the album — saving a few bucks by getting it online instead of buying it in a store. I’m impressed. It even includes a bonus a cappella version of “Let it Go” from Disney’s “Frozen,” to my daughters’ delight. (Oddly enough, that tune is not on Idina Menzel’s Christmas album. Go figure.)

I think my favorite tune on “That’s Christmas to Me” is the second track, a cover of Fleet Fox’s “White Winter Hymnal.”

This is special time of year, when vocalists who usually sing secular tunes switch gears and proclaim that “Christ is born in Bethlehem” and the like. (You’ll also hear contemporary Christian artist singing “secular” holiday tunes such as “Deck the Halls.”)

Here’s Pentatonix’s “Mary Did You Know?” in case you’re one of the two people who hasn’t seen it yet.

Pentatonix isn’t the only a cappella group doing great Christmas music, by the way. Here’s another group from “The Sing Off,” Home Free, singing “Angels We Have Heard on High.” Check out their album, “Full of Cheer.”

* Yes, my fellow fanboys should catch the reference to the trailer for “Star Wars Episode VII: The Force Awakens.” I can pretend that I didn’t spend the morning of Black Friday hitting “refresh” on my web browser, waiting for the trailer to debut, but we all know that I did.
Merry Christmas. May visions of sugar plums and controversial, cross guard lightsabers dance in your head.
Share your favorite a cappella videos for Voices-only Wednesday. Send us the links or post them in the comments.