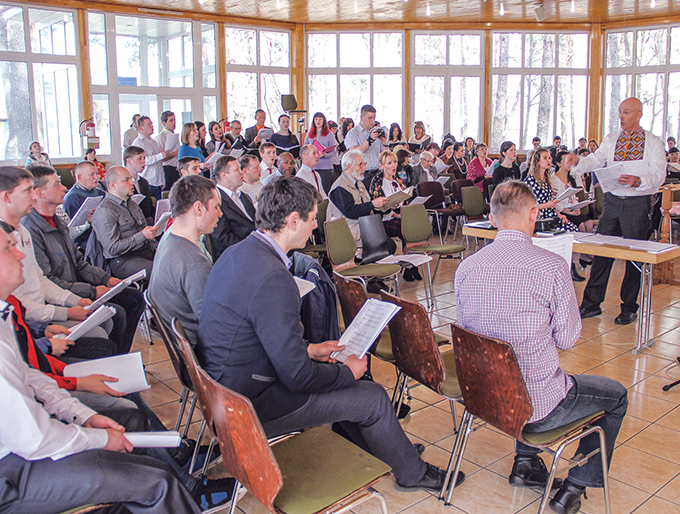 Voices only: Training churches to sing — in Ukraine and everywhere else

IRPIN, Ukraine — The sounds rising through the retreat center in this Kiev suburb are unlike anything you’ll hear in most Churches of Christ.

A group of about 120 Christians joins voices in harmonious Russian, pausing on occasion as a soloist sings — almost chants — Bible verses from the prophets and the Gospels, declaring the coming of Christ and his resurrection.

•  Peace in the valley: In Ukraine, refugees pray and sing for their divided homeland

Beautiful, haunting and distinctly Eastern. You won’t find these hymns in “Songs of Faith and Praise.”

Across Ukraine — and in Churches of Christ around the world — congregations planted by missionaries from the U.S. tend to use songs translated from American hymnals.

At the weekend singing camp in Irpin, Ukrainian believers learn about the beauty of songs written in their native tongues.

Oddly enough, the camp’s organizer is an American — Stan Bryan. A rancher in northeastern Oklahoma, he preaches for a small Church of Christ across the border in Cherryvale, Kan. In 1994, he was part of a 200-member mission team from the U.S. that helped plant churches across the eastern Ukrainian city of Donetsk. Bryan’s group helped launch the Petrovsky Church of Christ — once one of the largest congregations in the country. Now pro-Russian separatists occupy the church’s building.

“From the first church plant in Petrovsky, I have always tried to emphasize the importance of excellence in singing,” Bryan said. “We train preachers extensively, which is good. I believe we also need to invest equally in training churches to sing.

“I learned this from my father, who was an effective missionary to Vermont from 1950 to 1964. Looking back, I see that a large part of his success was the good church singing that he helped to develop in those churches. He had a wonderful deep bass voice and was a good song leader.”

As women sing texts telling of Christ’s crucifixion, the congregation responds “Christ is risen from the dead.”

Bryan launched the singing camps about 10 years ago. He’s always on the hunt for Russian- and Ukrainian-language songs. Some that he finds come from the the Russian Orthodox tradition, which uses a cappella singing.

He also mixes Bible verses about the resurrection of Christ with Russian-language version of traditional American hymns.

“Low in the Grave He Lay”

“I am trying … to give people a vision of what can be done in our churches if there is some leadership to gather and train people to sing,” he said.
“In fact, these festivals — without any doubt — show the kinds of things that can be done musically in any church if there is leadership that prioritizes and invests in singing with time, money and work. The singing at our festivals represents many years of hard work — a great improvement over only five years ago. Progress can be achieved in any place and in any church where people have the desire and do the work.”

That progress is beginning to show. Some participants in the camp told The Christian Chronicle that they have become more confident in their song-leading abilities.

Helen Strakhova said the camp also provides a great time of spiritual enrichment — especially in the midst of her country’s current conflict.

Though she appreciates the style of a cappella worship she learns at the camps, she has a nostalgic fondness for her old, English-language hymnal.

“I love, “What can wash away my sins? Nothing but the blood of Jesus,’” she sang. “This was the very first song I was taught 21 years ago.”

Voices only: Children Go Where I Send 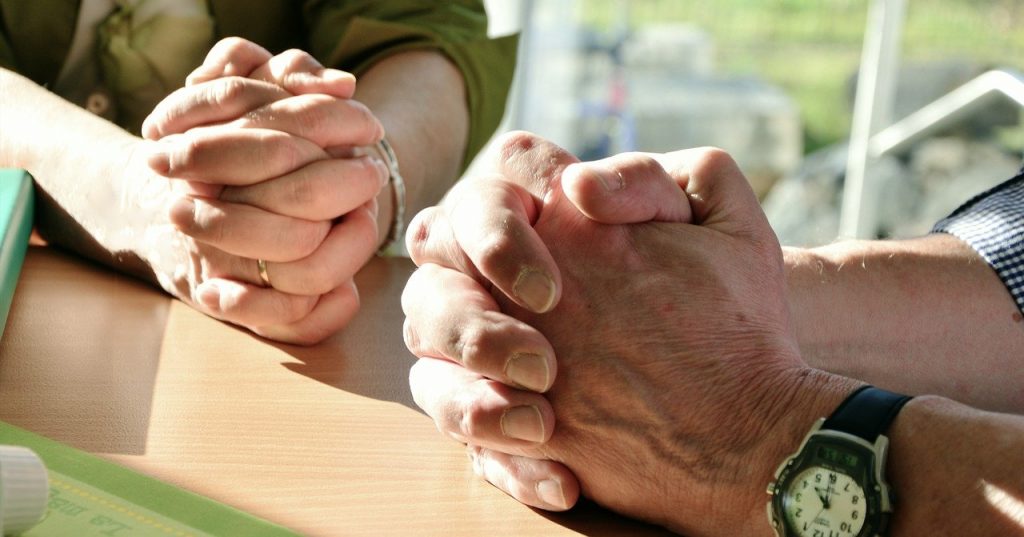 Voices only: Prayer for Peace

Welcome to Voices only. I usually spend a little time…