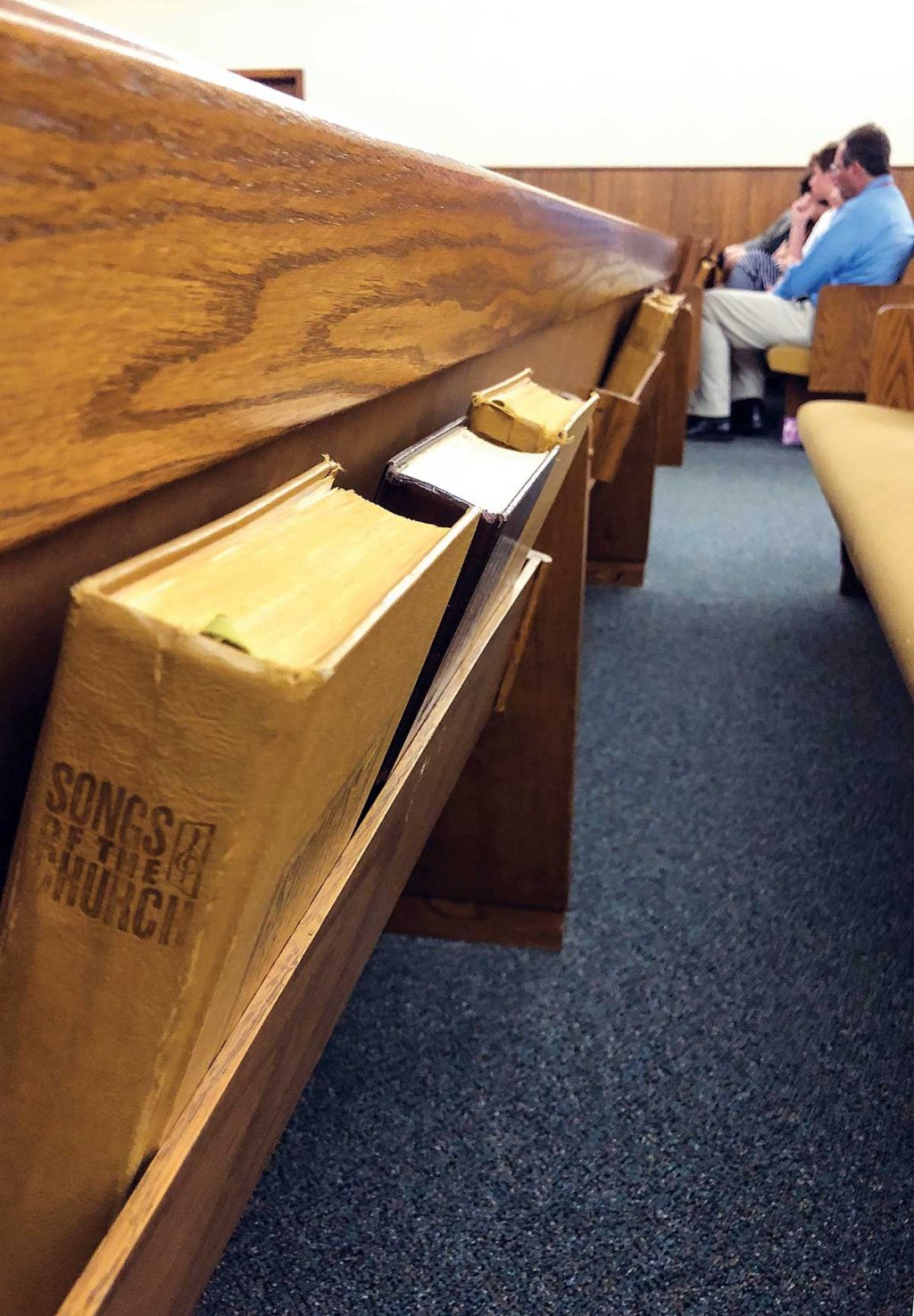 Voices only: Hymns that help us through our highs and lows

Chronicle reader shares the songs that

Welcome to Voices only, where we celebrate great a cappella music.

Donna Embray, a Christian Chronicle reader in St. Joseph, Mo., sent us a suggestion — Anna Letitia Waring’s 1850 classic “In Heavenly Love Abiding.” But she also included a beautiful testimonial that mentions many, many classic hymns. I’ll try to throw in a few of those as well.

“Hymns have been my companion from a young age. My dad preached at a small congregation in South Dakota when I was a girl. My favorite at this time was No. 31 in the hymnal, ‘Be With Me Lord.’ The song leader, Bernard, sent a small grin my way whenever he led it, which was often.

“When my dad began preaching at another congregation nearby, hymns continued to be impactful. Even though this congregation was also very small, the sound of the singing has stayed with me. There are still certain hymns, such as ‘Tis Midnight And On Olive’s Brow,’ that remind me of this period of my life.

(I love little details like that! By the way, her dad, Jim Busch, preached for Churches of Christ in Yankton and Vermillion. Donna moved south to Nebraska to study at York College, now York University, which is associated with Churches of Christ.)

“Throughout my adult life, hymns have provided comfort during the hardest days. I remember “How Great Thou Art” at Grandma Busch’s funeral and “In the Sweet By and By” during Grandma Sanner’s.

“During the years of my husband’s health issues, I turned to hymns such as ‘Wonderful, Merciful Savior’ and ‘In Christ Alone.’ I cleaned houses many years for additional income and always listened to music while I dusted and mopped. I remember listening to ‘Abide with Me’ by Indelible Grace on repeat after my dad called while I was cleaning to gently tell me he was entering hospice.

“Hymns also helped express thanksgiving when God provided for our family over and over and over again during difficult years. The lyrics to ‘Great Is Thy Faithfulness’ and ‘God Moves in a Mysterious Way’ often filled my thoughts.

“This present summer has been filled with unique highs and lows. We were planning our son’s wedding while at the same time my sister was undergoing brutal cancer treatments. I found myself sitting in church the morning after the wedding, contemplating the uncertainty and change. Our guest song leader that morning was Dr. Clark Roush from York University. He was in town since he’d beautifully officiated our son’s wedding.

“When he led this ‘In Heavenly Love Abiding,’ the words brought immediate calm and peace.”