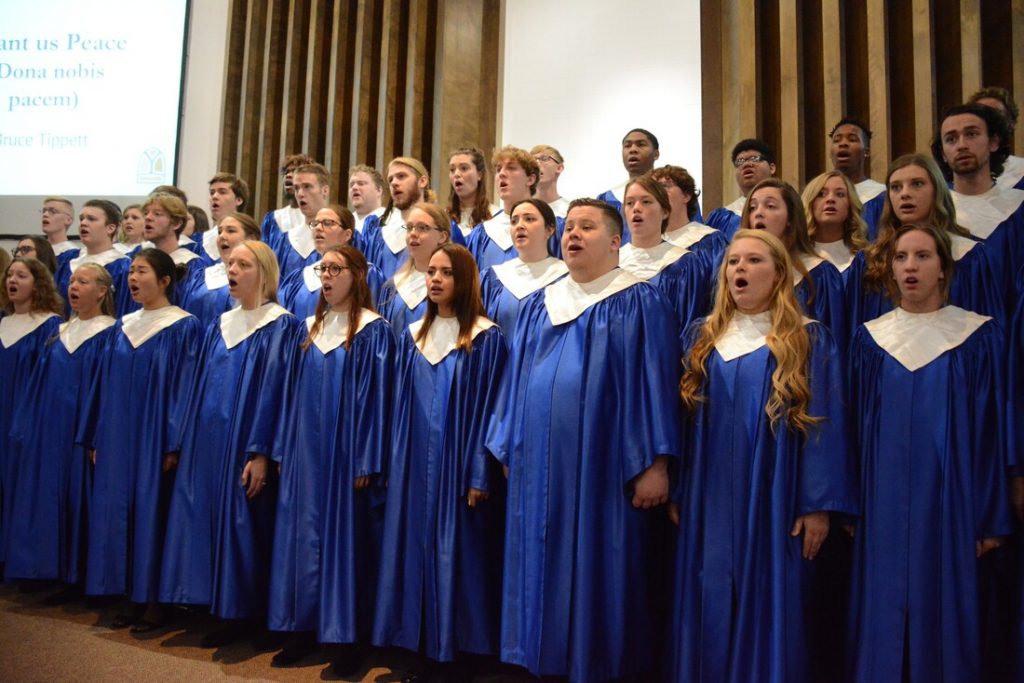 Voices Only: ‘Here, O my Lord, I See Thee Face to Face’

Recordings from York College chorus also include Psalm 95 and "Jesus is All the World to Me."

Welcome to Voices Only!

This week’s selection comes from Dan Smith in Goodyear, Ariz. “Here, O my Lord, I See Thee Face to Face” is a hymn from 1855 by Scottish poet and songwriter Horatius Bonar. (He also wrote “I Head the Voice of Jesus Say.”) Here it is sung by the York College chorus in during a 1972 performance in Lawrence, Kan.

Smith was the chorus’ director at the time. Here are a few words he shared about the song:

“‘Here, O My Lord’ condenses the purpose and pleasure of our assemblies into two verses. I am especially moved by the thought expressed in the final phrase, ‘Here taste afresh the calm of sins forgiven.’ If our assemblies do not leave this imprinted on our hearts, I question what we have to say to a lost world.”

Smith attended York College in Nebraska as a student and finished his bachelor’s in music at Harding College (now Harding University) in Searcy, Ark., in 1967. He taught for a year at Harding Academy in Searcy and then went back to York to teach while he did graduate work at the University of Nebraska.

“York was very small at that time, 1968 to 1973,” he said. “Maybe 300 students at the max, but they were great kids from all over the plains states. They were hard workers and did exceedingly more than I asked of them. The love and warmth I have for these ‘kids’ cannot be expressed. They are, as you might mathematically calculate, ‘retired’ and most are grandparents. I just want their efforts and the message they believed in so strongly to go beyond our lifetimes.”

To that end, Smith set up a YouTube channel with recordings from his time at York. Here’s a beautiful arrangement of Psalm 95 from the channel. (It’s not the version you’re probably used to singing.)

And here’s an equally beautiful rendition of “Jesus is All the World to Me” (Will L. Thompson, 1904).

“It may be that these hymns have lost their appeal in the contemporary church,” Smith said, “but I hold their message to be timeless. The chorus’ effort and desire is a treasured memory for me, and could very well be a moment of reflection and inspiration to others.”