BLACKSBURG, Va. — In a blue T-shirt and jeans, walking amid the majestic limestone buildings that line the Virginia Tech campus, Seth Terrell looks like an ordinary student.

At age 21, Terrell spends hours each day on campus and blends in easily with the college crowd that chomps half-pound cheeseburgers downtown at Mike’s Grill.

Except that he’s not a student.

He’s a recent Freed-Hardeman University graduate just a few months into his first full-time job — as campus minister for the Blacksburg Church of Christ in this town of 40,000 in the Blue Ridge Mountains area of southwestern Virginia.

When Seung-Hui Cho killed 32 people and wounded many more before committing suicide in the deadliest shooting in modern U.S. history, Terrell suddenly found himself faced with the biggest ministry challenge of his young career.

“You think, ‘Yeah, it happened at Columbine,’ but you don’t think about it coming that close to you,” said Terrell, who double-majored in Bible and history at Freed-Hardeman in Henderson, Tenn. “I could have easily been there. That’s what I kept thinking a lot.” 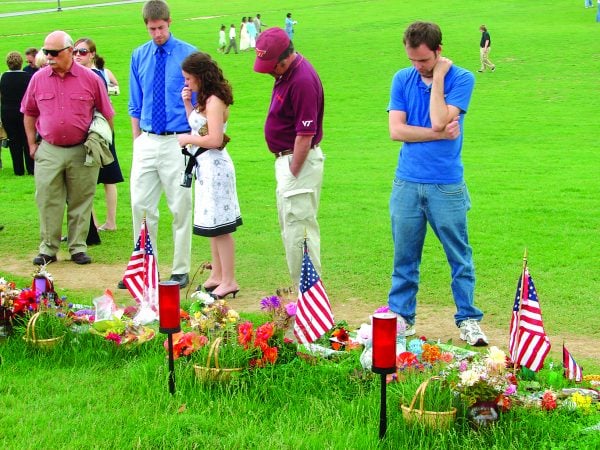 ‘What do you say at a time like that?’

Twice a month, a faculty wives club meets at the Blacksburg church, a mile from campus. The club was working on scrapbooks the morning of the rampage.

“It’s been a hard year, and Linda (Granata) was my friend throughout this whole thing,” Dorn said. “She was faithful to bring food and even give me a bracelet. She’s just been a wonderful person.”

The morning of the shootings, Granata could not reach her husband, Kevin, a professor, by cell phone. So, she asked Terrell — who was scrambling to account for student members — to e-mail him.

“I was worried, like she was,” he said. “But at the time, your mind just doesn’t allow you to think that could happen. So I was telling her, ‘I’m sure he’s OK. I’m sure he just can’t get to the phone.’”

Later, he regretted those words. “But what do you say at a time like that to comfort her?” he said.

Related: After yet another mass shooting, Tulsa church prays, reflects: Is there a solution?

Kevin Granata — a father of three — had heard the commotion on the floor below him at Norris Hall. After bringing 20 students into an office where the door could be locked, he went downstairs to investigate. Cho shot and killed him.

Professor Thurmon Lockhart, a church member, had a meeting planned at 9 a.m. — the time of the second attack — at Granata’s office. They were to discuss a research project. But a student walked into Lockhart’s office to talk, and he was delayed, said Tom Gilliam, community minister at the 150-member congregation.

“So, he’s having a tough time,” the minister said of Lockhart, with whom he eats lunch most Fridays. “I asked him, ‘What would you have done if you had gone to that meeting?’ He said, ‘I would have gone with Kevin and tried to stop the guy.’”

While no church members were killed or injured, the rampage touched everyone in this small town. Orange-and-maroon ribbons — the Virginia Tech colors — now line the streets. Homemade signs declare “God Bless the Hokies.”

At the Blacksburg church, well-wishes from across the nation adorn the walls.

“May the God of hope fill you with all joy and peace,” says a message from the Rochester Church of Christ in Michigan. 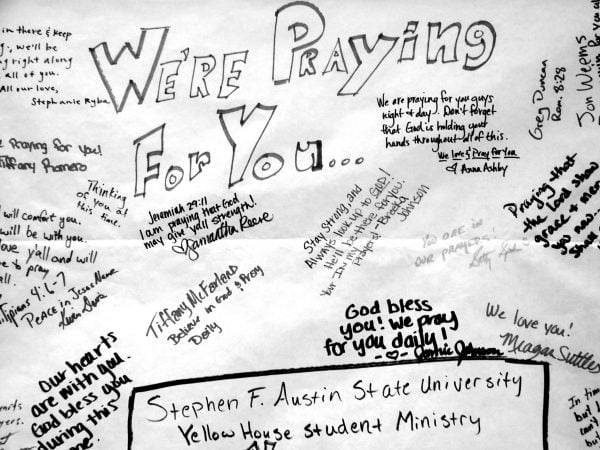 After the massacre, a banner from students involved in the campus ministry at Stephen F. Austin University in Nacogdoches, Texas, hangs in the foyer of the Blacksburg Church of Christ in Virginia.

Learning how to hurt

Terrell, who is single but in a serious relationship, came to Blacksburg in January. He quickly showed a knack for striking up conversations with strangers.

“He goes over on campus cold turkey and shoots baskets or pool or whatever just to meet students,” said Gilliam, who has been preaching twice as long as Terrell has been alive. “He has Bible studies, devotionals and preaches once a month.”

Terrell, who grew up on an Alabama farm, said he began his ministry with “just this messiah mentality of coming to save the campus and do everything like that.”

On April 16, though, he said he realized he had no control over “such a sad, sin-torn, irrational world that really desperately needs God’s love.”

“I really had to learn that the best thing I could do for everybody is just to be here and to talk to people that I knew were OK,” he said.

The night of the rampage, students and other members conducted a special vigil. They sang, held hands in a circle and prayed. Elder Loy Burch, the congregation’s first campus minister starting in 1973, and his wife, Mary, prepared supper.

In the days that followed, the students — and their campus minister — grappled with God’s role in such a tragedy.

“God’s going to work through it, sure. His glory will be done throughout it, sure,” Terrell said, as mourners passed by flowers and U.S. flags at a makeshift memorial. “But I can’t bring myself to say this is God’s plan — for 32 people to die.” 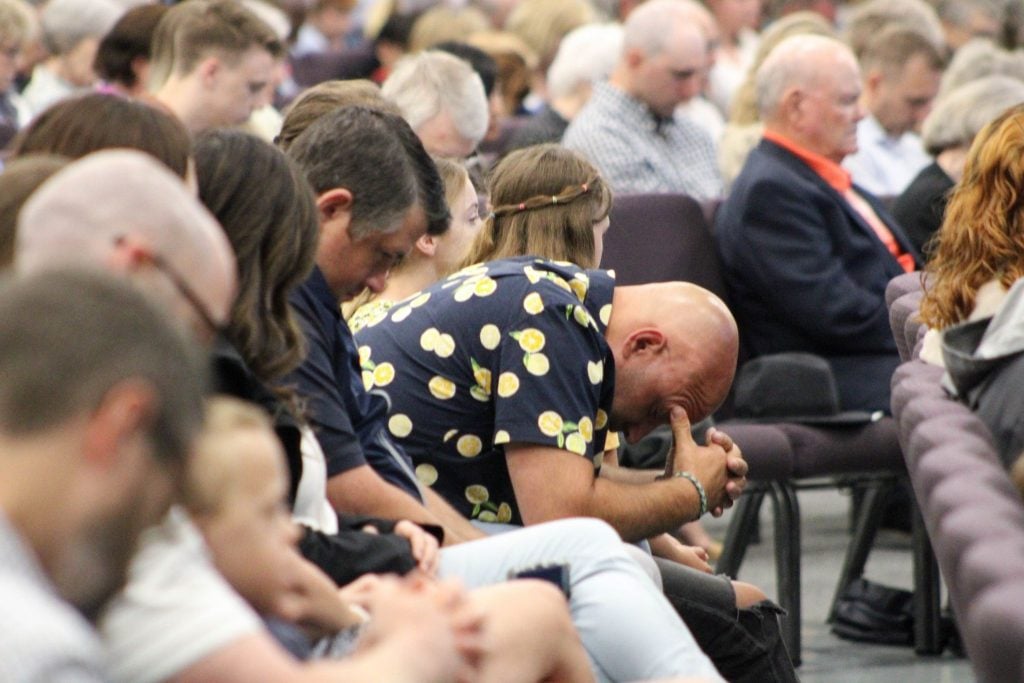