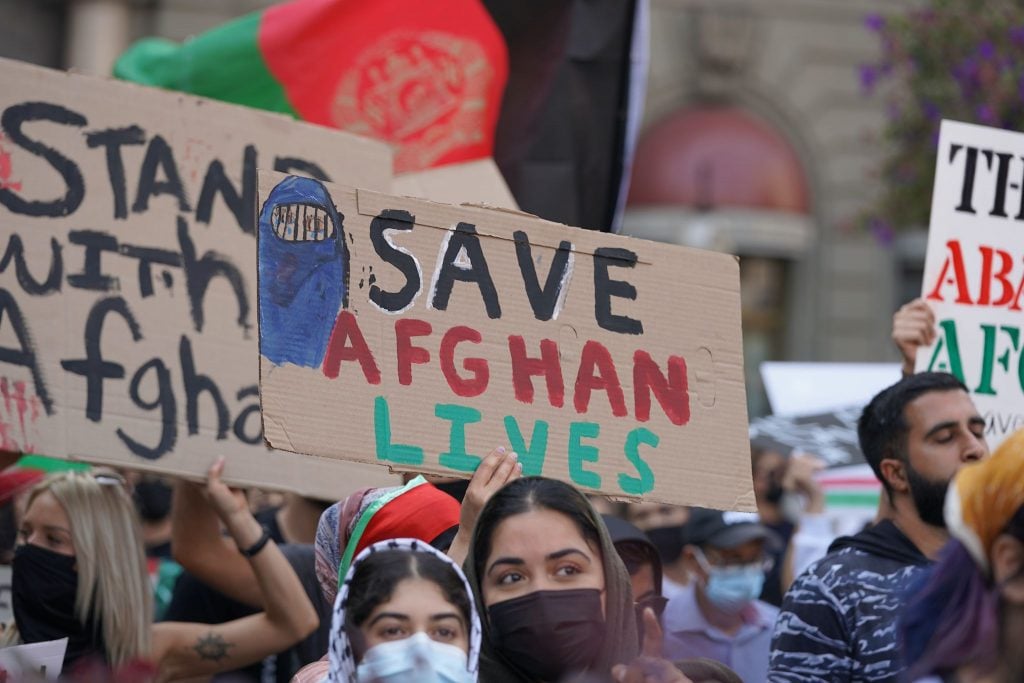 'It is a humbling honor and immeasurable gift they have given us to share their lives right now,' minister says.

SPRINGFIELD, Va. — The Afghan refugee’s words trailed off. He spoke in a whisper. Finally, he lowered his head and fought back tears.

“I’m sorry,” he said, apologizing for losing control of his emotions.

I was talking to the refugee — a young husband and father of a 2-year-old boy — at his apartment complex in this northern Virginia suburb of Washington, D.C. 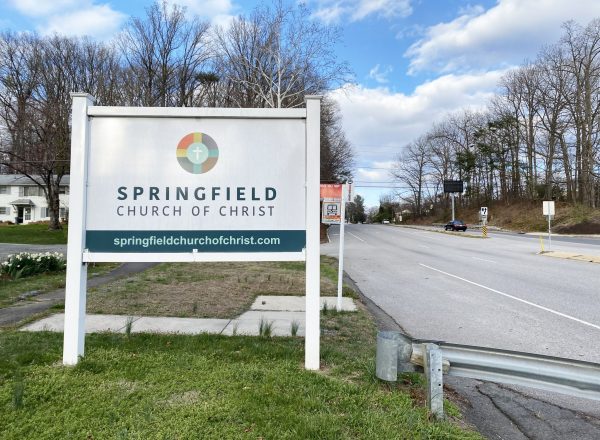 The Springfield Church of Christ in northern Virginia is helping Afghan refugees.

At my request, Joshua Ray, minister for the Springfield Church of Christ, and his wife, Brooke, had brought me to meet the man and hear his story.

Because of safety concerns, I agreed to withhold the name of the 29-year-old refugee. For several years, he worked alongside U.S. military and government officials in Kabul. If I identified him, he fears the Taliban might retaliate against his father, mother and eight sisters who remain in Afghanistan.

Tears flowed as the man recalled the August day last year when he, his wife and baby son fled his home country on a military cargo plane carrying hundreds of evacuees.

The family — among more than 76,000 Afghans flown to the U.S. during the chaotic American withdrawal from that country — later spent 52 days in a refugee camp at Virginia’s Marine Corps Base Quantico.

As a resettlement agency sought housing for the family, the Rays — and the entire Springfield church — already were looking for ways to help the refugees.

“We raised a little money and collected urgently needed supplies.”

Then the 75-member congregation heard that the refugees needed undergarments.

“I came home one day, and there were boxes and boxes of white, men’s underwear just piled up,” Joshua Ray said with a chuckle.

“You can buy underwear in bulk on Amazon,” his wife explained.

The church collaborated with a grassroots volunteer organization known as NoVa RAFT, which stands for Northern Virginia Resettling Afghan Families Together. That group has helped set up nearly 200 Afghan refugee homes with furniture, beds, kitchenware, linens and other household items.

The refugee I met — plus his wife’s father and brother, who came on a separate plane and live in their own apartment — left Afghanistan with little but the clothes they wore.

“These families would get a home and be able to move in, but they would have nothing,” Brooke Ray said of the resettlement process. “I mean, literally nothing.” 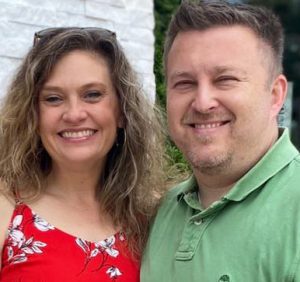 Minister Joshua Ray and his wife, Brooke, serve with the Springfield Church of Christ in northern Virginia.

That’s where the Springfield church came in, eager to help.

“Fortunately, Mr. Josh and Mrs. Brooke, they found us,” the refugee told me. “Like, I only had some spoons and stuff to cook eggs. … We did not have anything, but they helped us to get those utensils, and we got a sofa, couch and stuff.”

Volunteers also bought toys for his son and eyeglasses for his father-in-law, the man added.

“Now, my wife is also happy and learning English,” he said.

Lorene Pagcaliwagan, a Springfield church member and language professor, teaches the wife via Zoom. While the husband is fluent in English, his wife arrived speaking only Pashto, one of Afghanistan’s two official languages.

The church has tried to respect the refugees’ privacy, so not all members have met them, the minister’s wife said. But the entire congregation has worked to serve the Muslim family’s needs.

“The church prays for them by name and knows what we’re doing to help them.”

“The church prays for them by name and knows what we’re doing to help them,” Brooke Ray said.

Said Joshua Ray: “It is a humbling honor and immeasurable gift they have given us to share their lives right now. It is truly unbelievable what they have gone through and the resiliency they, and so many others, have demonstrated to try and find their way forward.”

Hamil R. Harris, a Christian Chronicle correspondent and minister in the D.C. area, came with me to meet the refugee.

When we finished talking, the man accepted Harris’ offer to lead a prayer.

“Thank you, Lord, for allowing him to make it here,” Harris said as we all bowed our heads. “This is just the beginning. And we pray for his eight sisters and others. … Let him know that we care. Let him know that better days lie ahead.” 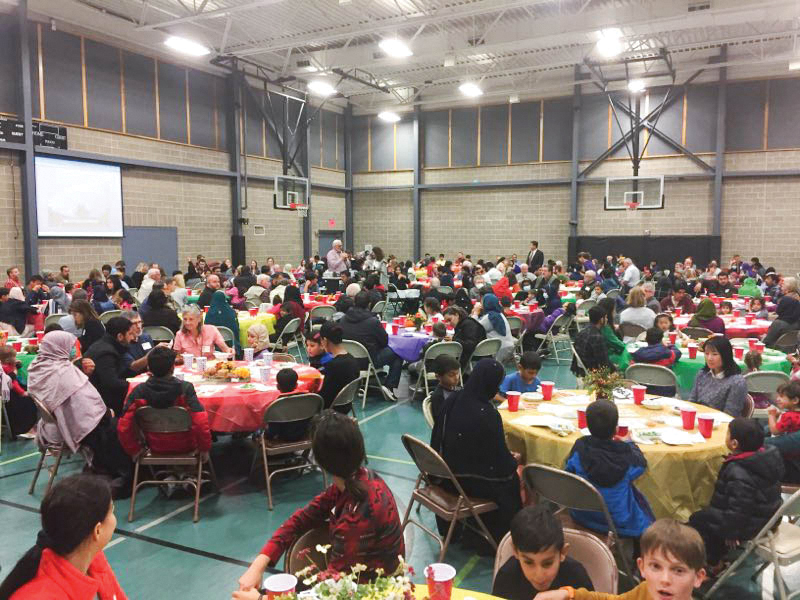 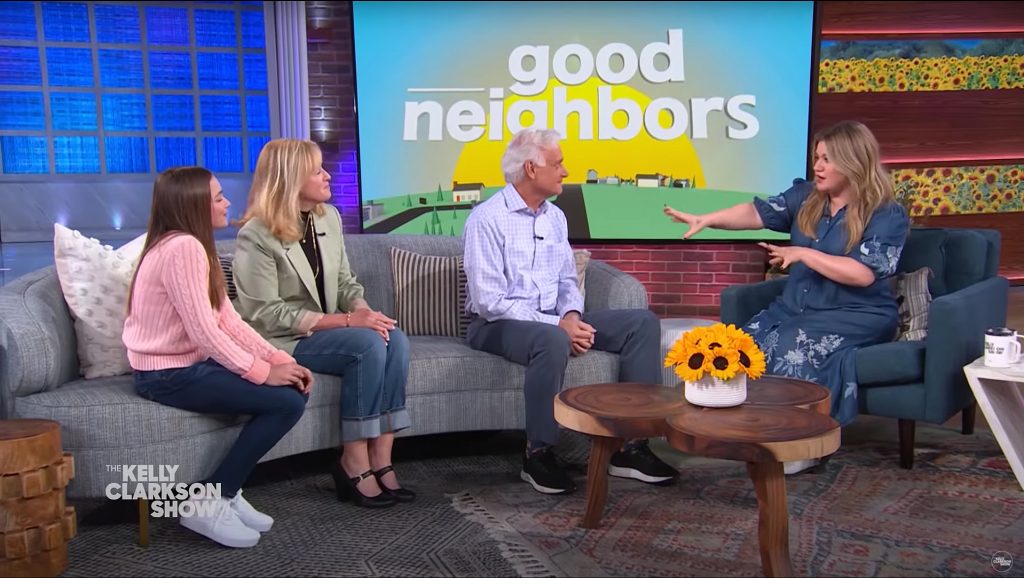 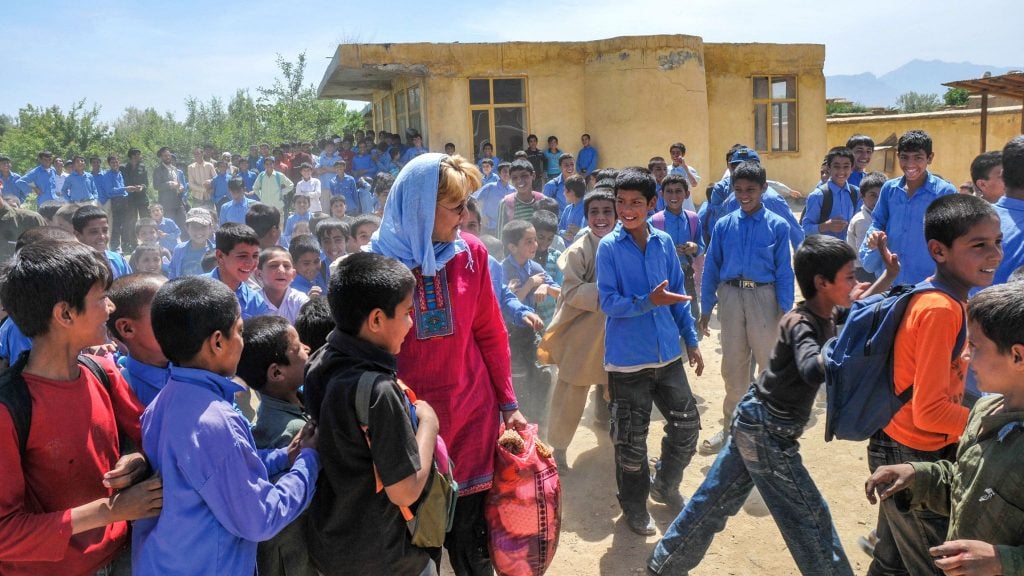