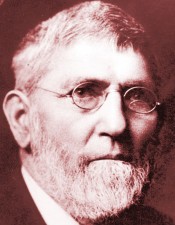 VIEWS: Lipscomb’s voice should be a part of voting debate 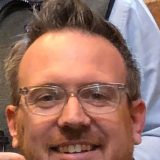 Josh Kingcade
Should Christians cease voting and all involvement with civil government? David Lipscomb, a prominent name in the history of Churches of Christ, was a compelling voice in the debate.
Though I don’t share his views, I’m convinced that his views need to be a part of our broader conversation as it relates to Christians and the government.
Lipscomb is remembered best because of the university in Nashville, Tenn., that bears his name, in addition to his years as editor of the Gospel Advocate. He was a leader in Churches of Christ during and after the Civil War, where his experiences living in Nashville — a center of conflict — shaped him.
As he saw family pitted against family and Christian pitted against Christian, his distaste for war — and the governments that enabled it — grew. This experience, along with the teachings of his mentor, Tolbert Fanning, led Lipscomb to take strong positions on the Christian’s relationship to government.
Perhaps Lipscomb’s best-known writing on the subject is his 1889 treatise, entitled “On Civil Government,” which has its origin in articles he wrote for the Gospel Advocate. In it, he lays out the history of human governments and why Christians should not be involved in such institutions.
Lipscomb points out that the earliest human governments in Scripture were formed in rebellion against God, first manifested in the organizing at the Tower of Babel and ultimately the Israelites’ demands to “set a king over us” (1 Samuel 8:5), which Samuel takes to be an indication that the people have rejected the kingship of God.
“It is clear that human government had its origin in the rejection of the authority of God,” Lipscomb writes, “and that it was intended to supersede the Divine government, and itself constituted the organized rebellion of man against God.”
Because of their origin (rebellion) and intent (replacement of God), governments are inherently and eternally ungodly, Lipscomb would say.
It is a short leap from this belief to the conviction that Christians should not vote or participate in government structures.
Voting “does much more harm to the church than dancing does,” Lipscomb writes in an 1875 Gospel Advocate. “The whole organization of the kingdom of God is based upon the fact that every other institution in the world is of the evil one, is against God — must be destroyed, must be prevailed over by the gates of hell.”
While strident in tone, Lipscomb would remind us that voting is not the ultimate exercise of the Christian witness to the world. If we expect to fix the world by electing the right candidate, we are in for a disappointment.
While I do not agree with Lipscomb that it is a sin to vote, I am reminded that the power of voting is limited and that no human government is a replacement for the reign of Christ.
The most common objection to Lipscomb’s position surely is that since people have died for our right to vote, we must exercise that right. But Lipscomb might answer that all rights are rights that people have died for — not just the right to vote. And, like all rights, we can choose to exercise some or choose not to exercise some, with Scripture as our ultimate guide.
To think that we must always vote for the lesser of two evils — or, as some have put it, “hold our nose” and vote — is contrary to Scripture that tells us to listen to our conscience.
Certainly we shouldn’t expect to be in 100 percent agreement with any candidate, but voting for a candidate is giving your “amen” to that candidate and his or her platform.
If you feel uncomfortable doing that, then Lipscomb would tell you not to vote.
To the Corinthians who were fond of saying, “Everything is permissible,” the apostle Paul answers that not everything is beneficial or constructive (1 Corinthians 10:23). If we think that voting is how Paul would command us to “submit to the ruling authorities” (Romans 13:1), we are reminded that the first Christians could not participate in government at all (unless they happened to be Roman citizens). If Paul had voting in mind in Romans 13, then he was commanding an absolute impossibility for his original readers.
I believe Lipscomb’s positions are too extreme, but I welcome his voice in the conversation. Though his views were not necessarily the majority in his day, he was a respected leader, and many read his works and considered them carefully.
Most tellingly, the Nashville Bible School was named for Lipscomb after his death. I suspect that today he would be labeled “unpatriotic,” marginalized in our churches and would certainly not have one of our universities named after him. We no longer seem to have any patience for views like his.
In the end, Lipscomb would urge us to resist the temptation to put too much stock into the power of our vote. There are many ways in which we can embody the reign of Christ on earth, and indeed many Christians are active in these ways.
Voting, while permissible and perhaps advisable, is not the primary way to do this.
Let us pray often about whether and for whom we should vote. Let us then vote if we feel permitted and compelled. Let us avoid posting snide or desperate political remarks all over Facebook.
And then let us return to the business of teaching the Gospel and serving our neighbors.
JOSH KINGCADE is education minister for the Memorial Road Church of Christ in Edmond, Okla. He blogs about religious education at faithform.com.