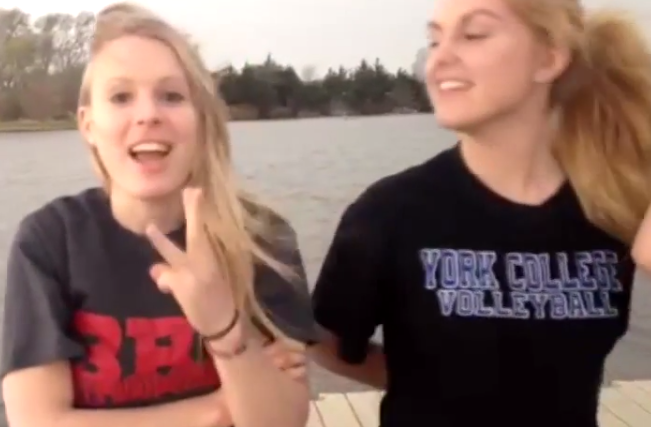 The close call came as the students attempted to complete the "Cold Water Challenge."

The Omaha World-Herald in Nebraska reports:

YORK, Neb. — Five college students had a close call Wednesday when they attempted to complete a “Cold Water Challenge” of jumping into Recharge Lake and were almost struck by lightning.

Sarah Vandeusen, Jenny Long, Caleb Clark, Shelby Jordan and Tabitha Hameister were challenged via Facebook to complete the “Cold Water Challenge,” a new social media trend where people take video themselves jumping into a nearby body of cold water and challenge three others to do the same within 24 hours.

Attempting to stay within their limited time frame, the group of students headed out to recharge lake at about 5:15 p.m., Wednesday evening despite the fact that a severe weather watch was in effect for the area.

“When we were driving t the lake we made a joke about the thunderstorm, and then it became very real once we got out there that it was scary,” Jordan said. “It probably wasn’t the best idea and we learned our lesson very quickly.”

Their close call was caught on camera by Chloe Pittman, another York College student. In the video, the students are about to jump into the water when a large white flash of lightning and loud boom of thunder take them by surprise.

York College is associated with Churches of Christ.