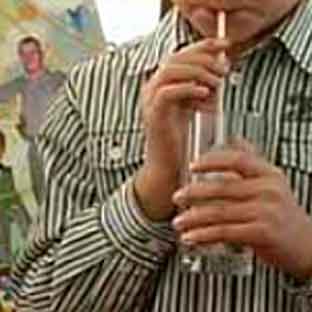 
Last year our post about a 9-year-old boy in Arkansas summarizing what he learned through daily Bible reading got a lot of attention — 146 comments and nearly 300,000 views.
Now, a video produced by Eastern European Mission shows that children’s knowledge of God’s love isn’t limited to the United States.

A boy in Ukraine blows bubbles into a glass to demonstrate man’s futile attempts to fill his own soul. (Photo via eem.org)

Workers with EEM — a church-supported ministry that provides Bible and biblical literature to churches, schools and individuals across Central and Eastern Europe — visited School No. 16 in Rivne, Ukraine, recently.
The school is receiving a shipment of Bibles and literature from EEM, financed through its recent Million Dollar Sunday (which raised more than $1.5 million, EEM reports).
At the school, a teacher introduced the visitors to a young boy who had won the school’s Bible Story Presentation Competition recently. Using a glass of water, the boy demonstrated how man’s efforts to fill the void in their lives fail. Using a bit of stagecraft (and some dish soap, we’re guessing) he then demonstrated how God can fill us to the point of overflowing — literally.
“We had to look hard at each other to make sure we were really seeing what we thought we were seeing,” said Richard Baggett, EEM’s vice president for advancement, in a blog post. “Never did we expect to have this experience in a public school in a major former communist country.”
These kinds of competitions are common in Ukraine’s public schools nowadays. Last year, I visited the city of Ivan-Frankivsk with Baggett to see firsthand how a new generation of Ukrainians, who grew up after communism, is embracing the Christian faith through ethics classes taught in the schools.
At Public School No. 11, we met high school students who had won a national Christian ethics competition. Their Bible knowledge and devotion to their faith was astounding.
Here’s an excerpt from a story I wrote about the visit: 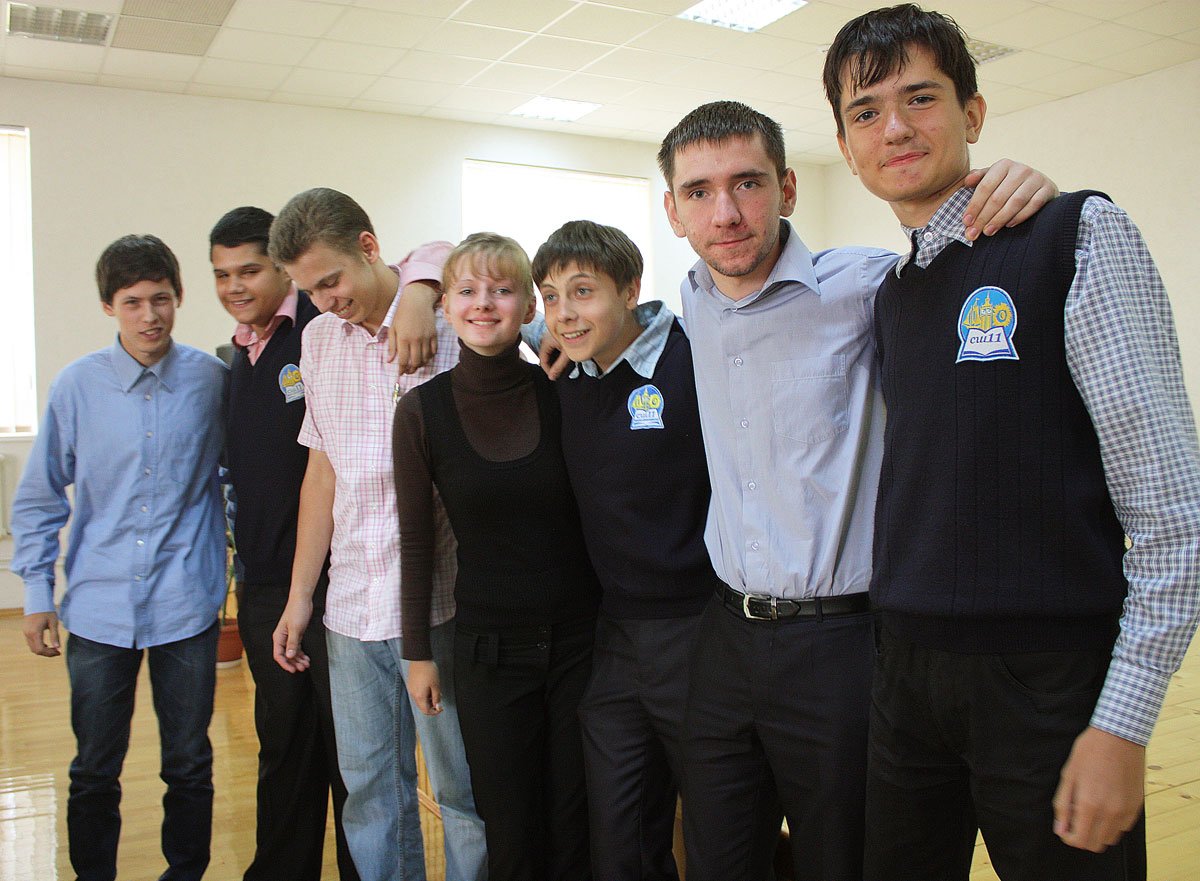 The seven-member academic team from Public School No. 11 in Ivano-Frankivsk won a national competition for Bible-based character in Ukraine. (Photo by Erik Tryggestad)

The academic team at Public School No. 11 represents the first generation of Ukrainians to grow up entirely free of the Soviet Union.
Despite decades of communism, the people of Ivano-Frankivsk kept their faith close to their hearts — and instilled its value in their children.
“We know that Christianity is the greatest treasure we have,” says Kozak, 17, one of the team members. “Now the people of Ukraine can believe in the God they want. After 70 years, people want to believe in the Master who loves us.”
After meeting the students, Nickoli Plaksin, a Ukrainian church member and distribution manager for EEM, beams with pride.
“That’s the future of my country,” he says.