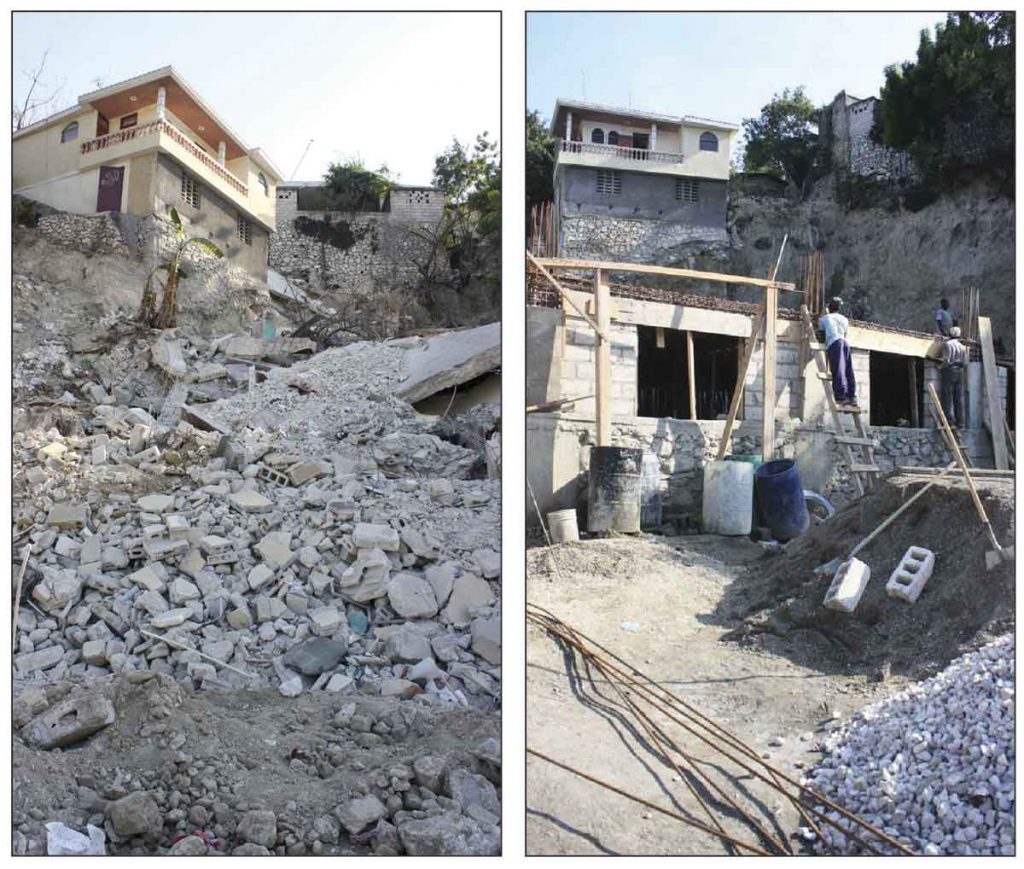 New on The Christian Chronicle’s website is a web-exclusive report from the Delmas 28 Church of Christ in Port-au-Prince, Haiti.
Three days before the anniversary of the 7.0-magnitude earthquake that destroyed much of the city, I worshiped with the Delmas church at the site of its new facility — still under construction. 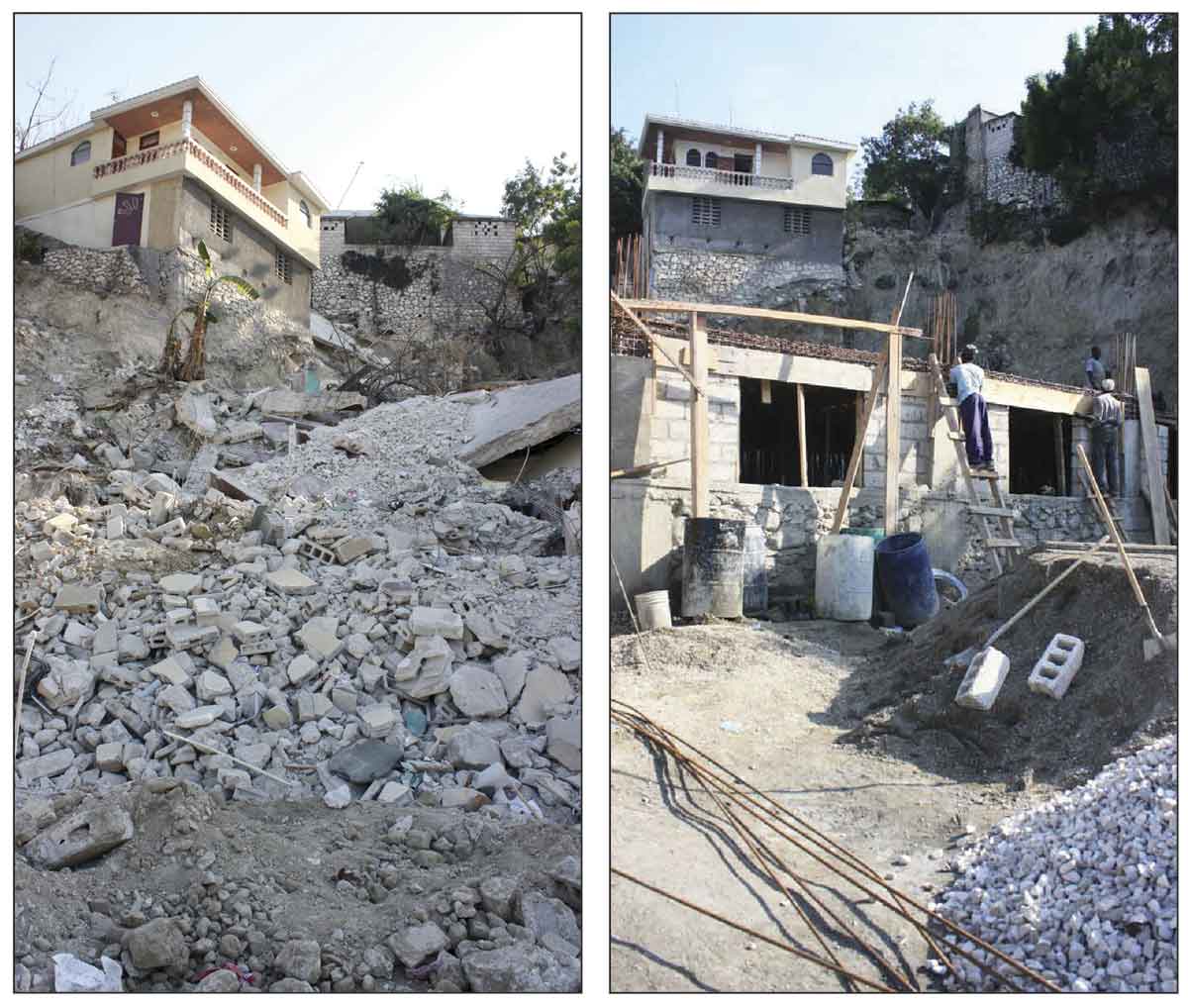 Left: The remains of the Delmas 28 Church of Christ in Port-au-Prince in February 2010. Right: The church building under construction in January 2011. (Photos by Erik Tryggestad)

When I first visited the site in February 2010, the church building was a pile of rubble and broken chairs. Here are before-and-after photos from the site. (I tried to get as close to the same angle as I could, but the spot where I was standing in 2010 was a pile of cleared-out debris in 2011. That’s the same house at the top of both photos.) 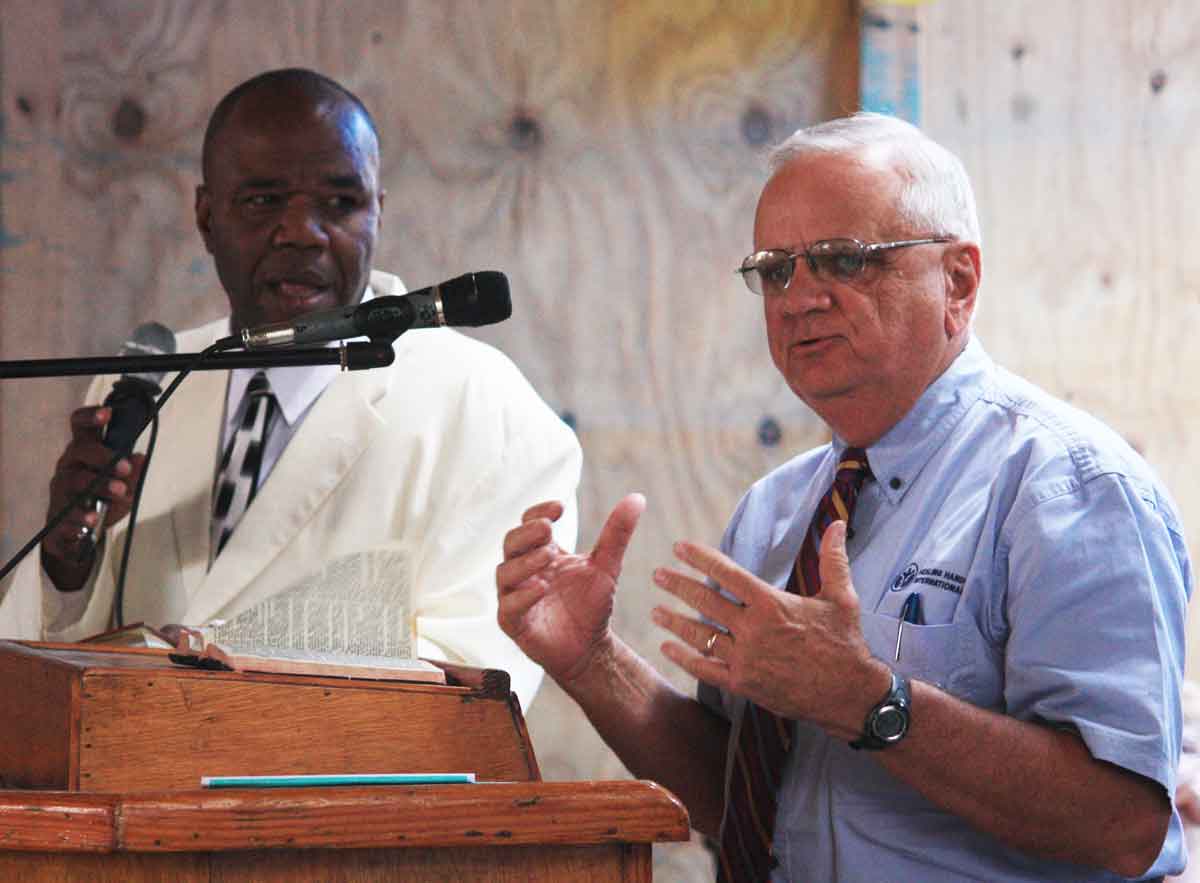 Harry Hames, my host and tour guide during the trip, spoke briefly at the Delmas church and compared the trials of Haiti to the trials of Job in the Old Testament, as I report in the story:

“Why? Why the earthquake? Why the hurricane? Why the flood? Why the cholera? Why the demonstrations?” Hames asked, as Elmera translated his words into Creole. “God taught Job that it’s better to know God than just the answers.”

“Suffering can strengthen our faith or it can destroy it,” Hames said. “We have to make the choice. I see by you being here that you’ve made the right choice.”

Here are few other photos from Sunday: 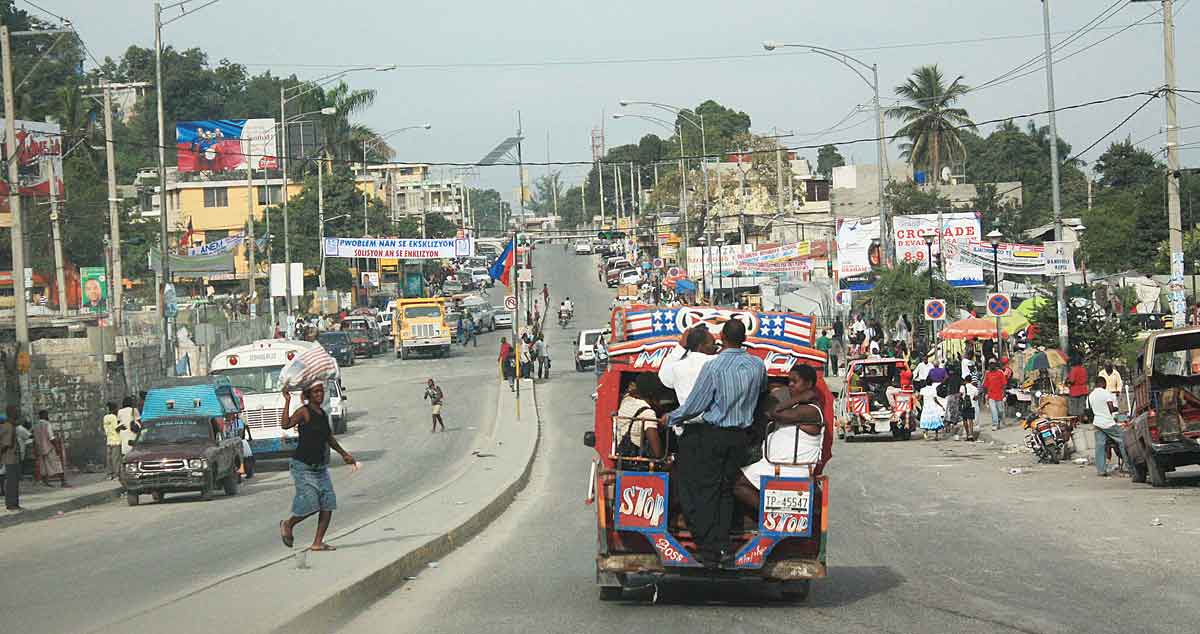 The people of Port-au-Prince squeeze into “tap-tap” taxis on their way to church. (Photo by Erik Tryggestad) 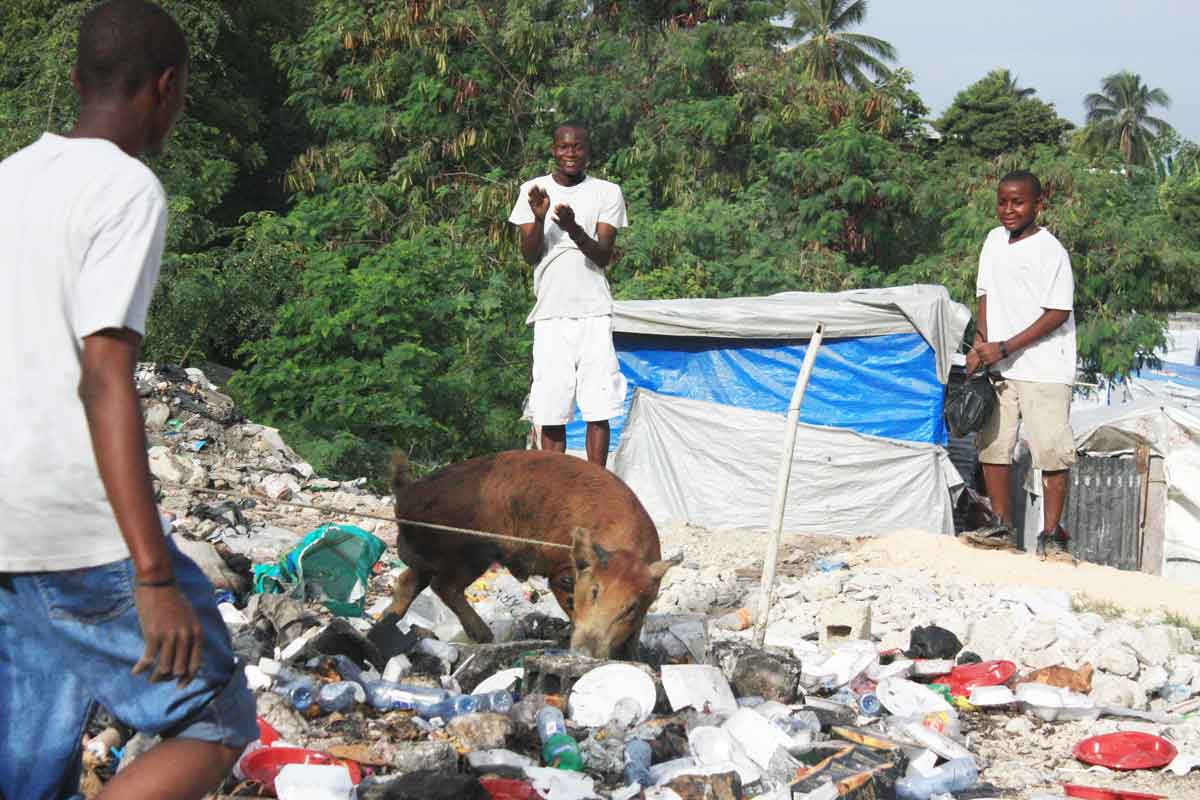 A pig eats trash alongside the streets of Port-au-Prince. (Photo by Erik Tryggestad) 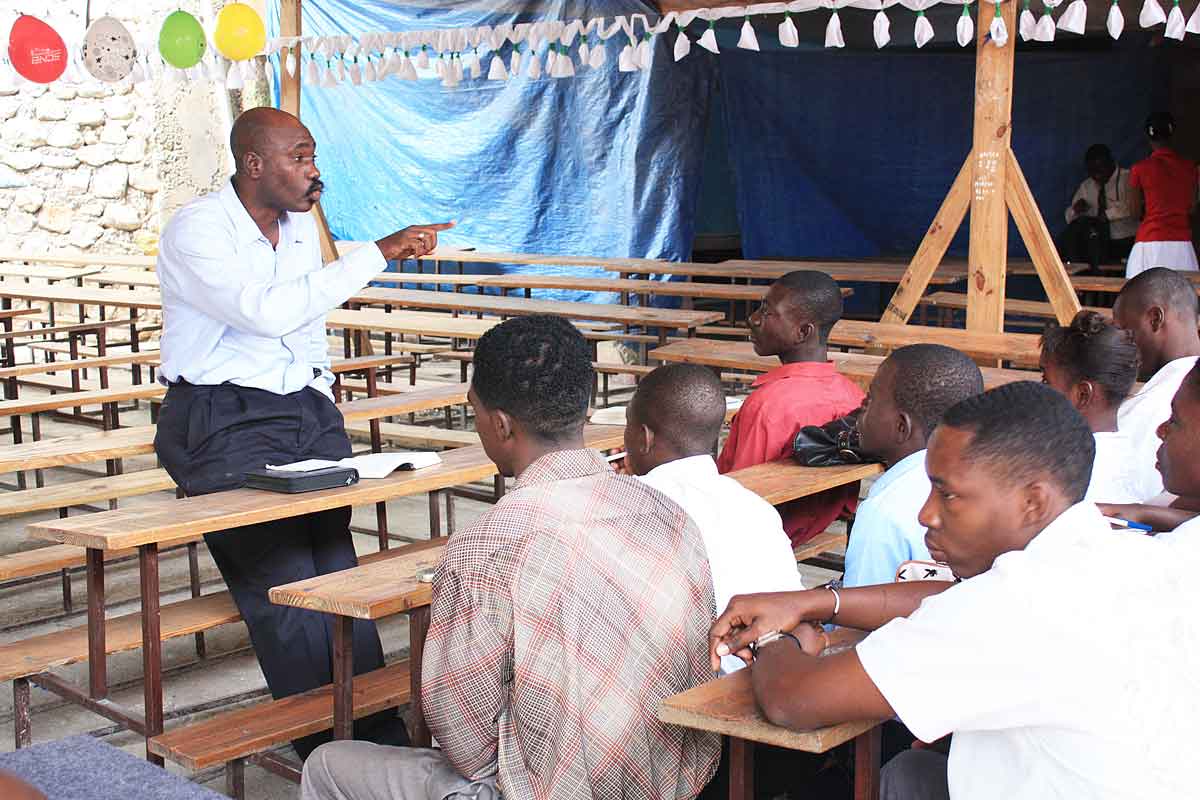 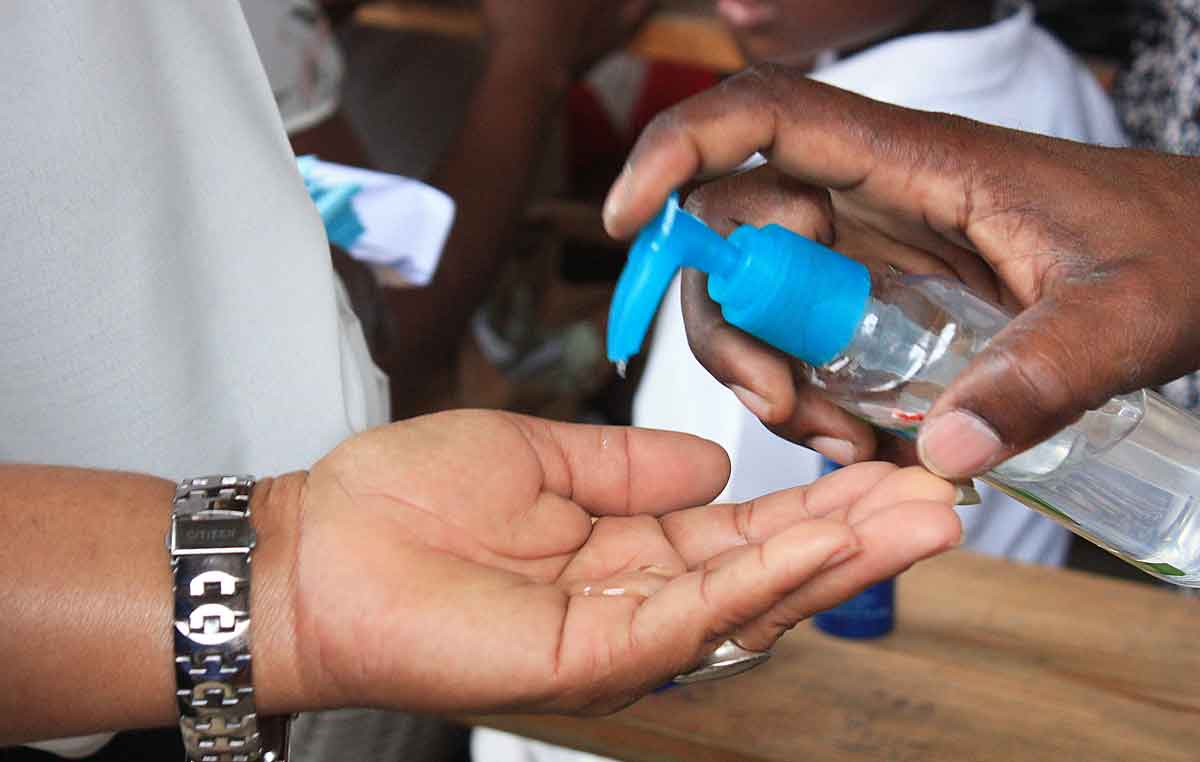 To prevent cholera, a church member gets a shot of hand sanitizer from Maxius Gabriel. (Photo by Erik Tryggestad) 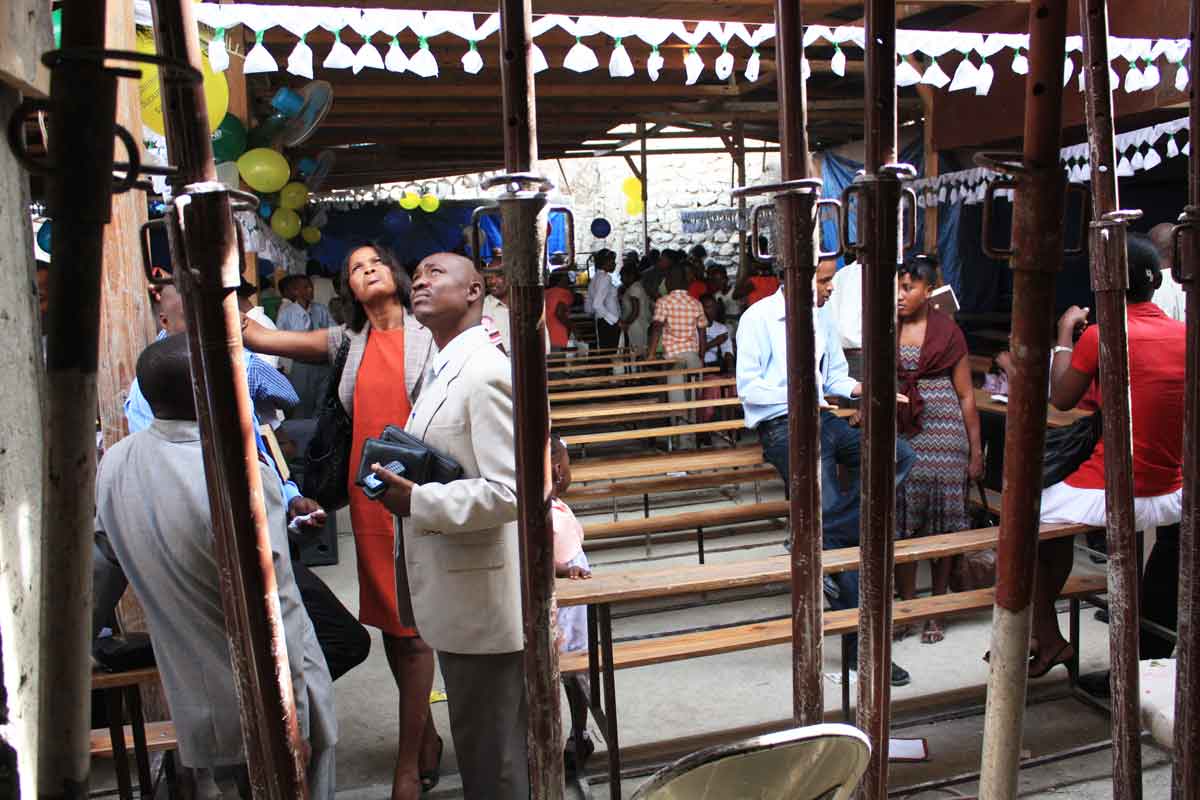 After worship, church members take a look at the construction in process at the Delmas church. (Photo by Erik Tryggestad)