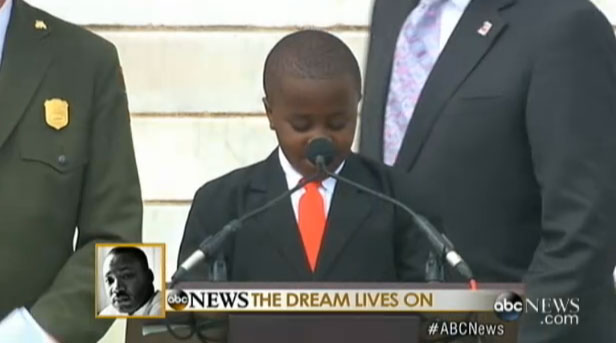 Video: ‘Keep dreaming,’ says Kid President at 50th anniversary of MLK’s ‘I Have a Dream’ speech


Internet sensation “Kid President” — also known as 8-year-old Robby Novak, who attends the Estes Church of Christ in Henderson, Tenn. — spoke briefly during the 50th anniversary commemoration of the March on Washington for Jobs and Freedom.
The 1963 march was highlighted by Martin Luther King Jr.’s “I Have a Dream” speech. A half-century later, the featured speaker was President Barack Obama.
Earlier this year, Novak visited his fellow president in the Oval Office.